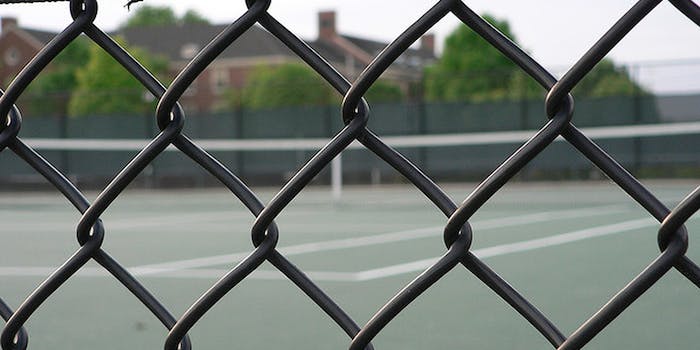 Next up: Finnegans Wake.

It’s unclear if Kevin Griffith is the coolest dad in the world or the cruelest: the Capital University English professor had his 11-year-old son, Sebastian, construct Lego versions of more than 100 scenes from the late David Foster Wallace’s magnum opus, Infinite Jest.

If you’re among the countless readers who have failed to put a dent in the densely annotated tome—or someone who finished and won’t stop humblebragging about it—don’t worry: Sebastian didn’t read the novel himself, presumably because it weighs more than he does. Instead, his father selected and explained crucial passages and let the kid run with them.

Here, to take a few examples, we have the preamble to athletic prodigy Hal Incandenza’s opening psychotic episode, a conversation between secret agents, part of a tense match at Enfield Tennis Academy, and snippets of the novel’s hallucinatory coda. Casting a Nelson Muntz figurine as recovering drug addict Don Gately is a particularly inspired choice. 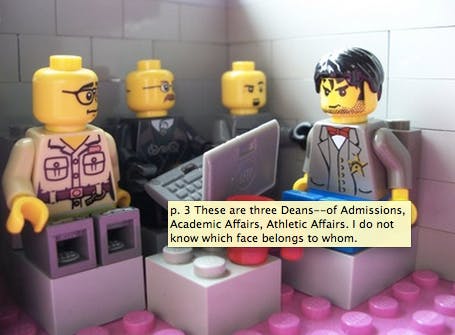 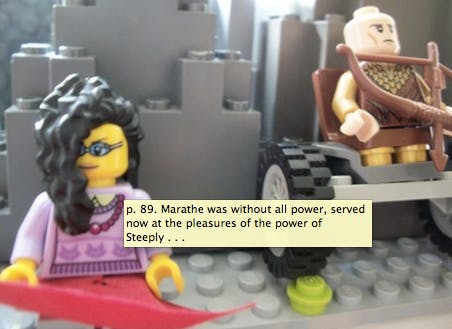 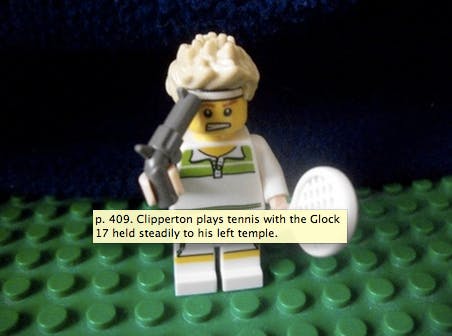 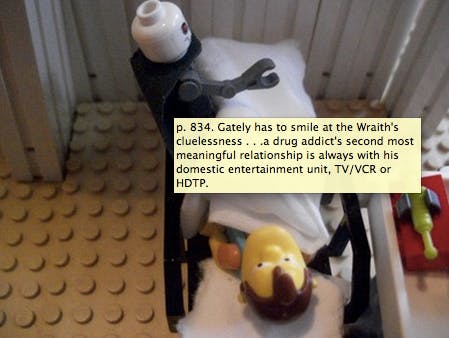 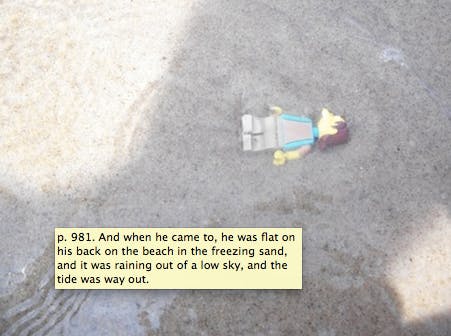 Sebastian’s work joins a crowded field of fanart surrounding the cult classic—check out some alternate covers, an interactive map, and this Byzantine character diagram, for example. In the meantime, we await some visual approximation of the vortex of transcendental boredom that lies at the center of Wallace’s unfinished The Pale King, though we’re not getting our hopes up.