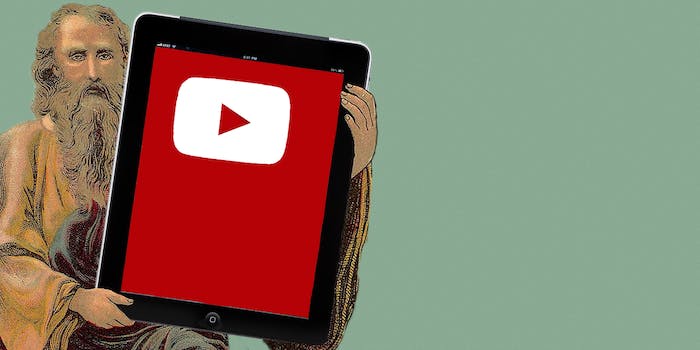 YouTube fans often approach their community with a religious zeal, so it’s only fitting that Frederator Studios’s recent ebook release about conquering the video space has a biblical flair. The 10 YouTube Commandments lays out the channel’s guide to YouTube domination in 2014, from authenticity to managing collaborations.

The studio may be best known for its TV series like Adventure Time, but the Frederator team has also built an impressive YouTube offering with more than 1.2 million subscribers on their Cartoon Hangover channel for projects like Bravest Warriors and Bee and Puppycat. Matt Gielen, director of programming for the company and author of the ebook, outlines Frederator’s 10 key tips for content creators looking to make a mark in the YouTube space.

The tips range from the obvious—creating good content tops the list—to the nuanced, such as tips for creating effective thumbnails that delves into the specifics of word placement, color, and the types of faces that work the best. Instead of simply telling readers what to do, Frederator shows actual engagement graphics that illuminate how the strategies they promote have affected their own programming choices.

Spoiler alert: The final commandment, in true DIY fashion, is to forget the previous nine rules and pave your own way. Despite that, the ebook’s release on the eve of VidCon makes it key pre-reading before the hoards of content creators, brands, and fans descend on Anaheim, Calif.