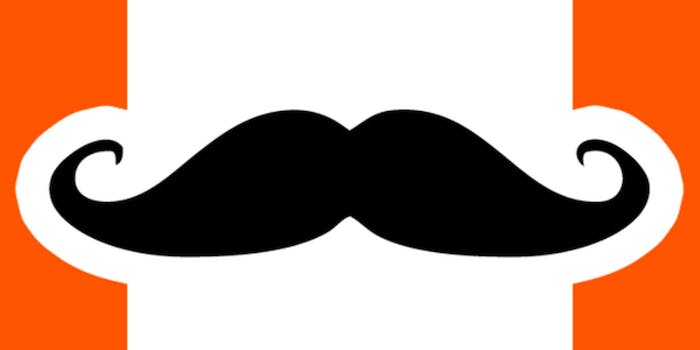 These are the shows that emerged strong, got even better, and are poised to have a big year in 2013.

Gaze back on the story of podcasting in 2012 and you may notice conspicuously few major new players.

Consider some of the biggest highlights: the purchase of Nerdist by Legendary Entertainment (and news of its full-season pickup by BBC America), the debut of Comedy Bang Bang on IFC, the industry’s first stab at a truly all-encompassing awards ceremony in the form of the Stitcher Awards, President Obama’s appearance on The BS Report, and the comedy podcast-focused Los Angeles Podfest.

All of these are milestones for the medium, but they’re developments dominated by players who have, at this point, been on the podcast scene for years. But what of the new shows, the recently emerged podcasts that have spent the year tightening their games and building their audiences? With the year drawing to a close, Podspotting flags up the 10 best new podcasts of 2012—the shows that emerged strong, got even better, and are poised to have a big year in 2013.

Comedian and writer Chelsea Peretti has an enviable resume, with guest appearances on Louie and The Sarah Silverman Program, credits writing for the Village Voice, and even a gig writing for two seasons of Parks and Recreation. Her podcast, Call Chelsea Peretti, lets her bust out the comedy chops that have made her such a commodity, as Peretti responds to messages from listeners. There’s no real theme; listeners can call in to ask about everything from relationship mores to diabetes. Although Peretti can be a serial abuser of shortened forms of words—“sitch,” “convo,” etc.—she tackles questions with a sardonic irreverence that makes for fun listening.

OK, so this choice is a mild cheat: Alec Baldwin’s ceaselessly erudite, almost oppressively classy interview show Here’s The Thing actually released its first episode in the waning months of 2011. But the podcast was mere weeks old when 2012 began, and this year has found the show truly finding its groove, with Baldwin speaking to a wide range of thinkers and cultural players to consistently entertaining and intriguing results. Of particular note is the show’s stellar David Letterman interview, in which Baldwin skillfully pierces through one of show business’ most guarded personalities, leading Letterman to recount a fascinating series of anecdotes, covering even his very first gigs in television. That kind of quality is worth bending the rules a little for.

PodCRASH is another podcast that sneaks onto the list somewhat illegally, having started at the tail end of 2011. But it, too, found its footing in 2012, as “nerdlebrity” Chris Gore, the movie geek and comedian founder of Film Threat and regular film commentator on G4’s late Attack of the Show, embraced and perfected the podcast’s odd format. Every week, Chris Gore quite literally crashes another podcast; the show features Gore appearing on a different podcast each week, with added commentary from Gore. And it’s not just comedy podcasts; sure, one episode features Gore appearing on Paul Gilmartin’s Mental Illness Happy Hour, but he also pops up in podcasts on subjects as disparate as Doctor Who and crafting. It’s probably the most meta podcast yet conceived, but it’s a great way to get introduced to new shows, and a consistently interesting listen for fans of the medium.

Like most of us, Andrea Seabrook found herself growing increasingly frustrated during 2011’s debacle of a debt-ceiling debate, as the nation stood on the brink of a default and politicians used the media to take cheap shots at each other. Unlike the rest of us, Seabrook decided to do something about it, leaving NPR to start DecodeDC, a podcast that aims to go behind the rhetoric of politics and decipher the truth behind the massaged media messaging. DecodeDC’s true debut will come in 2013, when the show, which has support from the Mule Radio Podcast Syndicate, Soundcloud, and a very successful Kickstarter campaign, will begin releasing episodes on a regular schedule. But even with only four episodes under its belt, the podcast is already a refreshingly straightforward look at politics that’s tackled everything from the neuroscience behind party politics to the carefully managed staging of political events. It’s savvy, honest, entrepreneurial reporting, and I have every reason to think it will be a must-listen show in 2013.

If NPR’s Wait Wait … Don’t Tell Me! is your favorite audio-delivered comedic trivia show, it’s only because you haven’t heard International Waters yet. Jesse Thorn of Bullseye/Maximum Fun fame dials up the goofiness to 11 in this monthly show, which pits teams of comedians from the United States and the United Kingdom (or, in one case, Canada) against each other for quiz dominance. The pop culture-centric questions give comedians ranging from Michael Ian Black to Andy Zaltzman to Janet Varney ample opportunity to riff, with Thorn awarding two points to correct answers and one point to answers that amuse him. You may not learn much, but you’ll laugh … a lot.

There’s probably no show that better exemplifies the virtues of narrowcasting then Fatman on Batman, Kevin Smith’s weekly opportunity to gab about the Caped Crusader with guests ranging from Adam West and current Batman writer Scott Snyder to acclaimed Batman: The Animated Series writer Paul Dini. By definition, it’s not a show for everybody; those without a fanatical love for Batman need not apply. But if you enjoy your Batman—and the billion-dollar gross for The Dark Knight would suggest that a lot of you do—you’re likely to be as engaged and disarmed by Smith’s clear devotion to the character as his charmed guests are. The discussions are deep, insightful, and every bit as relentlessly geeky as they need to be, while Smith’s skills as a host and raconteur keep the conversations fun and inviting.

Of all the comedy podcasts in the land, The Dana Gould Hour is probably the one that best approximates the joys of a late-night talk show—albeit an especially demented, unrestrained one. Every week Gould (a comedian and comedy writer who’s penned episodes of The Simpsons) and a smattering of guests hold court for well over an hour—the name is a loose suggestion, at best—with monologues, interviews, conversations, the occasional sketch, musical performances, factoids, and other interludes. It’s a freewheeling format that finds most episodes zeroing on a specific topic, like manliness, theme parks, or conspiracy theories, and hitting a number of different beats on that topic. The resulting podcast is a weird kind of brilliant, full of variety, fast-moving, well-produced and endlessly entertaining. No less an authority than Patton Oswalt once called Gould the founder of alt-comedy, and The Dana Gould Hour displays Gould at his smart, funny best.

Here Be Monsters has as quixotic an origin story as any podcast out there: In 2010, host and creator Jeff Emtman decided he wanted to face his fears and insecurities head-on, and decided audio was the medium to do it in. Two years and one Souncloud fellowship later, he created Here Be Monsters, a podcast loosely about the freaky and the unknown. Every week, Emtman or one of his contributors talks to somebody who’s had an experience on the fringes. One episode dives into the world of the Juggalos. Another features a conversation with an unnamed professor, who shares his experience of (temporarily, as it turns out) dying. Another, especially cringeworthy episode talks with someone who was circumcised at the regrettably late age of 12. Here Be Monsters is one of the most unpredictable podcasts out there; it’s impossible to know what subject any given episode may tackle, giving the show a wonderfully eccentric, free-roaming vibe.

What exactly, is Good Job, Brain! anyway? It’s a little bit quiz show. It’s a little bit strange, offbeat news from all corners of the world. But, at the end of the day, it’s the perfect show for trivia nerds—folks who live to yell at their TV during Jeopardy!, who prefer to visit their favorite bars on quiz nights, and whose favorite party game is Trivial Pursuit. Hosts Karen Chu, Colin Felton, Dana Nelson, and Chris Kohler quiz the audience and each other, share trivia, discuss oddball news and true stories, and toss out more dinner party-worthy factoids than any other podcast out there. It’s an impossibly geeky, incredibly exuberant, just-plain-interesting weekly hour of infotainment that’s so winsome that the show had no trouble finding funding from fans on Kickstarter.

Audio drama dates back to the earliest days of radio, so The Truth’s format—“movies for your ears,” per the show’s tagline—isn’t earthshaking in and of itself, even if it is a pleasant departure from the interview and/or commentary format that dominates most podcasts. What makes Jonathan Mitchell’s audio-fiction program so captivating is how incredibly well-executed it is, and how unquestionably modern it feels. Longtime radio veteran Mitchell debuted his podcast with a 2010 radio piece, the quiet tragedy of “Moon Graffiti”—a “what if?” tale imagining the final moments of Neil Armstrong and Buzz Aldrin in a reality where the Apollo 11 mission failed.

The Truth received a blast of attention when another of its episodes was featured on This American Life, and in the final months of 2012 released a spectacular triptych of episodes that wove Halloween and the election season together for a series of politically themed horror stories. “That’s Democracy,” which begins with a disgruntled teacher and an unruly classroom and ends with an act of shocking violence, may have been the tensest, most uncomfortable, most unforgettable single podcast of the year. There are other podcasts doing audio drama—many quite well—but none combine interesting writing, strong performances, and excellent production quite as ably as The Truth. The show is still finding its footing, releasing episodes sporadically, and some of its best episodes were older radio productions repurposed for the podcast. But the wait for each episode is more than worth it, and it will be interesting what tricks the show pulls out of its hat for year two—starting with a live episode to be recorded at the New York City Podfest in January.

Correction: Chelsea Peretti has written for two seasons of Parks and Recreation, not merely the fourth season, as originally stated.