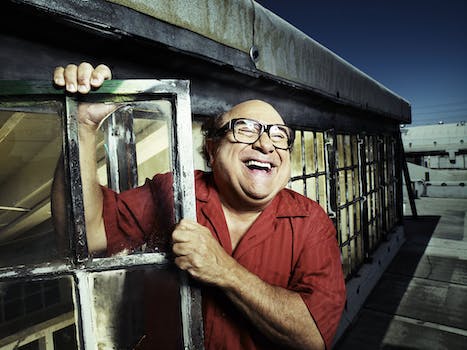 Ten seasons later, it's still crawling like a lightly racist and homophobic cockroach.

It’s Always Sunny in Philadelphia—back Wednesday night for its 10th season—has enjoyed almost a decade on the bubble of top 10 lists. On the air for the entire decade between The Wire and HD-fashioned nostalgia for The Wire, the underdog sitcom about terrible people doing profane, bro-y things trucks along with the consistency of a street corner falafel.

All the while, television has been too good for it to warrant a sustained spotlight. To borrow a line from Duck Phillips, nobody wants to write a prose poem to a potato chip in the era of ravenous bloggers and their dissection of the hidden intentions found in True Detective, Mad Men, and Lost.

But it’s still crawling like a lightly racist and homophobic cockroach, here to down beers and make casual rape jokes. The show defaults to progressive notions (gay marriage, a woman’s right to choose, interracial relationships, immigration) but does so with mildly alienating blunt force. The ever-lasting parallel is Seinfeld but about crack: sociopaths that scheme about petty things like winning a radio contest where the reward is the chance to shoot a puck at a Flyers game.

Yet the series is distinctly weird, critically endorsed, and delightfully lived-in. As such, its appeal floats with the smartest American high school kids. Having spent the past month burning through the series on Netflix, without previously tuning in, the bottom line is that I can’t stop laughing at it.

If you’re like me and haven’t made time to search for whatever the hell FXX is, cue up these 10 episodes on Netflix and try not to lose it.

“I would have gone in and bought a box of Magnum condoms, thus demonstrating that I have a monster dong.”
— Danny DeVito as Frank Reynolds

In this one, Dennis, the gang’s default leader, outlines his six-step method of seduction. It involves emotional abuse and manipulation, but it’s basically a send-up of pick-up artistry as his hyperstylized methods don’t alter much from the work of real-life Tinder scumbags.

“Look, we’re going to rehabilitate the dog. We don’t want it to attack other dogs. Now, we would like for it to attack people.”

Charlie and Frank become lasting roommates throughout the series, and my favorite running principle is that without interference from the rest of the gang, their particular schemes quickly devolve into vicious, demented anarchy. To find Frank a woman, Charlie pretends to be a Southern millionaire; the plan is that the prospective date will fall for Frank, posing as the limo driver. This is, of course, entirely illogical.

Mac and Dennis feign interest in the abortion debate and at abortion rallies to hit on very different women, while Charlie discovers that he may be a father. It’s an early episode from season 1 where the word “fag” is nastily used by an intentionally loathsome character; that doesn’t make it OK, and it’s a perpetual hindrance the show lives with.

The gang has to find a job, and this leads our heroes toward a short stint at a TGI Friday’s-esque restaurant wherein they overdo it on free drinks and unlimited dips. Meanwhile Frank reunites his ’50s street gang, the Yellow Jacket Boys.

“Wake up, my brown friend; it’s time to change your life.”

The gang concocts a home invasion and kidnaps a Mexican family with the noble intention of giving their home an Extreme Makeover: Home Edition-inspired sprucing up. Everything goes terribly wrong.

6) ‘The Gang Wrestles for the Troops’

“The eagle’s born out of thunder / He flies through the night / Don’t you mess with his eggs now / …or you’ll see us fight!”
— Birds of War theme song

The gang decides to put on an ’80s patriotism-inspired wrestling show for the troops. They present themselves as the Birds of War, the theme song is amazing, and nobody responds to the pageantry.

“Whether or not Mac ends up living here, you need to stop eating cat food.”

Once again, Charlie and Frank are left alone long enough to hatch chaos. In this case, it’s rescuing a cat stuck in Dee’s wall by… dropping several more cats into the wall.

In this veritably heartwarming seasonal episode, back-stories are unearthed and Charlie bites a mall Santa in the neck.

9) ‘The Gang Reignites the Rivalry’

“We totally poisoned your asses!”

This episode could have been the most post-frat house, escapist fantasy bullshit ever: 30-year-old men hook up with coeds and party. Instead, it perfectly captures the time in a person’s life when they realize that they’re entirely disconnected from what is youthfully hip. But there’s no chamber of reflection; instead, the gang wins a drinking competition by poisoning their more able-bodied rivals.

“She also transcribed my work into a format you might consider a little bit more legible.”

Charlie writes a nonsensical musical during this season 4 finale. It’s elaborate, catchy, and achieves peak Sunny. When you think of the all-time greatest individual sitcom episodes—”Marge vs. the Monorail,” “The Soup Nazi,” “A Benihana Christmas“—this has to be a conversation starter.