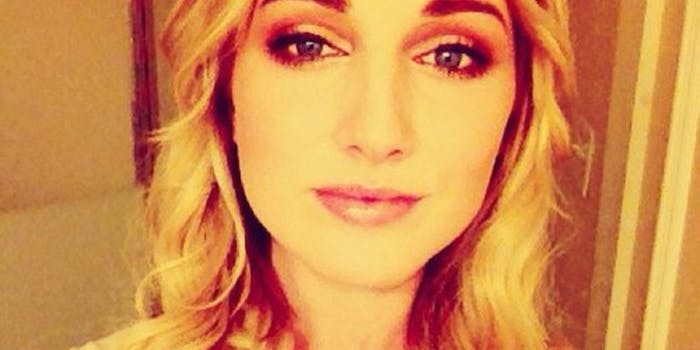 These aspiring comedians won't be tweeting under the radar for much longer.

Everyone has 140 characters to work with, a constraint that forces users to get straight to the punchline and to respond to current events with sharp timing and even sharper wit. It’s the one arena where unknown comedians get the same billing and opportunity (if not audience size) as established celebrities like Steve Martin and Aziz Ansari.

Rob Delaney and Megan Amram have already used Twitter as a springboard to launch their careers on the comedy circuit. That begs the question: Who’s next?

The Daily Dot rounded up the 10 of the funniest comedians currently tweeting under the radar on Twitter.

O’Hurley offers the “girlfriend experience”: “I come to your house, smoke all your weed and spew cunty nonsense for a small fortune.” Her hysterical Twitter feed serves a similar function. Under the alias Slashleen, O’Hurley regularly spouts graphic descriptions of sex and her homelife that are NSFW in all the right ways.

“Sometimes I feel like an adorable little raccoon, but then I realize I’m actually shitfaced and crawling in garbage.”

Despite his memorable Twitter handle, @fart, Hendren’s wordplay humor and wry observations offer far more than toilet humor. Hendren, who occasionally writes for Something Awful, is a prolific tweeter, often offering dozens of quips per day that are likely to raise a smile.

“it would be pretty badass if people never stopped growing and old people were like 30 feet tall. anyway thanks for coming to my TED talk”

Nope, not the PGA golfer. Daly’s surreal non sequiturs may have you scratching your head before laughing, but the subversive nature of his tweets is such that they’ll burrow their way into your mind before likely making you bust a gut.

“Does Tilda Swinton live in a house or does she just walk slowly into the ocean in a bridal gown in between movies?”

“‘this doughnut is gonna go straight to my thighs,’ i said as i smashed it and smeared the custard on my legs, without breaking eye contact”

Better known as The Nardvark, Donaldson is a reactionary, deadpanning comedian, offering brilliantly dry thoughts on marital issues, organized religion, and immigration. Nothing’s off limits for Donaldson. He’s aimed his barbed wit at hipsters, those addicted to their phones, and his daughter.

“Waiting for a paraphrased “America isn’t the greatest” speech from The Newsroom to show up attributed to Obama in a forward from Grandma.”

Brendan, whose last name is unknown, is keen on wordplay, poking fun at Kraft Singles, Pringles, and barbecue. There’s plenty of absurdist humor among his 25,000+ tweets as well, and the broad range of subjects means you’ll never get bored of his tweets.

“inexplicably call ur boss ‘shortpants’ until he gets insecure & buys pants that are longer. dont stop til he looks like a kid in dad clothes”

Stefan gained attention earlier this year by pointing out the ridiculous things some people post on Facebook and Twitter. There are plenty of other tricks up his sleeve, though.

“Oh, I can’t check my disobedient child with the rest of my luggage? You’re saying I have to carry-on my wayward son?”

“Just literally bumped into the Rev. Jesse Jackson. He was annoyed.”

For downright brilliant ridiculousness, there are few better to follow than Cool Pond. The identity of the Twitter user remains unclear, but for those who enjoy a chuckle, there’s really no reason not to keep tabs on Cool Pond’s tweets.

“son we need to talk. your mom and i saw your internet history and it wasnt pretty. frankly, we are concerned. can you seriously not kickflip”