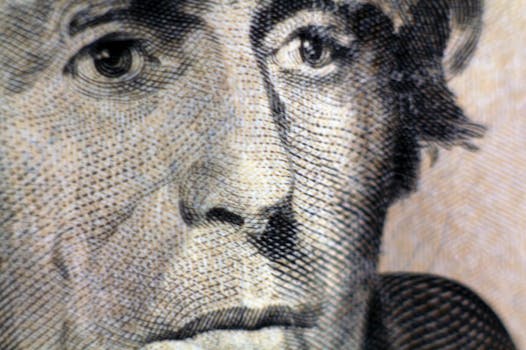 Why isn’t there a woman on any American currency that’s currently being minted?

A recent Internet effort by the group Women on $20s is trying to fix that, pushing the idea of removing Andrew Jackson from the bill by 2020, to celebrate 100 years of women gaining the right to vote. The group has opened an poll on their website, allowing supporters to choose between 15 possible candidates. There are activists like Sojourner Truth, Rosa Parks, Harriet Tubman, and of course, Susan B. Anthony, political figures such as Eleanor Roosevelt and Barbara Jordan, and other women who have sent historical milestones like Clara Barton.

There are a few valid reasons behind the operation, the least of it concerning Jackson’s policies with Native Americans during his administration, which led to the passing of the Indian Removal Act. The ruling pushed thousands of Native Americans out of their ancestral lands on a journey that became known as the Trail of Tears. Besides instigating genocide and the fact that our seventh president was also against the idea of paper money, the group says that it’s simply the right time to put a woman on currency. The people depicted on our money have not been altered since 1928.

There are very few restrictions on what portraits go on currency. According to rules established in 1929, the person has to be dead, recognizable to the general public, and approved by the Secretary of Treasury’s approval. President Obama has gone on record saying that having women on a American currency is “a pretty good idea” after a young girl wrote him a letter proposing for him to take action on it. Going through with the change would act as a signifier of gender representation in history, creating a sense that there was some impact by women in American history.

“We believe this simple, symbolic and long-overdue change could be an important stepping stone for other initiatives promoting gender equality,” the Women on $20s mission statement says. “So together, let’s make our money egalitarian and inclusive!”

Americans are used to seeing men on their currency. All of the paper bills and coins currently in circulation feature a white man.

According to the U.S. Mint, four women have been featured on circulating currency. Martha Washington was the first, appearing on the on the $1 silver certificate in the late 19th century. Susan B. Anthony was on the dollar coin until 1981, and Helen Keller is on the back of the special edition Alabama quarter released in the early 2000. Lewis and Clark guide Sacajawea (or a likeness of her) was on the golden dollar, becoming the bane of cashiers and people who pay for subway passes in cash. However, none of these coins are still being produced for public use, although you can still find them in circulation. Besides a few commemorative coins and a special set of first spouse coins, the full list is quite small.

It’s a shame because there are far more women that have contributed to our nation’s history than just this small handful of ladies. Besides the 15 candidates suggested by Women on $20s, there were more that didn’t make the cut, including aviator Amelia Earhart, poet Maya Angelou, astronaut Sally Ride, and Jeannette Rankin, the first woman elected to Congress. All of them are women that have contributed to women’s rights in some fashion, political leaders that are remembered in our history textbooks, but not commemorated by holidays, on statues, or on currency.

This isn’t the first effort of its kind, as both Canada and U.K. groups have organized similar campaigns. The Women’s Room, a British media advocacy organization, took issue with the Bank of England in 2013 when it decided to remove all women (besides the queen) from banknotes, replacing Elizabeth Fry with Sir Winston Churchill. In response to the campaign, the bank announced Jane Austen would be featured on the 10 pound note.

In 2011, the Bank of Canada canceled a plan to display the Famous Five, a group that sought to get women recognized as people in 1867. Instead, the new $50 bill featured a picture of an Arctic icebreaker, a ship. Thousands signed a petition requesting that the governor of the Bank of Canada would consider featuring important female historical figures. If you go to the Women on Banknotes website, you’ll find a never-ending page of ideas submitted by supporters, from Canadian artists to historical pioneers and politicians.

These campaigns were done to symbolically and literally raise the profile of women in their respective countries as government officials sought to diminish them. For all efforts, it comes down to representation and acknowledgment. If America can have a president on one of our bills that initiated racial genocide, then why can’t we have a person whose contributions have improved our country?

Regardless of which one of the 15 figures gets chosen to spearhead the Women on $20s campaign, it’ll be a step toward creating equal gender representation and showing future women that they can also contribute to history.