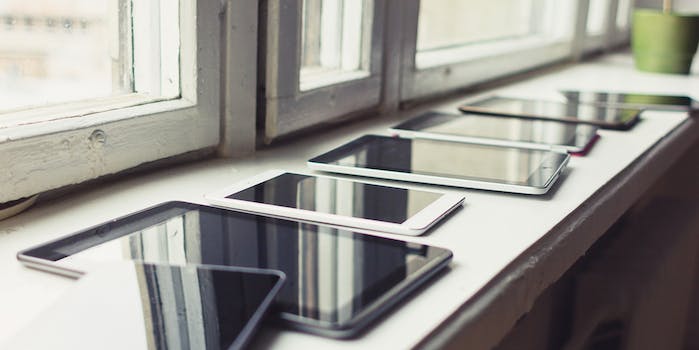 A farewell to ownership

WalMart's $99 PC illustrates that when it comes to our data, we don't own. We just rent.

Just in time for holiday shoppers, Walmart unveiled a $99 PC with no mouse or keyboard, and only 16GB of storage. The product isn’t very surprising; Walmart has a long history of breaking out bargain bin electronics just short of Black Friday, and the desktop market as a whole has been pulling strongly towards stripped-down, low-storage models reminiscent of Chromebooks.

But when the world’s largest retailer makes such a device the hallmark of its busiest season, one can reasonably deduce that the popularity of such a computer speaks to something rather odd happening in our digital culture. As we move further away from local storage as a selling point for our devices—be they smartphones or desktops—we depend increasingly on cloud services like Dropbox and streaming services like Netflix. What we’re left with are empty devices that simply take us from place to place, server to server, only visiting what would otherwise be our own possessions.

While most might see cloud services like a self-storage container they’re simply renting to hold extra stuff, there is a solid argument to be made that your ownership of files and data becomes less and less “yours” the more of it you store on services like iCloud and the Amazon Cloud. The moment you upload your coursework to Google Drive, you’ve rescinded a modicum of control over something that, if left in your My Documents folder, would otherwise be entirely yours.

And it’s not that absurd an argument: When dozens of celebrities had their iCloud accounts hacked and nude pictures subsequently leaked last August, many expressed shock that their personal belongings could be so mishandled by Apple. In this way, the iCloud was less like a place for their photos to stay awhile and more like a valet service taking control of their property.

Which is where Walmart’s dirt cheap PC comes in. If your nude selfies are stored on a local device—even one connected to the Internet—they are significantly safer and, therefore, “more owned” by you. The way the celebrity photos were obtained speak to this. Far from some high-level infosec wizardry, most of those iCloud accounts were likely accessed by simply guessing the answers to security questions.

So when you buy a low-storage device like the one premiered by Walmart, you’re undoubtedly encouraged to give up ownership of your files to Microsoft’s own cloud services (one reason many analysts expect the software giant to acquire Dropbox). Similarly, Chromebooks also come with very little storage—the top-reviewed Toshiba model also offers a paltry 16GB.

There are certainly advantages to such a model. Storage is bulky and services like Google Drive often organize files (arguably) better than most file management systems like Windows Explorer. Cloud services as a whole make your files more accessible across devices and make collaboration on projects infinitely easier, a benefit displayed nowhere quite as explicitly as at Github.

But you do lose ownership of the data you share by the simple virtue that you’ve given control over to another entity. Writing for The Atlantic, Alexis C. Madrigal and Robinson Meyer pointed out that connecting all of our devices—making everything more like your smartphone—rescinds ownership of said devices to giant corporations. “You can never own a smart device like [you own] a plunger,” they wrote in September. “You’re always to some degree at the leisure of the company that made the software.”

Smaller storage is also gaining in popularity because we actively don’t need to own as much media as we used to. While iTunes certainly remains successful, streaming is the future of music (no matter what Taylor Swift thinks). Spotify reigns supreme for paid subscription streaming models in the music world,  but YouTube also just unveiled its own streaming service and even Apple might turn the defunct Beats Music into its own streaming competitor.

No company exemplifies this move away from ownership more than Netflix. The top video streaming site isn’t just giving you reason to clear out DVD shelves and old hard drives; Netflix itself relies on the Amazon Web Services cloud to function, meaning not even Netflix truly owns the movies you also do not own. The entire system—from content to consumer—hinges on borrowed ownership.

In the same way an older generation might bemoan the death of vinyl or cassettes, it’s a reasonable expectation that those from the era of iTunes and even Napster before it will soon wax nostalgic about owning music files and the benefits it brings. While I’m never without access to Spotify’s massive catalogue of music, I find myself missing the comfortable constraint of my own music collection. It’s the problem of too many choices. When all I have is a few thousand songs to choose from, I can always find something. But when I’m essentially unlimited in my choices, I struggle to find music I like (an effect once mirrored by the move from CDs to MP3s).

Which might be the final problem of our move away from ownership. When we aren’t limited by the storage of our devices, we risk becoming gluttons. When purchasing or even torrenting an album or show is a succinct decision we have to make, we become tied to the product we get, for better or worse. When infinite content is available to us, however, we can easily skip over a band or movie we might otherwise had been forced to appreciate simply by the limitations of ownership.

I am most certainly an oldhead screaming at a bullet train when I preach for ownership. The surge of low-storage PCs is likely unstoppable and most consumers probably never blink when they trust a cloud service over their hard drive. And as much as I might complain about the bounty offered by streaming, Spotify and Netflix are well worth their respective subscription fees.

But it is worth noting what we’re losing when we trust Dropbox or Netflix to simply manage and store our things for us. Not only do we lose the security and control true ownership offers, but we may find ourselves cursed by the brevity offered by excess instead of the stability demanded by scarcity. While the day we own none of our digital content may seem far off, it’s likely much sooner than we could expect. If it’s worth saying goodbye to the things we used to have, then it’s worth saying goodbye to the act of having.

Photo via Martin Voltri/Flickr (CC BY 2.0)