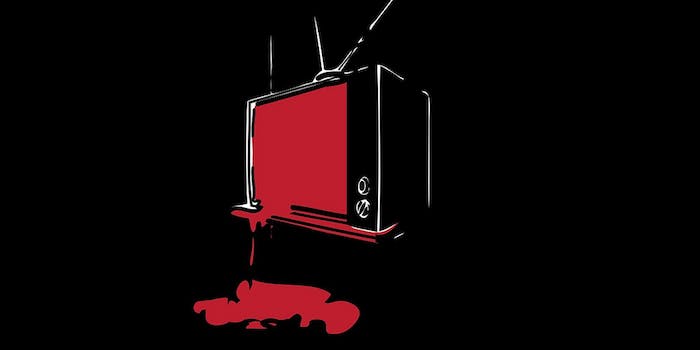 That sound your hearing isn't just '90s dialup. It's censorship.

On Twitter, the most common joke about Verizon’s $4.4 billion acquisition of AOL remembering the latter company as a bygone relic of the dying DSL market. AOL, however, does come to Verizon with an astonishingly lively dial-up business with 2.2 million customers still relying on the sluggish bandwidth of the late ‘90s.

But it seems more likely the former giant’s value to Verizon comes not in those that mainly know AOL as a provider but the advertising technology AOL has built up in recent years. According to comScore, AOL is generally at or near the top of online video advertising each month, largely through its ragtag acquisitions of companies specializing in “programmatic” (or targeted and automated) video.

With AOL’s advanced capabilities in video advertising, Verizon hopes to dominate and monetize original video, especially the growing mobile market. One of the reasons AOL has pursued the video route is its stake in the ownership of several major blogs and sites that produce video, including the Huffington Post, Engadget, and TechCrunch. While that might sound like a flurry of corporate speak tied to some blogs you may read, those three media companies also prodigiously cover many sectors of the economy in which Verizon is deeply entrenched.

What’s left after the acquisition is an enormous opportunity available to Verizon to limit what these three influential sites can and cannot cover. While it’s a tad more likely Verizon might end up selling AOL’s lucrative media properties, Verizon is a company with a history of being very hands-on with websites it owns and administrates, a power it has just gained with some of the most important sites in the tech industry. While Engadget has waned in influence since the exodus of many of its editors (who then went on to found the Verge), TechCrunch is one of the most important eyes watching startups (not least due to TC Disrupt), while the Huffington Post remains one of the most popular news sites on the Internet.

Verizon is a company with a history of being very hands-on with websites it owns and administrates.

It’s unsettling to give such power to Verizon, especially when you consider the amount of reporting done by both TC and the Post on Verizon, as well as coverage of the ISP market in general. Even before this acquisition, the Huffington Post ran hundreds of articles about Verizon and its fights with the FCC, Netflix, and local governments. Likewise, TechCrunch has similarly pronounced coverage about the many controversies involving their newly acquired owner (for TC’s part, they announced the merger by running a tongue-in-cheek ode to Verizon’s notorious reputation).

This might be fine if Verizon’s controlling attitude toward sites it owns were purely hypothetical, but the ISP has a noted history of exacting its ideal corporate image upon reporters working for Verizon-owned media entities. Reporters for SugarString, a Verizon venture meant to challenge sites like Engadget and TechCrunch, were expressly forbidden by their corporate overlords from writing about the NSA’s mass surveillance of American citizens or net neutrality. Verizon quickly became the face of the NSA’s use of corporations after leaks from Edward Snowden revealed they were an enormous boon to the agency’s bulk collection of metadata, and Verizon consistently lobbied the FCC to rule against net neutrality regulations.

As the Daily Dot’s own Patrick Howell O’Neill reported, editors for SugarString explained the rules to prospective hires. “Downside is there are two verboten topics (spying and net neutrality), but I’ve been given a pretty wide berth to cover pretty much all other topics that touch tech in some way,” said former SugarString editor Cole Stryker (who previously contributed to the Daily Dot) in an email. “So that’s pretty much it as far as content restrictions go. The upside is that we have a big budget to pay people well, make video documentaries, and other fun shit.”

These prospective hires declined to be censored, and after a month of controversy, Verizon closed down SugarString with little fanfare.

The ISP has a noted history of exacting its ideal corporate image upon reporters working for Verizon-owned media entities.

Of course, AOL’s media properties were not founded for the express purpose of being a Verizon mouthpiece like SugarString. The relative acclaim of TechCrunch and the Huffington Post would likewise protect them from wholesale censorship on issues as broad as surveillance or net neutrality. After all, NBC News seemed to report on net neutrality just fine despite being owned by Comcast, the nation’s largest ISP.

While the SugarString fiasco should keep viewers alert of any bias that might creep in at any of Verizon’s new purchases, reports of similar stories indicate the true depth of the issue. In 2013, the Verge reported that editors at the website CNET voted the Dish Hopper with Sling DVR to win the prize of “Best in Show” at the annual Consumer Electronics Show, “before executives at CNET’s parent company CBS vetoed the vote due to CBS’s ongoing lawsuit against Dish.” When CBS’ backdoor politics were uncovered, the Consumer Electronics Association (which runs CES) removed CNET from the event’s board of voters. CEA president Gary Shapiro called “CBS’ actions are puzzling, and troubling, on many levels.”

What’s equally troubling is that the cases of CNET and Verizon are also complex enough to avoid the sort of widespread coverage that could call out such a conflict of interest, like the negative press that helped kill the Time Warner-Comcast deal. Thus, these controversies keep quiet enough to go all but unnoticed in the mainstream media. However, it’s still very difficult to imagine a scenario in which Verizon could ever ask a media company like the Huffington Post to stop covering a major topic like surveillance.

What’s more believable, though, is that an enforced sense of corporate loyalty, the kind of loyalty that should never be found on anything even calling itself a news site. While the purchase of AOL is mostly about making money from original entertainment, let’s be sure Verizon isn’t doing themselves extra favors in the process.

Photo via Khalid Albaih/Flickr (CC BY 2.0)