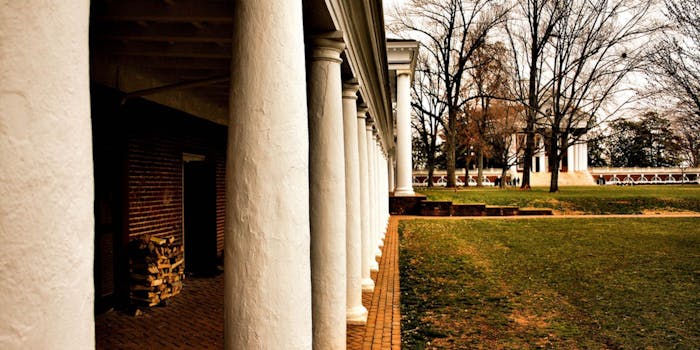 Fact-checking is a journalist’s job—even in rape cases

The fallout over Rolling Stone's reporting on an alleged UVA campus gang rape says a lot about how we report on sexual assault.

Earlier today, Rolling Stone published a note from managing editor Will Dana retracting—or at least, distancing itself from—a Nov. 19 piece about an alleged rape on the University of Virginia’s campus. Written by journalist Sabrina Rubin Erdely, the piece recounted, in grotesque detail, the brutal gang rape of “Jackie,” then a first-year student who was sexually assaulted by a group of frat members on campus.

For the past few weeks, details of Erdely’s piece have come under scrutiny, with Slate and the Washington Post, as well as a slew of non-left-leaning publications like the libertarian magazine Reason, running articles questioning errors in Erdely’s reporting (such as the fact that she did not interview any of the alleged assailants) and inconsistencies in Jackie’s story. Earlier today, Dana responded to the controversy with the following:

On Twitter, journalists were appalled by Dana’s semi-retraction, arguing that Rolling Stone was throwing a rape victim under the bus to justify its shoddy reporting, and that the inconsistencies in Jackie’s testimony did not prove her story was false. Zerlina Maxwell, a commentator for MSNBC, tweeted, “Good to know that u not only have to report your traumatic sexual assault immediately but have a perfect recollection of what happened #ugh.”

I don’t have an opinion one way or another whether Jackie’s story is true or false—obviously, there’s no way for anyone other than Jackie herself to know for sure—and I agree that both of the above arguments have credence. But looking through the responses on Twitter, I couldn’t help but feel like outrage directed at Rolling Stone should be balanced more with sober self-reflection.

The same people who were pointing fingers at Rolling Stone were the same people pointing fingers at journalists who initially expressed skepticism toward Jackie’s story, accusing them of perpetuating rape culture by not believing a rape victim’s story. Take, for instance, Anna Merlan at Jezebel, who called journalists Richard Bradley and Robby Soave “idiots” for expressing skepticism at aspects of the Rolling Stone piece. (“I was dead fucking wrong,” Merlan wrote in a post today.) Even this website ran an op-ed by Lucia Peters of Bustle arguing that it was “dangerous” to call the UVA story a hoax.

It’s understandable why left-leaning feminist websites would adopt this stance: Even though rape is shockingly common, it’s only been until very recently that victims have felt comfortable enough to come forward with their stories, so we’d be doing them an enormous disservice by probing into whether or not they’re legitimate.

But if nothing else, what the UVA story has taught me is that the media (particularly the left-leaning media) is doing rape victims an enormous disservice by not questioning them. As it stands now, the media is not only not questioning female sexual assault victims’ stories, they’re shouting down any outside attempts to do so. If nothing else, we should be putting more pressure on these stories: Not because we don’t believe them, but because we don’t want to run the risk of them not being true, and of future victims not being believed.

That said, as a feminist and as a reporter, I understand why Rolling Stone published the UVA piece, and why Erdely did not interview Jackie’s alleged assailants, despite the fact that their perspective comprised a major part of her story. Cultivating close relationships with sources is important, and that applies doubly when your source is a victim of extreme trauma, so I sympathize with Erdely’s dilemma.

In his editor’s note, Dana said Jackie specifically requested Erdely not contact her assailants “for fear of retaliation against her.” After consulting with Jackie’s friends and finding their accounts lined up, Rolling Stone decided to honor her request. In all honesty, I probably would have, too. If I’m reporting a story, and I come across a lead or source that puts my story—or even worse, one of my sources—at risk, I have to make a decision as to whether it’s worth pursuing. Had I been in Erdely’s position, I likely would’ve reached the same conclusion.

That said, there is a difference between being sensitive to your source’s wishes and letting them get in the way of doing your job. In the case of Erdely’s story, it seems that somewhere along the way, she started veering into the latter, either because she was scared of losing her story or because she just didn’t want to be put in the position of interrogating Jackie or putting her in danger.

Given the backlash reporters get when they start questioning rape victims, I’m going to guess it was a little of Column A, a little of Column B. When it comes to sexual assault allegations, there is a tendency for feminist media figures to exercise something akin to suspension of disbelief, in favor of the greater good of “believing the victim,” regardless of whether the story turns out to actually be true.

It happened with the initial media coverage of the Duke lacrosse case, with Amanda Marcotte writing in a now-deleted post after the charges had been dismissed that the team members were “not angels” and that anyone defending them was “rape-loving scum.” It happened when Conor Oberst was accused of rape on an xoJane comment thread (an unreliable source for reporting if there ever was one); when his accuser admitted she had made the whole thing up, bloggers criticized Oberst for refusing to drop a libel lawsuit against his accuser.

When people start questioning rape victims, they’re usually met with finger-pointing and invective. The person who questions the rape victim is a “giant ball of shit,” as Jezebel’s Anna Merlan called Richard Bradley, or an “anti-feminist victim blamer,” as a Feministing writer called Cathy Young when Young argued that accused rapists should be presumed innocent until proven guilty—which, by the way, is one of the cornerstones of our legal system.

By this token, to even bring up the possibility that a rape victim could not be telling the full truth about her rape is to deny the victim and all future victims their humanity. Often, these arguments will cite the statistic that only 2 percent of rape claims are later proven false—a statistic that’s by its nature impossible to prove, as so few rape victims actually come forward about their assault.

But even if the statistics are true, and even if the vast, vast majority of rape claims are true—which, for the record, I 100-percent believe—the fact is that that still leaves a small minority of rape claims that are not. It is disingenuous to say false rape claims do not exist; clearly, they do, otherwise we would never have heard of any. And if even a minority of women have come forward with false rape claims in the past, there is no reason why we should not at least consider the possibility that they will do so in the future.

To be clear, because I know someone will read this and argue otherwise, I do not think journalists and law enforcement officials should stop believing rape victims. When someone is brave enough to come forward and say they’ve been raped, I think it is our responsibility to listen to their stories and offer as much love and support as we can. I feel this way because I am a feminist, but also because I am a decent human being, and anyone who argues otherwise is not either.

But I am also a reporter, and as a reporter, it is my obligation to tell a story as accurately and as responsibly as I possibly can, without my feminist ideals or political sympathies coming into play. I have not always done this as best I can, and neither did Sabrina Rubin Erdely. But if nothing else, this story should serve as a teaching moment for journalists who, when they come across a narrative that enrages them or moves them, should ask themselves why it moves them, and if that will get in the way of them telling the story.

Ultimately, we don’t know how true or false the UVA story is, and we will have no way of definitively finding out. But this is not just a story about a potentially false rape claim. It’s not even just a story about rape, or how the media reports on it. It’s about reporters in general, and how we take narratives and twist and reshape them into something that resembles our view of the world, whether we realize it or not, or whether it resembles the facts or not.

It’s about how “shareable” or “clickable” has replaced “objective” as a journalistic buzzword, and it’s about how if it weren’t for differences in ideology, we wouldn’t be able to tell the difference between some left-wing news sites and right-wing ones.

It’s about how journalism has become less about asking questions, and more about making ourselves and our readers comfortable, based on how we and they see the rest of the world. And in failing to do our jobs as journalists by asking questions and sifting through the fictions to get to the few kernels of facts in our stories, we are not making the world any safer for rape victims. We are making it more dangerous.