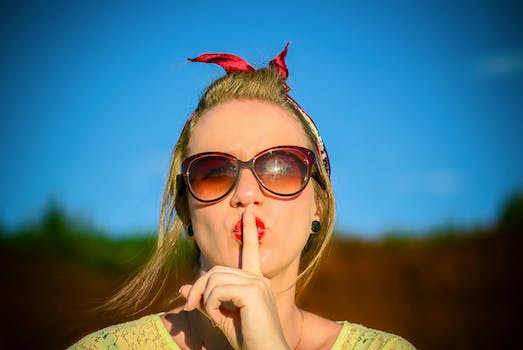 To save social media, we need to make it less social.

If you have a heart, this year broke it. There were cops murdering black people and getting away with it, dudes on 4chan harassing women, and new rape allegations against Bill Cosby. We had the Islamic State, Ebola, Elliot Rodger, the torture report, and Republican victories—something for everyone to despair about. And social media disastrously amplified every new load of garbage thrown on the trash fire that was 2014.

The best innovations in tech this year were all about shutting people up.

There were a few spots of solidarity and community that couldn’t have happened without the Internet, including #YesAllWomen and #BlackLivesMatter. But the fact that these movements happened openly on social media also made them instantly vulnerable to responses that were at best oppositional, at worst nakedly hostile. Even the remedies, when digital, invited further illness.

That’s why the best innovations in tech this year were all about shutting people up. Between Twitter‘s new mute function and third-party auto-block services like Block Together, 2014 was the year we finally realized that to save social media, we need to make it less social.

In August, discussing how Twitter had started to feel ugly and difficult, designer Frank Chimero wrote about a really useful metaphor: the intimacy gradient, invented by architect Christopher Alexander.

Christopher Alexander made a great diagram, a spectrum of privacy: street to sidewalk to porch to living room to bedroom. I think for many of us Twitter started as the porch—our space, our friends, with the occasional neighborhood passerby. As the service grew and we gained followers, we slid across the spectrum of privacy into the street.

Of course, the things you say on your porch are much different than what you’d say on the street. But if the porch turned into the street without you noticing, there’d be a few painful months before you realized you needed to change how you spoke.

By the end of 2014, we all understood that Twitter and Facebook were streets. You might envision a restricted audience, believing that your follower count was a reflection of your reach, but that imaginary scope wouldn’t protect you from having your words catapulted into public view. And as Chimero points out, knowing that Twitter can be extremely public affects how we choose to interact; the things you say on the street are different from what you might say in more intimate spaces.

We have the ability to kneecap trolls who create endless burner accounts to get around blocks.

But while we were coming to terms with a more exposed Twitter, it was also becoming something else—more hostile, more cruel. At this point it’s probably best represented by as a town square, with a sinister platform in the middle. The bedroom, the living room, the porch, the street, the pillory.

This year, though, we found ways to turn this seething, bloodthirsty town square back into something a little more welcoming and domestic.

Muting, which debuted on Twitter in May, and blocking, which improved this year through the establishment of user-created apps, allow you to keep hostile voices out of your Twitter feed. The shiny new mute button lets you prevent a user’s tweets from showing up in your stream—without alerting this person that they’re dead to you.

The block function was already available to keep unwelcome elements from following or viewing your tweets, but third-party apps (my favorite is Block Together) now allow users to share and subscribe to each other’s lists, so a block for one can be a block for all. Block Together can also automatically block new and low-follower-count tweeters, kneecapping trolls who create endless burner accounts to get around blocks.

Muting and blocking don’t protect physical safety—if someone wants to post your home address, they can do it whether you see them or not. But these new and improved forms of silence buffer us emotionally. They let us—all of us, but especially those who are marginalized in some way—participate in social media without being constantly aware of the people who want us gone.

The street is still noisy with jeers, but the jeers come from ghosts. We can’t hear them. The gibbet hasn’t been dismantled, but it’s translucent, unreal. We can sit down in the middle of the public square and have a damn chat with our friends just as if we were on our own porch. And if the ghosts fuss silently, well, that’s what silent ghosts do.

Once we can hear ourselves think, we may actually start to listen.

No woman, and certainly no feminist, has ever had the luxury of not knowing that misogyny exists. No black person has reached adolescence without being fully aware of racism. And so on. When you prevent people from telling you they hate you, directly, to your face, that doesn’t mean you’re in any danger of forgetting.

And with mute and block, of course, you’re not preventing those people from telling you anything. You’re just preventing their words from reaching you. Using mute and block doesn’t gag anyone; it just creates a quieter space, one where you’re not being shouted down. It’s the opposite of censorship because everyone gets to talk—and not everyone has to hear it.

An Internet with better muting and blocking tools may not be friendlier, but it seems friendlier. It may not be less threatening, but the threats are muffled. If 2014 taught us that everything is terrible, it also demonstrated that we don’t have to take every single terrible thing on board.

I hope the Internet keeps getting quieter next year. I hope the public square gets clogged up with fences and tents and tiny buildings, some of which have secret handshakes for entry. Once it cools down enough that we can hear ourselves think, we may actually start to listen.