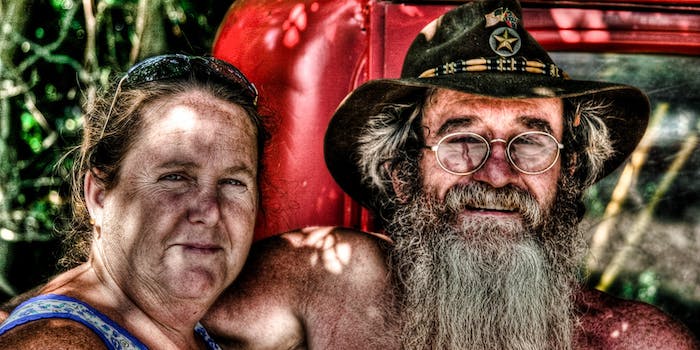 Why Texas shouldn’t ban the Confederate flag from license plates

Whether it's Reddit trolls or real-life ones, freedom of speech in the Internet age can be very unpleasant.

Whether it’s Reddit trolls or real-life ones, freedom of speech in the Internet age can be very unpleasant.

The Supreme Court is currently preparing to hear a controversial case about whether the government of Texas has the right to ban hate speech from state-issued license plates; in this case, the issue is over use of a Confederate flag-based insignia by a hate group, the Sons of Confederate Veterans. Given the history of the flag, the Internet rightly has some feelings about the issue.

When mulling the legal matters at hand, it’s important to bear in mind one particular quote from American history. Penned by Thomas Jefferson for his first inaugural address (one of only two speeches he delivered in his lifetime), it referred to the ongoing efforts by Federalists like his recently defeated opponent, President John Adams, to censor speech that they found offensive. His observation?

All, too, will bear in mind this sacred principle, that though the will of the majority is in all cases to prevail, that will to be rightful must be reasonable; that the minority possess their equal rights, which equal law must protect, and to violate would be oppression.

Make no mistake about it: Jefferson’s words are as applicable today as they were in 1801. “The problem is that the First Amendment doesn’t allow the state to censor the political speech of private persons on the basis of the political content of that speech,” explains Paul Campos of Salon, who is also a professor of law at the University of Colorado-Boulder. “If messages on specialty license plates—Texas currently offers motorists several hundred different varieties of specialty plates—are considered private political speech, then refusing to issue a confederate flag specialty plate because of the political message it sends is unconstitutional, no matter how repugnant that message might be.”

While the constitutional argument is by far the most important one here, there are other factors to take into consideration. For one thing, if Texas has its way on the license plate controversy, it sets an unfortunate precedent. Although the Solicitor General insists that the only reason the state refuses to issue these vanity plates is that their message will reflect on the government’s own positions, Texas also offers a plate depicting the Florida State Seminoles’ controversial logo— which, like the Washington Redskins‘ mascot, has been criticized by Native American groups as an example of “redface.” In which cases of racism does the government step in?

If vanity plates are indeed intended to reflect state opinion, then they should be as bland and nondescript as a Social Security number, containing no more or less information than absolutely required with no room for individual modification whatsoever.

By virtue of allowing vanity plates to exist, however, Texas has already conceded that they will permit individual expression on this particular “government document.” While it might feel like a slippery slope argument, if the state is permitted to pick and choose which ideas citizens may express and which ones they may not, it soon won’t be difficult for a particularly paranoid state official to decide that, for example, a plate supporting the Communist or Socialist Party goes too far. A similar debate brewed on the Internet in 2011 over a proposed Mississippi plate honoring a KKK leader.

While the state should ban plates that are indisputably threatening or advocate direct violence, allowing Texas to prohibit any vanity plate is at best a careless double-standard, at worst deliberate censorship.

On a deeper level, however, Texas’s position is dangerous because it risks imperiling good ideas along with bad ones. In one of the most infamous abridgments of free speech in American history, the House of Representatives adopted a series of resolutions known as “gag rules” between 1836 and 1844 that banned anti-slavery pamphlets and petitions from the U.S. postage system. Even as many of them argued that they were only protecting a government-provided service’s ability to control its own content, the unavoidable truth is that they aimed not only to prevent possible sedition, but to quell ideas that many of their constituents found offensive.

The fact that most Americans in 2015 would wholeheartedly agree with the abolitionist sentiments being oppressed in the post-Jacksonian period isn’t beside the point—it is the point. Ideas that may be widely regarded as kooky or insulting today could, only a couple centuries from now, be just as widely regarded as morally and/or factually unimpeachable. In order for such new ideas to take root, however, they must have a fair chance in the public marketplace of opinions. Just as an economy with fewer restrictions cultivates scientific and technological innovation, so too does a public discourse with fewer restrictions enable a stronger and smarter national dialogue.

None of this, I must emphatically note, is intended to defend the actual positions of the Sons of Confederate Veterans. This is an organization that has engaged in the most brazen Civil War revisionism, justifying slavery and promoting policies that would subordinate the civil liberties of people of color to those of whites.

Indeed, I would argue that the mere use of a Confederate flag in any situation is inherently offensive; after all, the longest, costliest, and bloodiest act of treason ever committed against the United States government was perpetrated under the Stars and Bars. Whether you attribute the cause of the Civil War to slavery or states’ rights, it was without question a violent insurrection that claimed the lives of more than 620,000 Americans on both sides. Such a history makes a mockery of claims like that of Granvel Block, a former commander of the SCV, who compared the outrage of those offended by the Confederate flag to University of Texas alumnae who might be put off by a plate with a Texas A&M logo.

But although I find the SVC’s message appalling, it’s not the place of any government to prohibit them from spreading their political ideology. Censoring them demeans us far more than their bad ideas ever could.