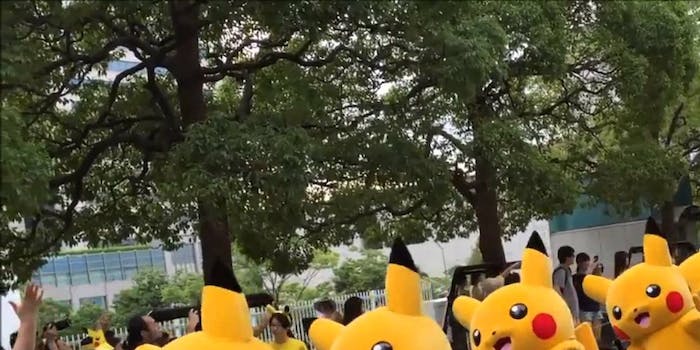 Haven't you people ever heard of closing a GD door?

In an age where there’s an app for almost everything, we just got one for something that’s as sentimental as it is masochistic. Now, there’s a network dedicated to remembering a person most of us would rather forget: our exes.

The course of coping with a nasty breakup typically involves a flurry of angry texts and voicemail messages, marathon cry sessions on a friend’s shoulder, and disposing of any gifts, pictures of trinkets that remind you of a love gone cold. (There’s also the obligatory pints of Ben & Jerry’s pints and the entire rom-com collection on Netflix.) But for those who opt to keep their relationships in a virtual graveyard of sorts, there’s now an app called Shryne.

As Bustle notes, Shryne lets you keep all of your Facebook messages, Instagram photos, emails, texts, virtually anything you do with your ex, all in one online location. Or “if you’d rather put it away in some sort of online shoebox instead of deleting them,” as Jezebel’s Marie Lodi writes, the app “has a ‘freeze’ feature that will temporarily hide all of your texts, emails, Google Hangout history, Facebook photos, and other social media channels for a year.”

What ever happened to the virtues of a clean break—or a healthy social transition that allows an individual to move forward instead of dwelling in the past? In the words of a Panic! at the Disco hit, “Haven’t you people ever heard of closing a GD door?” Clearly not, if you’re the makers of Shryne.

On other social networks, a virtual cutoff is a natural part of splitting up. According to a 2011 study by NM Incite, 11 percent of Facebook users unfriend each other following a breakup or divorce. It’s probably a wise decision as well, especially given recent research that shows couples are more likely to stay together if they have a high amount of interaction on Facebook.

What ever happened to the virtues of a clean break—or a healthy social transition that allows an individual to move forward instead of dwelling in the past?

Reporting about the study’s findings, the Daily Dot’s Selena Larson highlights that “self-presentational cues,” actions such as relationship status, photo tagging, and commenting signal that a couple is together and increases the commitment a couple has toward one another. It increases the chance a couple will still be together after six months—but the study focused on longevity, not the actual health or perceived success.

In other words, looks may be deceiving online, even for those disgustingly happy couples getting all lovey dovey on social media. It’s a lesson people in my life learned the hard way, because although one of my relationships looked blissful on Facebook, it was a real-life emotional rollercoaster.

After a good four years of on-again, off-again seeing each other, I was all but assured that Jack (that’s what we’ll call him) had finally changed his ways when we reconnected in the fall of 2010. We had years of memories chronicled on Facebook—from shopping excursions to trips in the park, and even when he met my family at a graduation party, not to mention countless status messages. Because we attended colleges in different states, we only had Facebook, Skype, our phones, and emails to stay connected, at least until he could return to our home city, where I studied. And so we made plans to get dinner and take a walk around Northwestern’s picturesque lakefront campus on a September evening in 2011—but I showed up, and waited, and waited even longer. He never came.

Although I texted and left a voicemail out of concern for his well-being, turns out he was just fine, as he regularly updated his Facebook page in the two days that followed. I sent a calm, yet firm private message, “If you didn’t want to meet for dinner anymore, you could’ve just told me so.” A week went by, his routine posts kept streaming into my feed, but he never responded.

So I did something I should’ve done years prior: I cut him off. After tearfully hitting the block button on that chilly fall night, I never looked back.

In other words, looks may be deceiving online, even for those disgustingly happy couples getting all lovey dovey on social media.

I still have all the memories of our time together on Facebook, because I haven’t deleted those pictures, nor did I delete those old status messages. They’re all still on Facebook, even if we’re no longer socially linked. Whenever I come across those mementos, I remember those moments fondly, even though I’m glad that history is history.

But with an app like Shryne, social media users are encouraged to dwell on their past lovers, when they could use that energy to create new memories with friends, family, and other romantic prospects. In fairness, the app also allows people to memorialize other relational bonds that ended in a split, but the same reasoning applies. Why stay mired in the past, when one can do their best to enjoy living in the present moment?

The need to move on, though, hasn’t stopped most people on social media from peering into the lives of their exes—either out of a genuine hope that they’re doing well, or to seethe in hope that their post-breakup life is in shambles. A 2011 study conducted via the University of Western Ontario noted that 88 percent of Facebook users stalk their ex. The report’s author, Veronica Lukacs, told a local newspaper that she found users’ distress levels changed based on how much post-breakup surveillance they did. Rather than helping in the healing process, creeping on exes may actually cause added harm.

Relationships can indeed be a many-splendored thing. But some things are just sweeter in the past.