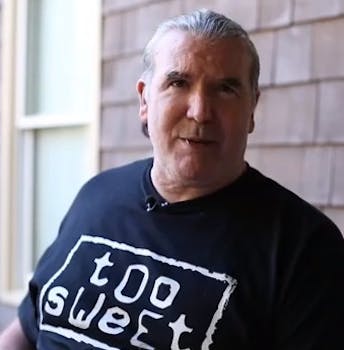 With three days left to run on the campaign, friends and fans have raised $102,879 for the wrestler best known as Razor Ramon to have hip replacement surgery.

Pro wrestling might be scripted, but the pain is real. Just ask Scott Hall.

The ‘90s icon, better known as Razor Ramon, can barely walk due to arthritis. He’s in dire need of hip replacement but he’s unable to pay for the surgery since he doesn’t have health insurance.

Thanks to an Indiegogo campaign orchestrated by longtime wrestling pals Diamond Dallas Page (DDP), Jake “The Snake” Roberts, and Sean Waltman, Hall’s set to undergo the procedure next week.

Page, who’s become a noted yoga instructor since retiring from the ring, has made it his mission to help his fellow wrestling veterans become healthy. Both Roberts and Hall live with him in Georgia, and he’s helped them become sober and leaner.

Hall, 54, gained fame as a then-WWF Intercontinental Champion and as part of infamous bad-guy group the New World Order in WCW. In a campaign video, he talks about how Twitter helped him realize he still has a lot of fans out there and how his life has changed since moving in with DDP earlier this year.

The success of the Hall campaign follows on from a similar Page-led Indiegogo bid to raise funds for Roberts’s shoulder surgery. Fans exceeded the $9,200 goal for that campaign, raising almost $30,000 by the time it was all said and done.

While Kickstarter’s focus is on funding creative projects, Indiegogo can be used for just about anything. Last year, for example, users raised hundreds of thousands of dollars for bullied bus monitor Karen Klein.

That fans recognize the sacrifices men and women make to their bodies for the sake of entertainment and are willing to get behind those people when they need help is a testament to their passion for the art of sports entertainment.

Here’s the highlights from perhaps Hall’s most famous bout, a ladder match against Shawn Michaels in 1994, set to a terrible rock song.