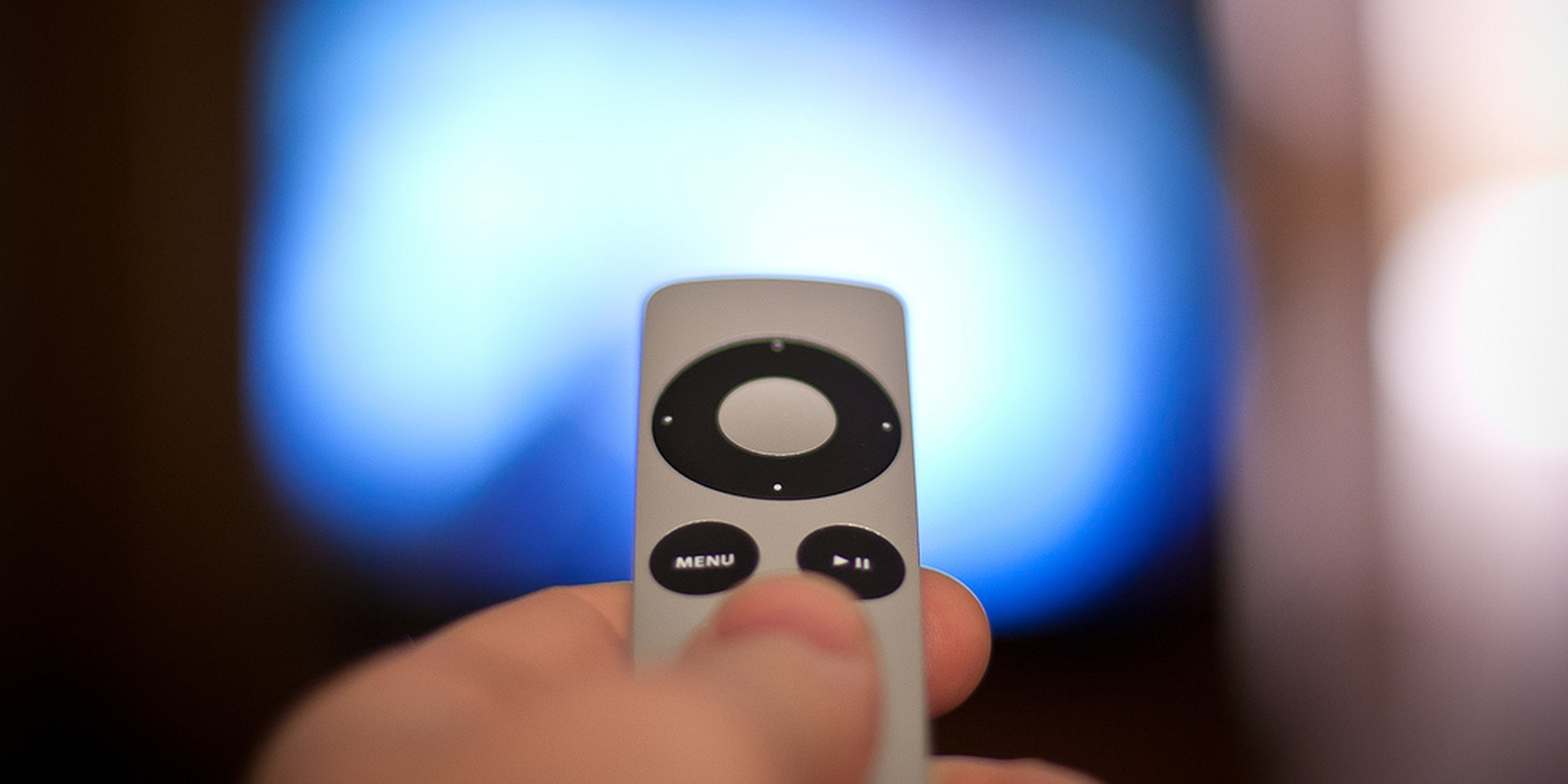 Photo via booleansplit/Flickr (CC BY 2.0)

In order to save the Apple TV, it's time to "think different."

In the empire that is Apple, Apple TV has long been the red-headed stepchild. It’s not unloved, nor is it an outright failure by any means. However, it doesn’t excel in the way that Apple’s other offerings do. Rather than advancing to the head of the class, Apple TV has been content to go at its own pace, which happens to be rather languid.

This wasn’t the case when Apple TV was introduced in 2007. Back then, it was the only kid like it on the block, with the first Roku still a year away. As per usual, Apple became a pioneer in a new market, that of “set-top” or “plug-and-play” devices. But since then, the company has left Apple TV somewhat neglected. The last generation of the product arrived in March 2012, though they released a slight update in January 2013. However, through all that time, Apple TV has essentially remained the same product it was when it first popped up seven years ago. This lack of innovation is why it’s often been marketed as a distraction, rather than a game-changer.

Apple is failing Apple TV, but they don’t have to be. The crazy thing is that there are multiple innovations that could be made with the device, which Apple just hasn’t gotten to yet. They would be wise to start as soon as possible, however, lest they lose the set-top wars forever.

By now, it’s become an open secret that many people hack their Apple TV. But what this only illustrates (besides how unfortunately easy Apple security is to bypass) is that Apple is missing out on major opportunities in terms of the device’s functionality. Remember how long it took for Apple TV to offer Hulu? This wasn’t a reality until two years ago. And even the iPad didn’t offer Hulu when it was first released.

Obviously, this situation is emblematic of Apple TV’s biggest problem: Instead of restricting content, they have to find ways of doing the exact opposite. And not only that, they need to convince people that the way they offer content is better than the way other companies do. For instance, this summer they made up for their ongoing Hulu debacle by introducing free viewing of select ad-supported Hulu programming on iPhones and iPads.

But if anything, Apple shouldn’t just focus on offering services like Hulu, but on replacing them. There’s been a lot of conversation about whether Apple will eventually offer its own streaming video surface—but without ads. This would still leave them having to compete with Netflix, who are basically kicking everyone’s butt when it comes to streaming right now.

However, where they could change the game would be in including their streaming service on every Apple TV unit. That way, you would not only get one streaming service for free with the purchase of the device, you would still have access to Netflix, Hulu, Amazon Prime, HBO GO, and all the other major streaming services out there. Amazon already missed out on an opportunity to do this with their Fire TV device.

Apple should consider, meanwhile, just how many more people would switch to Apple TV as their main set-top device if it came with all their other favorite streaming services, and an exclusive, ad-free Apple service that comes with the device.

The fact is that to keep up, however, eventually most set-top devices, smart TVs, and gaming consoles will have to offer everything their competitors do. But ultimately, Apple also has to figure out what Apple TV can offer that other set-top devices can’t. Their first accomplishment in this regard was AirPlay, which allows you to stream content from your iOS products right onto your television. It’s pretty neat, and its implementation was the one true advancement the company made with Apple TV since its inception.

However, AirPlay is known to be frequently slow and problematic. And although TechRadar’s Graham Barlow found it to be “rock solid,” he also lamented, “The big disappointment for most people here will be how restrictive Apple’s AirPlay is; it only officially works with content that you have inside your iTunes library on a Mac or PC, or content you have on one of your iOS devices.”

This just further illustrates the necessity of opening Apple TV up to work within non-Apple systems. Apple has a chance here to beat its competitors to the punch, first and foremost, by making sure that you can play every significant type of video file type that Apple TV doesn’t offer now. This will broaden the range of apps the device can support, and ensure they never have an issue like they did with Hulu again. They would also be wise to create a browser for the device, and to let users access its hard drive.

This brings us to the next area wherein Apple TV needs to upgrade, which is in connectivity with other Apple products. For Apple TV not to support programs and files that don’t work with the greater Apple ecosystem is one thing, but for it not to support their own mechanisms is a bit crazy, especially considering how focused Apple already is on making sure all their products work under one umbrella. Moreover, if they wanted to, the company could actually make Apple TV a central axis point for their other devices.

Granted, Apple TV is connected to your iTunes account, and there are a few additional little functions that link devices together (there’s an app to use your iPhone as an Apple TV remote, for instance, though it’s not highly rated). But Apple has dropped the ball on finding a way to connect your iPad, iPhone, Mac, and Macbook directly to Apple TV.

Slate’s Lily Hay Newman argued that the company “should release a more powerful Apple TV with additional apps and, ideally, content partnerships.” Newman continued, “Apple has made some minor moves to turn Apple TV into a smarthome hub, and it should commit to this idea. A central device like Apple TV would be the perfect place for HomeKit apps to live so people can coordinate and control their smarthome devices (with additional mobile access, of course).”

Basically, your Apple TV should at least allow you to do the fundamental stuff like sending emails and surfing the web that your iPad does. A lot has already been written about how the Apple Watch will bring your entire digital life right to your wrist. And if they can do that for your body, shouldn’t they be able to do that for your television?

Then again, many have speculated that the reason Apple hasn’t made too many advances in television is because they want to manufacture a Smart TV themselves. But that doesn’t automatically mean that Apple TV is dead. If anything, the company should use Apple TV as a gateway to introducing a smart television. It’s funny that Steve Jobs didn’t think televisions and computers were going to merge, considering how forward-thinking he was known to be. As it would happen, Jobs is probably the reason Apple TV has never lived up to its sibling products, as Jobs never saw it as being particularly important.

But the years leading up to and following Jobs’ death have only seen us come closer to the convergence of TV and the Internet. Even CBS, known for being the old guys of the TV world, have announced plans to offer a streaming service.

If Apple does decide it wants to become the go-to name in Smart TVs (which, on the other hand, they might not, in which case they’ll still have to upgrade Apple TV), it would be wise to test out potential capabilities on Apple TV first. At the very least, Apple should be able to make a TV with decent touch screen features, as many have already predicted. Or maybe they could equip their TV with Apple’s FaceTime function, a la Back to the Future. Perhaps they could even get that elusive motion control technology off the ground, as people have been waiting on it for years.

But none of that is going to happen if they can’t fully integrate Apple TV into the larger Apple ecosystem first. Only from there, should they start to think about a smart TV.

Of course, a lot of analysts have already staked their claim that Apple TV is a much more lucrative venture for the company than manufacturing a smart TV anyway. And even if they do get a smart TV off the ground, that’s not to say that set-top devices like Apple TV will be obsolete, at least not at first. Apple doesn’t just unveil new products every year to keep up with the competition, they do it to give you options. And for some, purchasing Apple TV rather than getting a smart TV outright is still a more cost-effective option.

In the end, the philosophy Apple should apply when upgrading Apple TV is the philosophy they’ve supposedly applied to everything else: simplicity. Though Steve Jobs didn’t think much of Apple TV—or the prospect of televisions living side by side with computers in general—he did believe in making a better television.

In Walter Isaacson’s biography on the once and future king of Apple, he revealed that Jobs “very much wanted to do for television sets what he had done for computers, music players, and phones: make them simple and elegant.” Issacson recalled, “‘I’d like to create an integrated television set that is completely easy to use,’ he told me. ‘It would be seamlessly synced with all of your devices and with iCloud.’ No longer would users have to fiddle with complex remotes for DVD players and cable channels. ‘It will have the simplest user interface you could imagine. I finally cracked it.”

Apple TV is simple and elegant, to a point. But by not reinventing itself, by not coexisting seamlessly with the Apple ecosystem, and not coexisting well enough with non-Apple systems, the device is making things unnecessarily complicated. Because as Jobs said, the more everything lives below the same roof, the easier it is to access.

Demonstrating the continuity of their new OS, the only thing Apple’s senior vice president of software engineering, Craig Federighi said about Apple TV was, “I’d like to play this [presentation] now, and what’s really cool is I have an Apple TV…and I can actually Airplay from my Mac to my Apple TV and project my presentation that way.”

Simply put, using Apple TV as a fancy slide projector just isn’t enough. Apple is doing an injustice to itself by not advancing Apple TV. And as the company that always pledged to “think different,” they should start thinking about what they can do to change this now, before someone else gets there first, and it’s too late.

Photo via booleansplit/Flickr (CC BY 2.0)