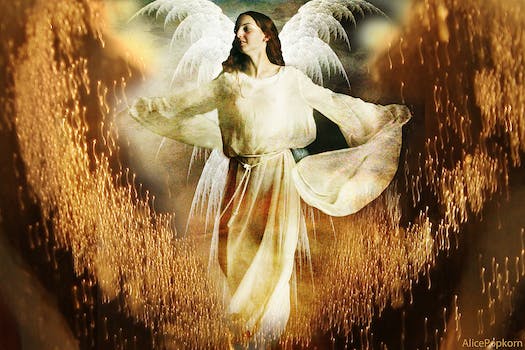 For the past five years, ten-year-old Ryan Hammond has been freaking out his parents by claiming to have lived a past life. According to Ryan and his mother, he revealed at the age of five that he had once lived in Hollywood in the 1940s, acting as an extra before he became a big-time talent agent. In fact, Ryan listed the details of his past life to such an extent child psychiatrist Dr. Jim Tucker was able to narrow down the field to a single individual: Marty Martyn, whom Ryan seemed to know was 61 when he died, not 59 like his death certificate claimed.

This might sound like a daytime television fluff piece, a more twisted version of someone begging you to acknowledge how magical and special their child really is. Stories of the paranormal are typically unfalsifiable versions of “Balloon Boy”—an attempt by a child to gain attention or an adult to make money. Last year, the bestseller The Boy Who Came Back from Heaven reportedly detailed the story of Alex Malarkey, a boy who spent two months in a coma and claimed to have witnessed the ever-after. The aptly named Malarkey confessed to making up his trip to the pearly gates.

Stories like those of Malarkey and Hammond are not terribly rare. A cursory Google search finds you thousands of anecdotes about children giving scarily-detailed accounts of historical events they’d have no business knowing, like the Oklahoma City bombing or school shootings. But aside from immediately jumping to the conclusion that these children are, in fact, the product of a supernatural process, the bigger question is: Why do so many children tell these tales? And why do so many adults believe them?

The online forums of pseudoscience proponents reveal many more stories like these from concerned parents, telling seemingly fantastical stories of toddlers with distinct memories of past lives or the afterlife. These past lives are filled with ripped-from-the-headlines details, featuring the child’s past self dying in a famous historical battle or disaster, and one forum boasts three “9/11 babies.” 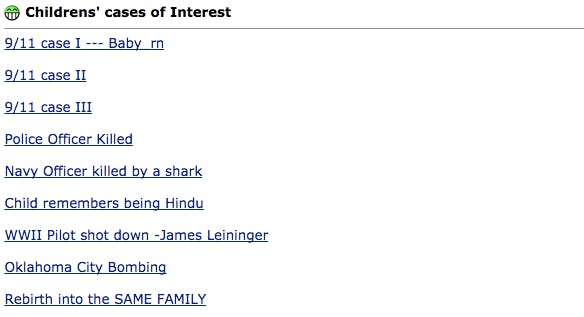 The posts do seem written from a perspective less exploitative and more confounded. “I am hoping someone can give me some input on how to help my son,” writes one worried mother whose child has consistently told stories of fighting in the Pacific theater in World War II. Another parent tells the story of her two-year-old professing to being a Hindu in a past life. “I’m kind of convinced,” they write, “but there’s always that niggly part of me that thinks I might be being silly.”

Another child found by Dr. Tucker tells the story of being shot down as a fighter pilot over Iwo Jima during World War II. In an NPR interview, Tucker details breathlessly how James Leininger knew the name of the pilot (James Huston), the name of the ship (The USS Natoma Bay), and the name of the pilot next to him (Jack Larsen). Aside from the name of the carrier, nearly every detail escapes verification. The World War II Memorial Registry lists one James Huston who flew in the Air Corps but did so over Europe. There’s also a Jack Larsen listed, but he didn’t fight in Iwo Jima. A book authored by the parents about their child, Soul Survivor, is in stores now.

It’s this sort of anecdotal evidence with soft backing upon which Tucker’s mentor, Dr. Ian Stevenson, built his career. Before dying at the age of 81 in 2007, Stevenson spent his entire adult life studying children who report memories of past lives, founding the University of Virginia’s Division of Perceptual Studies (DOPS)—an institution that remains quite active. In his lifetime, Stevenson interviewed over 3,000 children, and more often than not, he “confirmed” that the details they gave of their past life matched the details of someone else passed.

The research into past life remembrance is surprisingly thorough. Stevenson spent half a century researching the matter through DOPS and several popular books. But like the work of Tucker, they immediately jump to a supernatural conclusion when so many other possibilities exist. Like a character in a Dan Brown novel, they never assess the evidence against their theories and mostly seem to follow their own beliefs to the wrong conclusions.

This is precisely the problem that pseudoscience feeds upon. When an anti-vaxxer sees that autism diagnoses have risen alongside distribution rates of the MMR vaccine, they skip mere correlation and jump right to causation. The dubious “confirmation” of Tucker and Stevenson before him not only lacks non-anecdotal evidence, but verges on wish fulfillment of two researchers desperate to prove something that would change how we view life, death, and the core theories that make up modern science.

Debunking the claims of the scientists and families involved in this phenomenon, however, do not explain away the phenomenon as a whole. What is definitely happening is children are telling stories seemingly from lives they haven’t lived. The answer to why is not supernatural but does lie in the mysterious machinations of a child’s neurology.

In a study attempting to explain “reincarnation therapists” (who use hypnosis to try and help patients access past lives), Maastricht University researchers found a correlation between second-life memories and simply faulty recollection. Those who “experience” memories they haven’t lived are conducting a “source monitoring error,” in which the brain forgets where a memory has come from.

How does that explain children as young as two recalling wars from decades before their birth? One can imagine they encounter some media on the matter or overhear someone else discussing it. What’s more likely, though, is children are trying to “simulate” being an adult through their imagination. A study of why children develop imaginary friends reveals they’re making things up in order to problem-solve in a capacity they can’t at such a young age. This is why so many imaginary friends are adults.

Those who “experience” memories they haven’t lived are conducting a “source monitoring error,” in which the brain forgets where a memory has come from.

Admittedly, this doesn’t explain away all of the phenomenon exhibited by kids like Leininger and Hammond. What it does say, however, is that maybe making up a past life is, like imaginary friends, something certain kids are prone to do simply so they can tell a story or relate with the adults around them. We don’t assume an imaginary friend means a child is either schizophrenic or, Sixth Sense-style, seeing people we don’t. Why are we doing it with past lives?

Like Stevenson and Tucker, children who make up these claims—and the adults who enable them—are blind to the infinitude of the world. Often we can see two points so close together our eyes trick them into appearing to touch, hoping to fill the gaps in a way that pleases us. Pseudoscience like reincarnation surrounds us, and misinformation can spread through the Internet like never before—simply ask an anti-vaxxer where they’ve gotten their information.

What the issue comes down to is a matter of probability: Is it more likely that souls exist in a physical sense and transpire our mortal coil to live future lives? Or is it more likely we just see what we want to see?

Photo via AlicePopkorn/Flickr (CC BY 2.0)