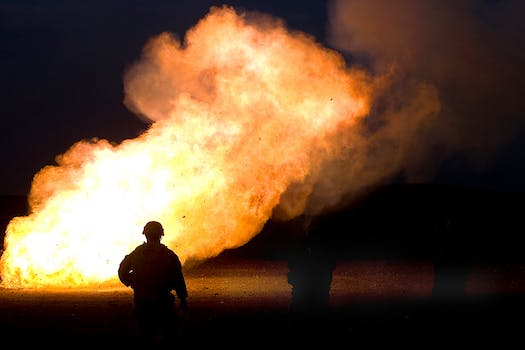 The NAACP bombing proves how mainstream media is failing you

If your network is ignoring the NAACP bombing, it's time to change the channel.

On the morning of January 7, news junkies like myself woke up to a plethora of shocking and tragic stories, be it the bombing of a NAACP office in Colorado or the massive terrorist attack which claimed 12 lives at the offices of French satirical magazine Charlie Hebdo.

The last of those understandably received the most coverage. The attack, likely carried out by Muslim fundamentalists angry at the newspaper for depictions of Muhammad, comes just a few weeks after an Iranian cleric held a Sydney cafe hostage amidst a storm of threats and calls to action from ISIS. That said, one cannot imagine that an attempted bombing at an NAACP office did not even deserve a mention from most mainstream media outlets, cable news in particular.

Employees of the advocacy group heard a loud explosion Tuesday morning, walking outside of their office to find an ignited IED and a large canister of gas which, had it successfully exploded, could’ve made the attack far worse. While the FBI has not ruled whether the attempted bombing is a hate crime, they’ve gathered from eyewitness reports that their lead suspect is a middle-aged, heavy-set white male.

While the body count and international implications of the Paris attack are far larger—making the incident inherently more newsworthy—than the Colorado Springs bombing (which took no lives and inflicted minimal property damage), one of the many benefits of a 24 hours news cycle is all major stories can get their due. Of course, it’s a benefit few cable networks choose to take advantage of. MSNBC—supposedly the most progressive of the three major cable networks—spent the entirety of its morning coverage in Paris, not mentioning the Colorado Springs bombing once.

What makes this disparity all the more shocking is the heavy coverage the Colorado Springs attack has attracted via social media. As the Daily Dot’s Patrick Howell O’Neill points out, much of the chatter about the Colorado Springs incident on Twitter expressed outrage at mainstream media outlets for largely ignoring the incident. In fact, the hashtag #NAACPBombing held its own amid topics directly related to the Paris attack, including #CharlieHebdo and #IamCharlie. Even Colorado Springs locals were shocked to have to learn about such a major incident from social media.

Especially in the last half of 2014, Twitter has largely driven the conversation on race forced by the deaths of Michael Brown, Eric Garner, Tamir Rice, and too many others. Throughout much of the protests in Ferguson, Mo., and across the nation, Twitter supplanted traditional news outlets as the headquarters for coverage with networks left to follow the leader. As activist Shelley Krause points out, Twitter beat the mainstream media to the story in Ferguson and has largely beaten it to this new story in Colorado Springs.

Despite this, the complete lack of coverage of the NAACP attack shows that mainstream media is ready to move past “Black Lives Matter” and the movement that surrounds it. This is typical of the media’s treatment of social awareness campaigns: Once the theatrics of tear gas and riot gear have evaporated, so, too, do the news cameras. This is why the continuing protests in NYC has largely been replaced within the media by the ongoing dispute between the NYPD and Mayor Bill de Blasio, and not even that would see much coverage if it wasn’t happening in the media’s hometown.

They’re ready to move past it so much, in fact, that the historic importance of the attempted bombing seems to lend it no value as a news story. It reeks of the same schema of the infamous actions of the Philadelphia police against the black activist group MOVE—which ended up burning down an entire neighborhood—and even reminded ThinkProgress of the 1963 church bombing that killed four young black girls. In fact, cable network AMC has optioned a drama about that time in Birmingham, which will be called “Bombingham,” meaning threats on black lives matter more to the folks behind The Walking Dead than they do to a cable news room.

It’s a solid case study in why cable news ratings have been falling steadily while engagement with social media as a news source is consistently growing. Events like the Paris shooting—or even the Colorado Springs bombing—don’t require multiple hours of coverage. You could have learned more from ten minutes on Twitter or Facebook about the Paris attack than you could in three hours of Morning Joe. Compared to the all-encompassing rapidity of social media, cable news is too often redundant in the face of quick-moving stories like those of this week.

Which should be an existential crisis for cable news. I’m sure from the inside of a large news agency, it’s easy to see Twitter as inherently reactive and little else, only able to respond to the reporting of traditional journalists. And to an extent, this is correct—original reporting on Twitter is too often unreliable and built more upon haste than the truth. But when a news story CNN is ignoring is demanding the attention of millions of Americans on another format, those millions might start to question why they need CNN.

The events in Paris are a real tragedy not just for France but for all who benefit from the fearless devotion to free speech exhibited for decades by the staff of Charlie Hebdo and publications like it. These shootings are the largest terrorist attack in France of the past two decades and demand top billing from any news outlet. That said, an act that stands to escalate already tense racial relations in the U.S. should at least earn a mention from cable news. If the media continues to abandon such a relevant story, viewers may make traditional media irrelevant by turning their backs on it.

Correction: An earlier version of this story misidentified the bombing site as Denver. It was Colorado Springs.