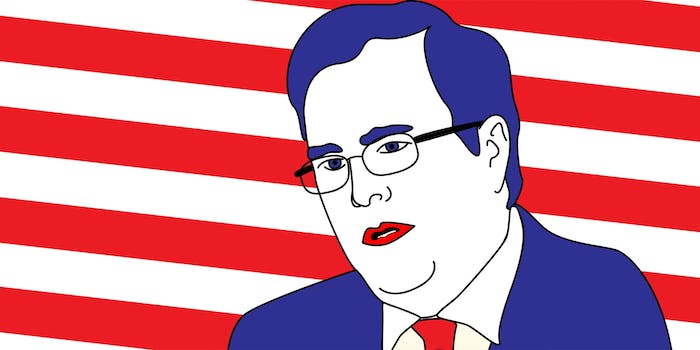 Jeb Bush is right about working more hours, but the real reason may surprise you

It's not the gaffe that Democrats want it to be.

Although his remarks about “working longer hours” elicited widespread outrage from liberals and Democrats, Bush’s remarks weren’t a commentary about the average American’s work ethic. Rather, he was making a sensible point about a part-time employment economy that’s hurting economic growth.

While Bush discussed his undisclosed plan to raise the gross domestic product by 4 percent, a goal many economists see as too lofty, the former governor of Florida prescribed the country as being underworked. In order to reach that goal, Bush said, “we have to be a lot more productive, workforce participation has to rise from its all-time modern lows. It means that people need to work longer hours and, through their productivity, gain more income for their families.”

Suggesting that more working hours is a way to raise productivity is not in itself wrong. If people work more hours, more gets done—and Bush posed a challenge about the opportunities available for workers to fully participate in the labor force. But that didn’t stop Democratic frontrunner Hillary Clinton from pouncing on the statement via Twitter, saying that “anyone who believes Americans aren’t working hard enough hasn’t met enough American workers.”

In fact, Americans are some of the most productive workers in the developed world, but not for our industriousness. It’s because technological advances have given way to many jobs being automated, creating efficiencies to the point of pushing low-skilled human workers to the outskirts of the market.

The National Bureau of Economic Research cites technology as “the only source of permanent increases in productivity” and credits the growth of the information technology industry in the 1990s for the massive productivity spurt seen in the U.S. and elsewhere. In 2015, we’re entering what two academics at the Massachusetts Institute of Technology have called “The Second Machine Age,” when every industry is being infiltrated by an expansion in data services, cloud services, and more prototypical forms of job automation.

The everyday example of this is the self-checkout line at your local supermarket. Six machines are supervised by one attendant, enabling that one worker to be as “productive” as six employees—and enabling the store to pay only one salary. Self-checkout lines have allowed many retailers and grocers to increase productivity without employing more people or offering their employees the ability to work more hours.

Labor automation has also become a burgeoning business unto itself. For example, NCR Corp., a tech company that provides many large retailers with self-checkout machines, saw double-digit growth last year. Executives at the company told Kiosk Marketplace that retail customer dissatisfaction with checkout wait times has increased demand for their product. Industry-wide, however, a study by London-based Retain Banking Research estimates that the number of self-checkout terminal shipments will soar to nearly 60,000 worldwide by 2018—that’s compared to 27,000 in 2012.

Increasing productivity and efficiency is, on the whole, the only reason any industry has for investing in technology, but it often comes at the expense of the worker. “Technological unemployment” is the hotly debated term for people forced out of work after being replaced by an automated system, and many experts fear we are on the brink of a more widespread impact. Author and software entrepreneur Martin Ford predicts 75 percent unemployment caused by labor automation by the end of the century. And former treasury secretary Larry Summers declared technological unemployment no longer “a future possibility… this is something that is unfolding before us right now.”

So when Bush recommends expanding working hours as a way to grow the GDP, he’s not blaming Americans for not working hard enough—especially in an environment where employers use machines to increase productivity. As the Daily Dot’s William Turton notes, Bush’s comments were actually taken out of context. Clarifying his remarks after a barrage of Democrat attacks, Bush said, “If we’re going to grow the economy, people need to stop being part-time workers, they need to be having access to greater opportunities to work.”

While most of the job growth seen in the last few years has been full-time work, the portion of the workforce left underemployed in part-time jobs is higher than it was before the Great Recession. It’s also the reason wages remains stagnant even as employment grows. The private sector has cornered the American worker into wanting more work, but denying them the opportunity by reorganizing their businesses, thus employing people at recession levels.

However, not all businesses have historically operated this way, even in times prior to the digital boom. In a story that may be apocryphal, the chocolate magnate Milton Hershey was surveying workers building his ornate Hotel Hershey atop a hill, one that overlooks the company town now named for him. Upon witnessing a steam shovel at work, a nearby foreman bragged that the machine could do the work of 40 men. Hershey, who had a longtime goal of providing industrial work to rural Pennsylvanians, promptly had the steam shovel removed and hired the 40 men instead.

Consider the story of Hershey when compared to the words of Uber CEO Travis Kalanick. Uber has more than 162,000 drivers using its service and, according to the state of California, must treat them as employees, and not as contractors. For Kalanick, workers are the biggest hindrance to the company’s growth and automated cars are the answer. “The reason Uber could be expensive is because you’re not just paying for the car—you’re paying for the other dude in the car,” Kalanick told the Verge in a May 2014 interview. “When there’s no other dude in the car, the cost of taking an Uber anywhere becomes cheaper than owning a vehicle.”

Bush is not not blaming Americans for not working hard enough—especially in an environment where employers use machines to increase productivity.

While Kalanick’s words have been attacked as heartless, his mission is the same as any major company looking to provide low prices to an American consumer still wary from the Great Recession. The most expensive part of any business, be it Hollister or Hollywood, is the human capital required to keep the business running smoothly. Starbucks, which employs 182,000 Americans, recently had to raise the price of coffee, even as raw coffee prices have tanked worldwide.

In a statement to Business Insider, a company representative cited rising labor and rent costs for company stores. As an employer, it makes Starbucks an outlier, as many employers opt to restrict their workforce, in an attempt to maximize efficiency before raising prices. But, so far, they aren’t actively cutting jobs. The company prides itself in a seamless customer experience, one where human interaction is integral. After all, the job of a barista isn’t so easy to automate.

But many other jobs remain vulnerable to automation, as a recent NPR Money interactive outlined. For example, NPR estimates, based on a 2013 study from the University of Oxford, that bookkeepers have a 97.6 percent chance of having their jobs automated.

If Bush really wanted to make a statement about the state of the part-time American worker, he needed to clearly outline the economic forces preventing increased workforce participation. With job automation as a major factor, Bush could help lead the charge against the inexorable march of technology. It’s a march most economists agree will lead to at least some form of widespread, long-term technological unemployment. That’s something the neither average American, nor the economy, could afford.

Gillian Branstetter is a social commentator with a focus on the intersection of technology, security, and politics. Her work has appeared in the Washington Post, Business Insider, Salon, the Week, and xoJane. She attended Pennsylvania State University. Follow her on Twitter @GillBranstetter. Illustration by Jason Reed