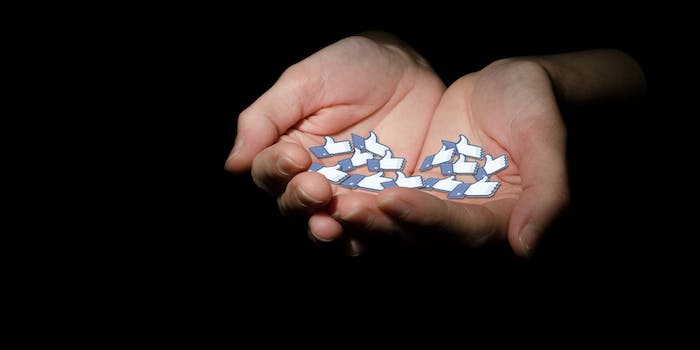 Who wants to be the Eeyore of the Interwebs?

I sat at the airport bar, ignoring the glass of wine at my side. Instead, I hunched over my phone, pecking out and then deleting drafts of various Facebook status updates.

Quality time with my family teaching my mother how to tell time.

They told me I had to go to rehab. #NoNoNo

Guess where I spent Thanksgiving weekend?

I posted none of them.

My mother had a mild stroke. She’s fine. She walks easily, is re-learning how to tell time on a non-digital clock (she can do it between six to 12, but not from 12 to six because the stroke was on the left side of her brain, which controls the right side of the body), and her reading comprehension is improving since those early days in the hospital where she was only up to children’s books and the National Enquirer.

I visited her in the stroke rehabilitation facility. I told her strokes are common, that what happened to her also happens to a lot of other people. Her response was, “Well, let it happen to them,” which tells you everything you need to know about my mother.

For brevity, I will describe our relationship as complicated. I share very little of my life with her; I tell her only the good things. Lies keep the peace up and the anxiety down. Everything is great! Work is great! Portland is great! My husband is great! My friends are great! The cats are great!

But this isn’t about my mother as much as it is my conundrum about how to share information about my mother. The stroke happened more than three weeks ago and I still haven’t told most people. It’s not because stroke is a shameful thing (though I do have the type of family that whispers “cancer”). It’s because I’m hesitant to share bad or complicated things online.

Going online provides the safety to write horrible things about people, but it’s also dulled our senses to other emotions, good and bad: Joyous becomes agreeable, happy becomes content, tolerable becomes boring. A tap on a screen or a click on a mouse lets us share the best cats of the week, but it also lets us donate money to disaster victims or express condolences. We are commiserative, but just enough to be comfortable. Maybe even a little smug that it happened to other people, but not us. Hell, Facebook is looking into a “Sympathize” button, for those times when you’re just too damn swamped to write, “Sorry, man” for fear of being notified ad infinitum about other people posting the same thing. Because feeling bad needs to be streamlined.

Maybe that’s not all bad, though. Maybe that virtual distance helps, like being thousands of miles from your family helps. Hell, I don’t know what to say offline to sad news, let alone online. I’m still horrified for the woman who found out, while livetweeting a deadly car accident, that it was her husband who was the fatality. Her tweet upon finding out: “it’s him. he died.” Just…oh, my God. How long did that take to type? How can you do that?

So I’m not sure what it says about me that the best visit with my mother in years is right after she’s had a stroke (that was another attempted Facebook update). She was sweet, relaxed, and kind. There was no agenda, as there so often is when I see her. There’s the good news, right? Maybe I should turn this column into some uplifting, holiday-friendly Upworthy missive where everything we’ve ever done wrong in the past 39 years is instantly righted, and I become some sort of born-again-ideal-daughter?

Nope. I can’t. Sorry. I’m very glad she’s recovering well. But our relationship’s still complicated. And no status update will ever change that.

arin Moonin is a writer living in Portland, Ore. Sometimes she’ll even tweet about things she hates at @carinwrites.