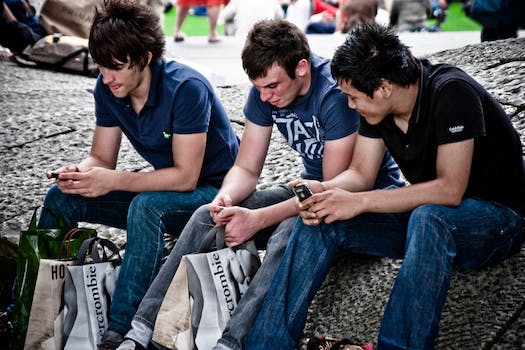 The future of the Internet is on your phone

The definition of the Web is changing.

After ample warning, Google is formally rolling out “mobile friendliness” as a criterion in its complicated search algorithm. Sites with pages optimized for mobile devices will rank higher in searches conducted by their users, gaining an edge over the competition. This move on Google’s part shouldn’t come as a surprise, as it reflects the natural evolution of the Web and its future direction.

If websites want to succeed, they need to take it mobile. And even then, websites themselves may become obsolete sooner than we think. A browser-based view of the Internet is less and less relevant in the face of numerous points of access, and Google has finally realized it. This move may help to keep the search giant relevant for now, but ultimately, its investments in other arms of tech are a sign that even Google knows the digital revolution is slowly redefining what the Internet is.

In May 2013, nearly 60 percent of adults in the U.S. owned a smartphone, illustrating that mobile had reached a tipping point. With 34 percent of cell Internet users relying almost exclusively on their phones to go online, the future of the Web is not on a desktop at home or hunched over a laptop at the airport. It’s on a phone screen.

The digital revolution is slowly redefining what the Internet is.

It’s also not going to be mediated through the traditional format of browsers, which are increasingly limited and don’t offer the flexibility users have come to expect on their phones, where they want fast, well-organized, and intuitive connections like those offered within apps.

The early origins of the Web were primarily static, a series of pages scattered across a network with little interlinking. Then it evolved into more dynamic iterations, bringing about the rise of blogging and journals, online forums instead of listservs, and more. This marked the creation of a more metaphorical “Web” of interconnected sites and users that began morphing into a cloud with the explosion of social media, rapidly updating sites, and an Internet constantly in flux.

Browser-based searching and engagement on personal computers worked for earlier incarnations of the Internet. Users could keep pace with what was happening on their favorite sites and engage with the communities they loved. In recent years, however, that’s become impossible. The Web moves too quickly for people to follow it without remaining constantly connected with mobile devices, and there’s growing pressure to be on the Web in a culture where not being connected comes with severe disadvantages.

We have created an environment where being online is almost obligatory, and where being on the Internet requires a heavy investment of energy and resources; Internet users are spending at least two hours a day online. Going mobile is the only way to keep up, which explains why more and more people are buying smartphones and related devices with data contracts.

But the Web is also about more than bouncing around on tiny phone browsers. Modern users are much more likely to use apps as a method of accessing the services they want. Instagram represents perhaps a classic example of the prioritization of an app over traditional browsing. When first released, the popular photo-sharing platform didn’t even have a website, and there was no way to access photos without using the app. It’s not the only product with a mobile-only approach to interfacing online, a move that would have been unthinkable five years ago, when users and developers were still stuck in the browser model.

We have created an environment where being online is almost obligatory.

This poses a substantial risk to Google, which relies heavily on its search product as an anchor for its business. Fully half of Google’s paid search takes place in mobile environments, and these users have very specific needs when they search. They don’t just want resources, like all Web users. They want resources they can actually use, which means websites they don’t have to endlessly side scroll through, enlarge, or carefully click on to access information.

Google’s response to this need is to evaluate the presentation of sites from a mobile perspective and give them a leg up in search results—consequently, those without native support are going to be dinged in the coming weeks and months. Astoundingly, nearly half of Fortune 500 companies will be included in that list, with sites that are outdated, clunky, and difficult to navigate. If they want to maintain their competitive advantage, they’ll need to revisit their programming.

The move offers another example of how Google has shaped the Web, both in terms of its presentation and content. Updates to the company’s mysterious and elusive search algorithm trigger endless rounds of debate about how to game the company to get the best spots in search results. In this instance, sites that want to be picked up in mobile search can’t afford to get pushed down the results list—and given how many users are turning to mobile as a primary entry point to the Web, that issue will only become more acute in the coming years.

“Google has for years been the world’s most widely used search engine and a significant generator of traffic to websites, from major news organizations to mom-and-pop shops,” writes Conor Dougherty at the New York Times. “Websites have little choice but to adapt to what Google considers important characteristics.”

Modern users are much more likely to use apps as a method of accessing the services they want.

When Google cracked down on spammy links, websites responded. When the company indicated that it would be evaluating sites for factual accuracy, websites responded. What you see online is very starkly influenced by Google’s public announcements as well as attempts to address hidden machinations on Google’s part. In this instance, sites that have been putting off mobile updates can’t afford to wait any longer.

Inevitably, though, this dodges the larger issue of what will happen to the browser itself. Google has already announced that it will be indexing select apps and developing more flexible search tools for users logged in through its Android products, indicating that it is laying the groundwork to prioritize not just mobile sites but app-based access.

“In the mobile realm, people tend to reach services through apps and app stores, rather than through an all-purpose search engine,” reports Lance Whitney at CNet, noting Google’s challenges in this area. The company wants to establish itself now as the premiere app search tool, just as it dominated the browser-based search market for so many decades. It’s a smart business move and one that reflects our changing relationship to the Internet.

As with its influence over browser-based search, Google is also likely to change the face of the app landscape, though Apple may constitute a formidable foe. With one billion users to draw upon, the Android OS is a heavyweight in the mobile market, and it always will be. As Google’s search evolves in response to a changing Web, it will be drawing upon that captive audience to cement its power in the industry—the agile company knows that it can’t afford to stay too far behind the Internet.

For now, mobile users may be seeing different results in their searches, and those results will be more relevant, heralding the next step into an era in which they may become priority users. That means brand loyalty for Google, an important consideration for a company that wants to retain command of one of the most lucrative parts of its business model.