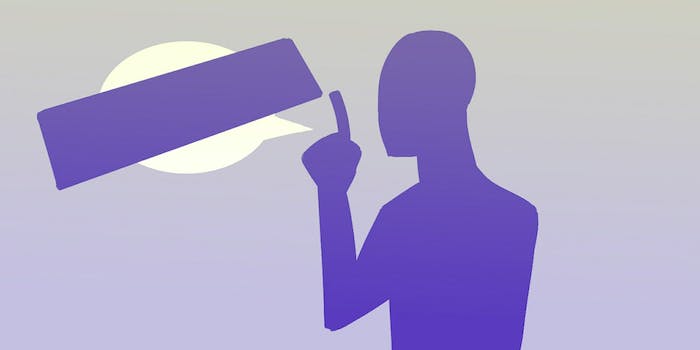 If you’re fortunate enough to live in a country like the United States, you have the ability to practice freedom of speech to an extent that many people take for granted. There are several countries across the globe that, despite the technological advancements of the modern world, still uphold extremely strict laws preventing citizens from truly expressing themselves. It’s difficult to imagine a living in a society where a photo or tweet could land you in prison or worse.

The citizens of Saudi Arabia, Malaysia, North Korea, China and several other countries have limited access to the information online and grow up in a society knowing that questioning the government, criticizing religion, or being too free with your opinions on social media can put you in jail, physical punishment, or even a death sentence.

When you hear the term VPN, or Virtual Private Network, the first thing that comes to mind might be from when you were studying abroad in Rome for a semester and couldn’t live without Netflix for a few months.

VPNs are giving a voice to those who have never had one. The people who were born into a country where they have no freedom to object concerning the difference between right and wrong. This voice also comes with the ability to communicate with individuals in their own countries and relate to one another without being afraid. While #netflixandchill is an important part of our culture, people all over the world are using VPNs to push societies forward and start an evolution of social and political changes to improve lives.

How do they work?

Virtual Private Networks function by placing a private network on top of a public network like the Internet. The data received and sent across the VPN is encrypted which prevents it from outside intrusions. To be provided with anonymity on the Internet, you connect with a VPN via a proxy server. The proxy server is an unrelated computer in another country that camouflages your identity and filters any request from or to the network, allowing people to hide their location and online presence.

The good news is that this process has been simplified and it’s as easy as simply logging in. After logging in and selecting the country from which you would like to supposedly be in, all of your Internet traffic, searches, and posts will pass through the VPN.

VPNs are not an entirely alien concept. More likely than not, you probably use a VPN every day at work. Your company intranet is a VPN; this allows you and your coworkers to send files and confidential information with the ease of knowing it cannot be stolen by hackers.

If the hacker is somehow able to get into the system, they won’t be able to read the data passing through the network due to the fact that it’s encrypted.

With the use of public IP addresses, VPNs are accessed by several users at a time. This is what makes it impossible to link back to a specific IP address. A user from China then has the ability to visit banned websites like Google, YouTube, Twitter and others through the VPN. This anonymous social profile will ensure that they can tweet, send messages, and share on social media without fear that they will be put in prison for it.

Beyond that, VPN providers claim that they do not store any user information in logs. This is the most secure form of surfing the internet, because even the VPN provider doesn’t know what you do while you are connected.

Government interests are a primary concern in those countries where censorship and blocking internet services is the norm. However, some countries will go as far as banning certain services to maintain an exclusive financial monopoly. If people use Skype and Viber to call each other locally or use the internet to make free long distance phone calls that were previously expensive, big telephone companies will lose out on main revenue streams.

An Internet free of state censorship is allowing everyone to safely and effectively have a voice.

The United Arab Emirates, and several other countries, do not allow the use of Voice Over Internet Protocol (VOIP) services to be used. These services include Skype, Viber and Google Hangouts. The motivation behind this is to allow the Telecom operators to have complete control over the industry.

However, citizens can bypass government filters and access banned services by using a VPN.

A good example of VPNs being used to spread global awareness is from Turkey in 2013. After the government blocked Twitter and Facebook, hundreds of thousands of users downloaded a VPN and were able to circumvent government filters and use their voice to spread awareness across the world through social media.

An Internet free of state censorship is allowing everyone to safely and effectively have a voice. With VPNs, we are all entitled to free speech.

Sagi Gidali is the Founder and CPO of SaferVPN, a cyber-security SaaS company that provides a premium VPN service to more than 300,000 international users. Sagi is a UX/UI Expert who believes in keeping things simple—both in life and in tech. He has a B.Sc. in Computer Science and Economics from Tel Aviv University and over 10 years of industry experience. Follow him on Twitter @SagiGidali.