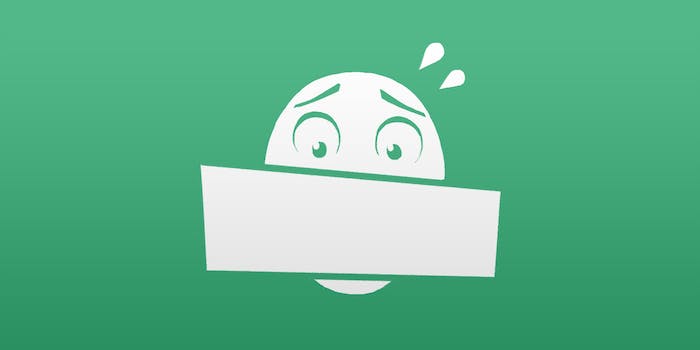 The social media site has been accused of taking down posts about #BlackLivesMatter. They should have learned.

#BlackLivesMatter is not an easy undertaking. Those who have been fighting for justice on social media know this better than anyone else. When not being outright harassed, the Black Lives Matter movement has routinely been met with uninformed criticisms, the most persistent of which manifested in the #AllLivesMatter response. Recently though, the growing movement to protect black lives has encountered another hurdle on social media, but from a different source: the sites themselves.

Last month, Instagram removed the Sandra Bland hashtag for 24 hours from its gallery page, along with #BlackLivesMatter and #BlackOut. Then just this week, evidence that Facebook may be banning #SandraBland emerged, too.

Instagram later blamed their incident on a search outage: “At no time have we ever blocked or banned #sandrabland or #blacklivesmatter or #blackout.” But ironically, the initial reason given for why they took these hashtags down had to do with hate speech. “Content in the ‘Most Recent’ section of a hashtag can be abused because the photos and videos that appear in that section are highly visible,” they told the Huffington Post. This is, in theory, a pretty good reason to remove something. The problem is that when a hashtag is as important as Black Lives Matter, any kind of censorship can be a dangerous exercise.

It’s understandable that Instagram would to want to block offensive material, both for the sake of their brand and their users. However, in their haste to keep the site clean, Instagram forgot that the effectiveness of Black Lives Matter revolves around immediacy. As Jay Caspian Kang at the New York Times Magazine notes, “The swiftness with which the movement now acts has turned every police killing into a national referendum on the value of black lives.”

But these referendums require urgency, and online, part of that means being able to update and circulate hashtags regularly. When sites remove hashtags like Sandra Bland’s, they then can end up derailing the whole process.

When a hashtag is as important as Black Lives Matter, any kind of censorship can be a dangerous exercise.

“While the cases of #SandraBland and #Curvy have clear differences—the former was a restriction, the latter an outright ban—there are parallels to be drawn,” writes Sophie Kleeman at Mic.com. “Each was a blanket response that swept up perfectly acceptable content along with more objectionable posts. But while the impulse to clean up undesirable material is certainly understandable, the one-size-fits-all method Instagram has used is less so.”

It’s also important to note how ineffective this kind of policing is. Users are always outraged, and in the case of #Curvy, Instagram ended up reinstating the hashtag after a sizable outcry. But even when the hashtag wasn’t available, users found ways to get around the ban in protest. They replaced #Curvy with #Curvee. When #thinspiration was banned, users replaced it with #thinspirationn. And even when #SandraBland was banned, you could still look for #JusticeforSandraBland and #WhatHappenedToSandraBland.

Instagram’s whole system for banning hashtags is, in fact, rather arbitrary and hypocritical. As CNN’s Ananya Bhattacharya pointed out, “searching for #sex or that ‘lewd’ eggplant emoji will not get you a result. But you know what will? #gunsforsale.” The presence of this latter hashtag could be construed as distasteful in light of horrible events which somehow keep happening all the time, but Instagram appears to be fine with that.

What Black Lives Matter has empirically demonstrated is that hashtags matter. A year after Ferguson, new polls indicate that a growing number of Americans recognize that there is undeniable racial inequality in this country. But this increased sense of understanding would not be possible if the death of Michael Brown hadn’t been spotlighted on places like Twitter.

Instagram’s whole system for banning hashtags is, in fact, rather arbitrary and hypocritical.

When people riot “in real life,” it is important to remember the dead bodies of black men and women they are rioting over. And when people post about #BlackLivesMatter, it is important to remember the bodies of the black men and women who are at risk in those riots, and who’ve been killed by the police. This isn’t just another trending topic, this is a digital representation of a life and death struggle. Similarly, if the hashtags #SayHerName and #IfIDieInPoliceCustody didn’t exist, justice for Sandra Bland would have been even more of an uphill battle.

Facebook has yet to address censorship allegations, but if social media sites really want to protect the Black Lives Matter movement, they would probably be wise just to leave them alone. On an Internet where trolls run rampant, it’s unlikely that putting restrictions on social justice posts will make anyone less racist. It would be a shame to let the trolls distract us, but it would be an even greater shame if the movement was accidentally halted thanks to obtuse content policies.

The time for #BlackLivesMatter is now—this hour, this instant, and this second. Black Lives Matter is more than just a hashtag. Nearly a year after the Ferguson protests, it’s a reminder that the fight isn’t over.