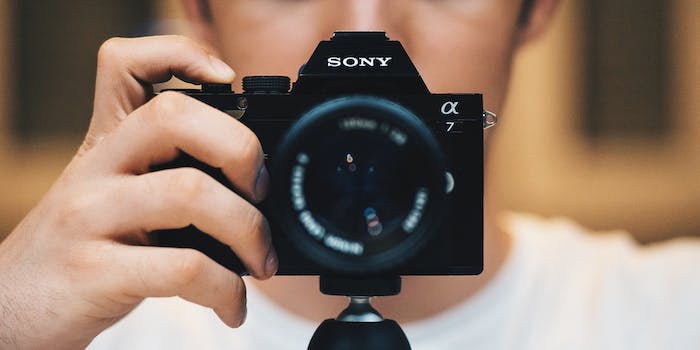 Divorce selfies are good for the kids

Breaking up is hard to do, but this might make it a little better for everyone—especially your children.

One of the worst aspects of my late parents’ lengthy separation process was the way they treated each other. While together, they fought constantly, and while separated, they also fought constantly, using my sister and I to vent their frustrations. We were often subjected to lengthy rants about my parents’ opinions of each other’s faults—from their perceived mistakes in the relationship to their weight.

Perhaps each of them thought they were explaining, if not justifying, their increasing distance from both my sister and I, but all their bickering accomplished was building an atmosphere built on conflict. To us, they were like children throwing a tantrum, not the parents we knew.

This is what makes the recent trend of “divorce selfies” so encouraging. In recent months, separated couples have taken to social media to post pictures of themselves smiling outside of their local courthouse, happily greeting their new single selves for the world to see. Instead of the bitterness that accompanies a breakup, these selfies serve to celebrate a former couple’s new relationship as co-parents, allowing them to share the moment to their children with mutual respect—and even admiration for each other.

As Chris and Shannon Neuman wrote alongside their own divorce selfie, which they posted to Instagram: “We have respectfully, thoughtfully, and honourably ended our marriage in a way that allows us to go forward as parenting partners for our children.”

It’s a positive spin on what is too often an ugly process. Divorce is often a traumatic experience for the children of separated couples, but according to the American Psychological Association, the negative effects of divorce on a child’s psyche can be limited to just two years if the parents limit the conflict involved.

To us, they were like children throwing a tantrum, not the parents we knew.

In a paper published in The Journal of American Academy of Matrimonial Lawyers, researcher Joan B. Kelly cites “continuing high levels of parental conflict,” “diminished parenting following separation and divorce,” and “loss of important relationships” as the core risk factors in a separation. This trauma can lead to children developing long-term social or emotional issues.

Divorce selfies like the Neumans’ actually stand to combat such an effect on children, as they promote the parents’ continued commitment to each other in their new roles. Many psychologists and social workers, like University of British Columbia professor Dr, Edward Kruk, have come to acknowledge the importance of a healthy co-parenting model for divorced parents. Kruk urges parents to create “a safe environment for the discussion and a safe way to express their feelings of shock and confusion, self-blame, fear, grief and sadness, anger, or guilt” that often come with divorce.

Divorce selfies help to normalize this process, showing both their openness to discuss the separation and work together to figure out what the family’s “new normal” looks like.

Not everyone feels this way. Mic’s Nicolas DiDomizio, a fellow child of divorce, feels that the #DivorceSelfie is a “1,000 percent bullshit“ method for parents to paint over what is inherently a troubling time for children, potentially alleviating any guilt said parents might feel.

“I’m glad they didn’t have social media to help them pretend it was anything less than shitty, and I’m glad I didn’t have to be bombarded with confusing images of them laughing with each other in front of a courthouse as if everything was OK,” DiDomizio writes of his parents divorce. “It all taught me a valuable lesson: Some things in life just suck, and there’s little you can do to make them any better.”

The negative effects of divorce on a child’s psyche can be limited to just two years if the parents limit the conflict involved.

Indeed, DiDomizio aptly cites a 2005 survey by researcher Elizabeth Marquardt which found even amicable divorces have an effect on children. “All the happy talk about divorce is designed to reassure parents,” Marquardt told the New York Times. “But it’s not the truth for children. Even a good divorce restructures children’s childhoods and leaves them traveling between two distinct worlds. It becomes their job, not their parents,’ to make sense of those two worlds.”

And it’s true—divorce is a messy business that rarely goes the way anyone would like it to, and even in its best circumstances, it can lead to a deep lack of trust among children. No amount of polishing will brighten that turd.

But the same is true of an unhappy marriage. Co-parenting is far from a Utopian circumstance, but it’s nothing compared to the fresh hell that is “staying together for the kids.” According to a survey of 2,000 married people by law firm Irwin Mitchell, one in four married couples are only together for the sake of their children, with a majority of them directly expressing fear of the trauma a divorce can cause.

Staying in an unhealthy or dysfunctional relationship is actually counterintuitive, as it risks exposing the children to further conflict than an actual divorce would. According to Dr. Ruth A. Peters, experts suggest that “children living in chaotic or unhappy marriages learn bad parenting techniques, and feel that these kids would benefit in the long run by their parents divorcing.”

To be fair, DiDomizio is not arguing against co-parenting as much as he is against the idea that a Facebook post can make such a circumstance OK. It can’t, but divorce selfies can help to establish divorce as less than the apocalyptic scenario we often treat it as.

There’s a reason that Louis C.K. calls divorce “the happiest part of my life.” “Divorce is always good news,” C.K. joked in a famous routine. “I know that sounds weird, but it’s true because no good marriage has ever ended in divorce. That would be sad. If two people were married and … they just had a great thing and then they got divorced, that would be really sad. But that has happened zero times.”

Divorce is a messy business that rarely goes the way anyone would like it to, and even in its best circumstances, it can lead to a deep lack of trust among children.

Divorce can actually be a positive development in both the lives of parents and their children. More often than not, divorce is a substitute for an even worse circumstance, in which two parents toxic feelings about each other spread negatively to their children and do even worse damage.

From a child’s perspective, even the best divorce can mean the end of a relative state of normalcy and the beginning of an awkward, even hurtful, stage of their home life. The end of their parents’ marriage is something that absolutely no kid looks forward to. For the adults in the room, however, divorce provides a new opportunity to avoid the conflict and negativity that can come from the alternative. One day, their children may thank them for making the hard choice.

This is not always going to be possible. My parents had a toxic, abusive relationship built on mistrust and co-dependency. Their separation was as inevitable as it was inevitably ugly, and divorce selfies can show unhappy parents like mine they don’t have to choose between a miserable marriage and a bitter breakup, an option I wish my parents had realized.

I’m sure I would have been mortified as a teenager to see my parents bragging about their divorce on social media, but it was also the 1990s, so it’s not as if they were likely to post a Divorce AIM Away Message. But as embarrassing as that might have been, the alternative is much worse.