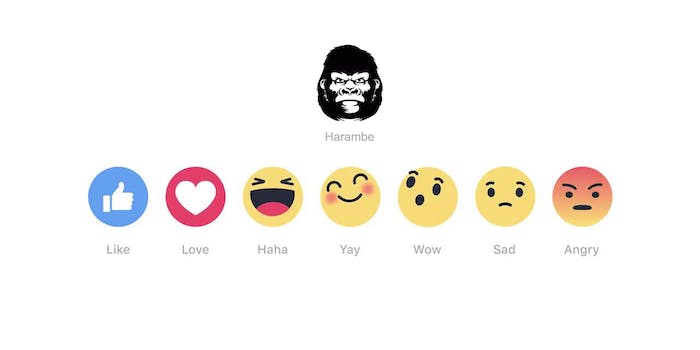 5 things everyone can learn about racism from Chris Rock

Is racial progress a myth? Chris Rock thinks so.

Chris Rock is not here to make you feel good about race relations.

The comic powerhouse made this abundantly clear in a recent conversation with New York magazine, where he gave an interview in part to talk about his buzzy new movie, Top Five, and in part to do what he does best: make great points about the bruised soul of America. His remarks have quickly gained a lot of traction, but it’s his assertion that, “When we talk about race relations in America or racial progress, it’s all nonsense,” that have garnered the most headlines.

Rock’s viewpoint as a comedian has always been largely informed by race, and no matter whether you’ve found his work to be thoughtful or offensive in the past, it’s hard to deny that he always adds a much needed sense of urgency to the conversation. But in this case, he’s weighing in at a time when we’ve already reached a fever pitch over the topic of race in this country. Which is why his declaration that the idea of racial progress in America is nonsense is also all the more appropriate.

The greatness of Rock’s New York magazine interview is that it not only decimates the notion of a “post-racial America,” but that it shows how low the bar for so-called “progress” really is. Moreover, the actual examples that mirror Rock’s statements are plentiful, and plain to see for anyone who’s been paying attention.

Rock doesn’t shy away from the reality that there has been some version of progress in America. However, he also doesn’t pull punches regarding how narrow our definition of “progress” is, especially where race is concerned. There may not be segregation or mass lynchings in this country anymore, but that doesn’t mean we’re doing a great job. The police don’t deserve a medal every time they refrain from shooting an unarmed black teenager.

While we’ve removed some of the systems that work to actively oppress black people, black people remain oppressed. But Fox News and the like are still content to point to the past and say, “Oh, well, things aren’t nearly as bad as they used to be. We have a black president after all. How can we be racist?”

Rock finds an apt analogy for this: “If you saw Tina Turner and Ike having a lovely breakfast over there, would you say their relationship’s improved? Some people would. But a smart person would go, ‘Oh, he stopped punching her in the face.’ It’s not up to her. Ike and Tina Turner’s relationship has nothing to do with Tina Turner. Nothing.”

So while America might not be in the habit of willfully harming or enslaving minorities in the same way we used to be, the fact is that when we assume America’s relationship to black people has improved just because racism is not as overt, we fail to recognize all the ingrained racism that still exists. And that’s not to say there isn’t plenty of overt racism out there either, as anyone on social media post-Ferguson can attest to.

However, we keep getting hung up on the as; we celebrate that racism is not as overt, when we should be acknowledging that it remains a force to be reckoned with nonetheless.

2) “If poor people knew how rich rich people are, there would be riots in the streets.”

On the surface, this statement isn’t explicitly tied to race. Income inequality is, indeed, not bound by color, and undoubtedly affects Americans from all walks of life. Yet when you consider that the economic gap between black people and white people hasn’t changed in 50 years, you also have to acknowledge that to a certain extent, income inequality is a race issue.

We tell the poor in this country to work hard and pull themselves up by their bootstraps, but how can we expect that to happen when so many of them are born without bootstraps, much less boots to begin with? Additionally, as conservatives rally against food stamps and welfare, it becomes clear that there is a vitriol bordering on direct hatred for the poor in America.

To reiterate, when so many of these financially downtrodden people are also black, it becomes impossible to separate the problem of income inequality with the problem of racism.

3) “Lost in Translation is a black movie: That’s what it feels like to be black and rich. Not in the sense that people are being mean to you. Bill Murray’s in Tokyo, and it’s just weird. He seems kind of isolated. He’s always around Japanese people. Look at me right now [on the 35th floor of the Mandarin Oriental Hotel overlooking Central Park]… And there’s only really one black person here who’s not working.”

Speaking of black economics, Rock’s use of Sofia Coppola’s famed ode to isolation and connection may be the single most powerful moment in his whole interview. In America, there are specific places where you are simply less likely to see black faces. That Rock can look around a luxury hotel and find no one whose skin color is the same as his who’s also not employed there isn’t merely sad, it’s a testament to the way black people are kept out of power circles in America.

Yes, we have a black president. But before that we have a bunch of white presidents. And until the decision-makers in this country start to reflect how diverse this country actually is, black people and beyond, the disparity in terms of influence will continue to be high. Or, to put it another way, one black president in the whole history of America isn’t enough.

Consider that out of the 1,645 billionaires in this world, only nine are black. Granted, that number is up from 7 the year before, but this only reinforces how unacceptably slow the march of progress for black people is. Not that more black billionaires alone qualifies as the definition of “progress.” But the statistics tell an irrefutable story, in which black people in America and across the world are, for the most part, kept on the outside of spaces where they can enact real change.

The thing that this quote gets at is the contrast between the treatment Rock’s children have received in their lives versus the treatment most black children receive in this country. Oftentimes, this treatment does not include viewing them as children at all, but as a part of a dangerous, violent culture. Remember: Michael Brown was described by Darren Wilson as a “demon,” and has repeatedly been called an “animal” by critics.

Because whereas white children are allowed to be children, black children have been repeatedly characterized as something else. This is why they are routinely tried as adults, and why many Americans not only don’t see them as children, or actual people, for that matter, but as the kind of “animals” Michael Brown has been made out to be.

Even more fortunate black children like Rock’s aren’t safe from unfair scrutinization. Case in point, this week, Republican congressional aide Elizabeth Lauten quit in disgrace after posting a rant about the presidential turkey pardoning on Facebook, which read:

Dear Sasha and Malia, I get you’re both in those awful teen years, but you’re a part of the First Family, try showing a little class. At least respect the part you play. Then again your mother and father don’t respect their positions very much, or the nation for that matter, so I’m guessing you’re coming up a little short in the ‘good role model’ department. Nevertheless, stretch yourself. Rise to the occasion. Act like being in the White House matters to you. Dress like you deserve respect, not a spot at a bar. And certainly don’t make faces during televised public events.

The double standard becomes apparent here when you think about whether the Bush twins would’ve been criticized like that. It’s a good rule of thumb never to call anyone an animal, but more importantly, it’s time that we actually start to look at black children in particular as children, rather than judging them by the rather disgusting precedent that’s been established. Like Rock says, “There have been smart, educated, beautiful, polite black children for hundreds of years.” On top of which, children who aren’t any of those things don’t matter any less. All black lives matter.

We so frequently haven’t allowed black children a real childhood in America. But we have to start offering them one now.

5) “We treat racism in this country like it’s a style that America went through… Oh, that crazy thing we did. We were hanging black people. We treat it like a fad instead of a disease that eradicates millions of people. “

Because forgetting is what we do with a fad, not a disease. Because a disease has to be reckoned with, and accepted as an indisputable truth. And because until we do just that, we can’t begin to heal.

Rock’s words from his latest interview alone aren’t going to be able to truly “make a difference,” at least not in some quick, trite, cure-all kind of way. But they are a window into the truth of racism and “racial progress” in America. And for that reason, his words are important.

Heck, the guy is a comedian. It’s his job to talk. And if we won’t listen when comedians open their mouths, who will we listen to?