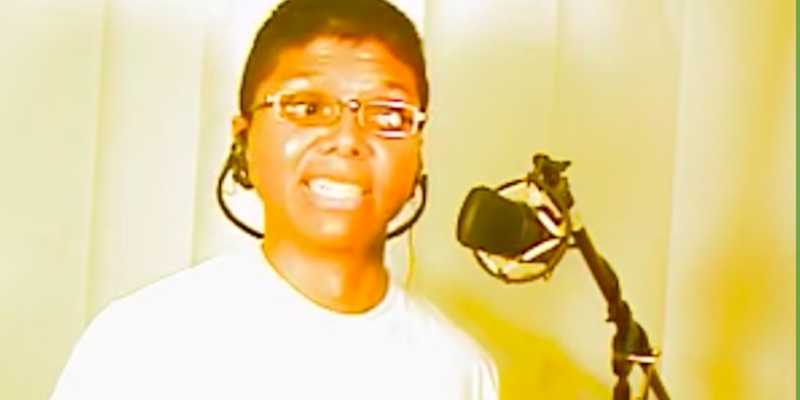 'Chocolate Rain' was memorable, but just how much do you remember?

Back in the late aughts, it was still something of a novelty to have internet celebrities. YouTube had been around for a few years, but it was mainly used to share clips from existing media sources like TV and film. After Google bought the site in late 2006, things changed. Not only was there a crackdown on copyrighted material posted on the site, there was more financial backing for original creators to post their own material and make money off them.

And that’s where people like Tay Zonday, whose real name is Adam Nyerere Bahner, came in. While at the time of his rise to stardom there had already been song-based memes like Rickrolling, there hadn’t truly been an internet star created organically based on their own independent creation. That all changed when “Chocolate Rain” took the web by storm in early 2007.

Coupled with an impossibly deep natural baritone (which Zonday notes on his own website has been compared to Paul Robeson, Barry White, and, uh, Brad Roberts of the Crash Test Dummies), somewhat bizarre lyrics, charming performance tics like turning away from the microphone to breathe, and a plinking keyboard beat, “Chocolate Rain” was both a catchy song and just weird enough to give internet wags something to make gags about. Basically, the perfect concentration of viral elements.

The original video, posted in April 2007, has garnered more than 113 million views in slightly more than 10 years on YouTube. Getting on the front page of YouTube—back when that was key to driving attention—helped propel Zonday to instant internet celebrity. At one point, “Chocolate Rain” was among the top 50 most viewed videos on the site, though it has since fallen from those ranks.

Since this was early in YouTube’s history, it makes sense that Zonday didn’t have an extensive catalog of videos at that point. Still, striking massive paydirt on just his third-ever video is impressive. Nevertheless, it was on his channel for three months before it caught fire and reached a wide audience. Back then, Zonday was a grad student in Minnesota pursuing a doctorate in American studies, with a focus on performance and social change, themes that clearly informed “Chocolate Rain.” Zonday has admitted he had little prior musical training and had only dabbled in the piano before “Chocolate Rain” was a hit.

The seemingly cryptic lyrics (Chocolate Rain, Dirty secrets of economy / Chocolate Rain, Turns that body into GDP) can easily be read as a commentary on racism at a glance, but the overarching theme was missed by a majority of listeners, Zonday claims. “I believe about 20 percent of people who watched it at the time appreciated a deeper social message,” he said in an interview with BT to mark the 10th anniversary of the song in 2017. Of course, the message didn’t go over everyone’s head. A writer for Vice termed “Chocolate Rain” “the wokest song ever,” saying most don’t appreciate it for the deep commentary on race that it really is.

During a recent run-in with airport security, Zonday invoked “Chocolate Rain” on Twitter to comment on rude treatment he received.

4) He credits 4chan for his rise

Given the role that the famed den of trolls, 4chan, has played in the rise of the alt-right, it might seem a little odd that it played a part in promoting a song that is about institutional racism, but that’s what Zonday says. He credits the site with building the buzz about “Chocolate Rain” that led to it becoming a crossover cultural hit. Like most things, it was a joke for the posters on 4chan. That amusement led to more jokes, which spiraled and spiraled until the video was getting enough attention that people were enjoying it unironically, or at least mostly unironically.

5) But the internet keeps killing him off

If the YouTube sensation escaped the wrath of 4chan, he did not survive social media unscathed. Pranksters love killing of C-List celebrities for the LOLs, and Zonday has been in their crosshairs for some time.

In 2012, his Facebook page and YouTube channel were filled with messages lamenting his death, despite the star still being alive and well.

It was the second notable time he’d been killed. Back in 2009, a YouTube channel hosted a video called “Tay Zonday Shot Dead,” where he was pictured being brutally shot.

As a follow-up to “Chocolate Rain,” Zonday touched on one of the most prevalent memes of the day by covering Rick Astley’s 1987 hit “Never Gonna Give You Up,” which gained new life in the mid-2000s as a prank that people sent each other or posted publicly as a link when something else was expected. For what it’s worth, it’s an interesting cover. In fact, Tay found a second life doing covers, thanks to his uncanny baritone. His cover of Carly Rae Jepsen’s “Call Me Maybe” racked up 6.5 million views.

7) An appearance on The Kimmel Show gave him mainstream attention

Because the internet was both an unknown and viewed as a threat to conventional forms of entertainment, most television shows veered away from highlighting internet culture in its early days or cast it in a negative light to keep people away from it. One exception was the Jimmy Kimmel Show, which had internet stars occasionally appear. Zonday got to perform “Chocolate Rain” on an August 2007 episode. By then, “Chocolate Rain” was already a huge hit online, and this appearance only helped to push the song to the many who hadn’t yet given their lives over to the internet.

In the interview, Zonday hit right at the heart of the absurdity of meme culture, even in its inception.

“You just kind of put something silly on YouTube and it gets lots of attention.”

In a 2008 episode, the boys encountered a slew of early memes in an effort to raise “internet money.” It was a way for South Park to parody internet culture, which was something that gained a lot of attention but struggled to be monetized at the time. Among the other early memes that were satirized along with Zonday were Star Wars Kid, Numa Numa, Tron Guy, Dramatic Chipmunk, and the “Leave Britney Alone” guy. At one point, upset over their order in line, Zonday pulls a handgun and begins methodically shooting other memes, only to have his head explode when he encounters the chipmunk.

When asked about it, Zonday said he wasn’t much bothered by the depiction.

9) Zonday hasn’t made all that much off it

Maybe South Park had a point, at least about those early internet stars. In a 2009 interview, Zonday mentioned that he was making roughly $4,000-$5,000 per month from the video, mostly from ringtones and music sales. That’s certainly not bad, consistent income to get from one video, but it hardly constitutes a vast fortune. In a 2017 interview, he says he regrets initially making the song available via free download. “I didn’t put it on iTunes,” he said. “I definitely regret that. If I had made smarter business choices when it was hot that would have been good, but I didn’t know.”

Weezer’s “Pork and Beans,” released in 2008, is notable for being the first single from the band to not contain a guitar solo. Just kidding, it’s not particularly notable at all. But the video for the song, which cleverly referenced and integrated a host of early internet stars, ended up winning a Grammy the next year. “Chocolate Rain” played a part, as did “all your base are belong to us,” those dubs of G.I. Joe PSAs, and the “leave Britney alone” guy.

Back in the dark ages before video upload sites and social media, the only way untrained musicians could get national acclaim was through talent shows or singing competitions. Those shows still exist, of course, but there are other avenues available. So it was a little bit of a throwback for Zonday to appear on America’s Got Talent and share the song that the internet made popular for a TV competition.

12) Dr. Pepper had him endorse a cherry chocolate offshoot

Sporting a grill and accompanied by the rapper Mista Johnson, Zonday had an offshoot to his original hit with “Cherry Chocolate Rain” to promote a Dr. Pepper release. Naturally, there was blowback online from people calling Zonday a sellout, because anytime someone is able to make some money off the thing they originally did to entertain people for free, someone is going to find a way to be upset.

It must be quite the honor for an amateur musician to have Green Day’s drummer cover your song. This would also presage the many celebrities and TV shows that covered fellow online wonder Rebecca Black’s viral hit “Friday,” which arrived four years after “Chocolate Rain.” Back then, it was groundbreaking. Nowadays, musicians covering viral songs is par for the course. Just take a look at Gangnam Style.

14) John Mayer also had a creative rendition of it

Tre Cool wasn’t the only celeb to cover “Chocolate Rain,” though John Mayer’s was hardly a straight cover of the song. Appearing on VH1’s Best Week Ever, Mayer mixed it with Nelly Furtado’s 2006 single, “Say It Right.”

In his interview with Kimmel years back, Zonday professed to have never seen this cover.

Though the clip is no longer posted on NASA’s website, in 2008, Zonday provided the narration for a multimedia presentation to mark the 50-year anniversary of the establishment of NASA. In Voyager 1 and 2, NASA put an array of musical selections on a golden record for some being in a distant time and place to discover and learn about civilization on Earth, at least before it destroyed itself. Perhaps if there are any subsequent versions of that, “Chocolate Rain” could be included, because why not?

Internet-enabled TVs! Those were cutting edge technology in 2010. To promote their newfangled product, TV maker Vizio put out a Super Bowl ad with Beyoncé, along with several well-known internet personalities, including Zonday performing “Chocolate Rain.” That’s right, low-production songs about systemic racism would no longer be confined to tiny laptop screens or computer monitors. They could be in the living room as well.

2017 internet is a much different beast than 2007 internet. The path to viral stardom nowadays is paved with takes, rather than goofiness, which is probably why these days Zonday is weighing in on the issues. Besides, his concentration in his studies was social change. This is probably closer to his passions than, say, making song covers of other silly memes. So if you click over to Zonday’s YouTube channel these days, you’re just as likely to see him share his views on net neutrality or Syria as you are to see him give us a cover of a song from Game of Thrones.