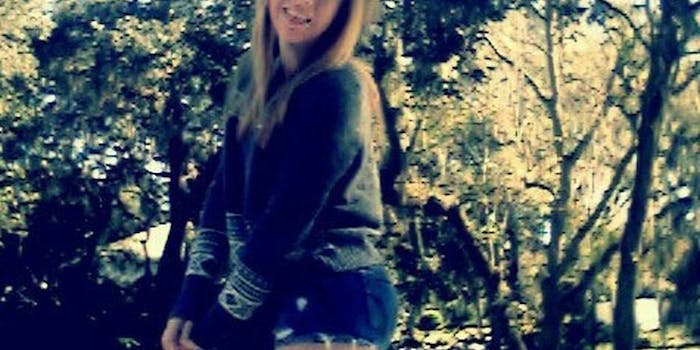 After 4th suicide, teens call for shutdown of Ask.fm

Following the bullying-related suicides of Jessica Laney, Ciara Pugsley, and Erin and Shannon Gallagher, supporters are calling for the shutdown of Ask.fm.

Following the online-bullying-related suicides of Jessica Laney, Ciara Pugsley, and Erin and Shannon Gallagher, supporters of the girls are calling for the shutdown of Ask.fm.

On Sunday, 16-year-old Jessica Laney was found dead in her Hudson, Fla., home after she was called things like a “fuckin ugly ass hoe” on the question-and-answer network.

On Ask.fm, Laney answered anonymous questions about her sex life, relationships, and weight.

Supporters started a Facebook remembrance page less than 24 hours after Laney’s death. Many commenters shared kind words for the teenager; others decried Ask.fm and signed a Change.org petition calling for it to be shut down.

“Signed……Rest In Peace little angel. Kids watch what you say to each other please. Words can hurt deeply!!! Treat other how you want to be treated,” Tamara Cooper wrote on Facebook.

Ask.fm cofounder Mark Terebin responded publicly on his own page, deflecting responsibility and blaming the media for “encouraging”  and “promoting” suicide:

Mass media is knocking on wrong door. It is necessary to go deeper and to find a root of a problem. Its not about the site, the problem is about education, about moral values that were devaluated lately. Ask.fm is just a tool which helps people to communicate with each other, same as any other social network, same as phone, same as piece of paper and pen. Don’t blame a tool, but try to make changes… start with yourself… be more polite, more kind, more tolerant of others… cultivate these values in families, in schools.

Suicide is not something to encourage via mass media. The more you promote suicide, the more it happen. Do you think mass media cares? They want scandals, they want sensations and finally they want money. Sorry, but we do not want to participate in it.

What happened is a true tragedy and we give our deepest condolences to the victim’s family and relatives.

On Sept. 19, 15-year-old Ciara Pugsley committed suicide in woods near her home. For two months before her death, the Irish Times reported, Ask.fm users called her a “slut” and “ugly.”

“Ciara did not want to die. She enjoyed living and had so much more living to do. She was driven to it,” a family member of Pugsley said at her funeral, according to the Irish Times. “I appeal to those involved in this dreadful activity to see the devastating consequences of their malicious comments here today.”

In late October, 13-year-old Erin Gallagher committed suicide after encountering “vicious online bullying,” the Independent reported. A day earlier, she had told her tormenters she would kill herself.

“In a post on Friday, the day before she died, she responded to a comment [on Ask.fm] which appears to refer to her being the victim of a physical attack in which she’d had her hair pulled,” the Independent reported. “She wrote back to her anonymous tormentors: ‘Do u think ur funny bulling me over ask.fm yeah u prob think it was funny when a f**in put a rope round my neck cause of yous, yous are that sad!’”

The mother of Amanda Todd, a 15-year-old who committed suicide on Oct. 10 after a man distributed nude images of her around the Internet, expressed support for the grieving families on Twitter.

The Daily Dot has reached out to Ask.fm for a comment and has not heard back at time of publication.

Laney‘s and Pugsley’s Ask.fm pages are still up. Many of the hateful messages still remain, as well as this haunting, hopeful note from Laney, posted on Thanksgiving after someone asked her about suicide:

“If you ever feel this low i just wanna [say it’s] not your fault. People are mean. I know you feel useless broken not wanted and alone. i was there. But i promise you it will get better,” Laney responded. “Nothing is worth it; it will all get better<3”