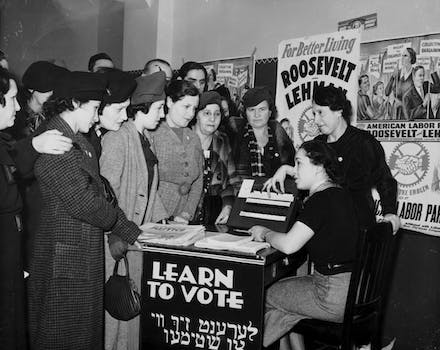 14 years have passed since Gore v. Bush showed the failures of voting tech. Why can't we get it right?

Surprisingly, the answer so far seems to be “yes.” Reinforcing this conclusion, Tuesday’s midterm elections were wrought with several computer voting issues across the country. Ars Technica noted that “the problems included 11 voting machines in Virginia Beach and Newport News, Virginia that were “knocked out of calibration,” as well as “wrong digital voter rolls” on thumb drives in North Carolina. There was also “a similar problem that resulted in some voters being turned away” in Michigan, where “several polling locations were shut down as some computers would not boot entirely.”

Finally, the website’s Cyrus Farivar also mentioned Connecticut Governor Dan Malloy, “who petitioned a state court to extend voting hours by an hour due to an “unspecified glitch” on voting computers.”

“Unspecified glitches.” Voting machines being “knocked out of calibration.” Faulty thumb drives. Such voting problems are at first glance so on the nose they’re hard to believe. Yet as it stands, America’s voting system simply is not ready to go digital. And while there are several reasons why we’re years away from correcting that, the biggest one may be our government’s spotty history with technology.

The current relationship between technology and politics is not all doom and gloom. Experts frequently point to social media as getting younger voters more engaged in the democratic process. This year, Facebook decided to do its part by putting a banner on top of users’ news feeds to pound the election into their heads, and encourage them to share that they voted. Not to be outdone, Twitter created an #Election2014 dashboard.

But despite initiatives to get the Internet generation to the polls, at least one school of thought suggests millennials are too disaffected to care about voting anyway. Tuesday’s low voter turnout among young people backs this up, though there’s some logical evidence which points to youth turnout always being higher in Presidential elections, rather than the midterms.

However, from millennials and beyond, social media efforts to get people to the polls can’t help but look somewhat pitiful in comparison to the lack of actual technological innovation in the field of voting itself. Especially when you take into account how virtually every major U.S. politician has some kind of Internet presence. On top of that it’s 2014, when basically all facets of life have gone digital. In a world where astronauts can vote from space, in theory it shouldn’t be that big of a stretch to improve voting tech here on earth, too.

Farivar argued the tiny European nation of Estonia could be a model for getting voting tech right. For the last ten years, Estonia’s elections have been conducted through the Internet, with the help of digital ID cards. These ID cards work by including a small chip, that can be read by a handheld device.

“With that infrastructure in place, the Estonian government began testing Internet-based voting in local elections in 2005,” wrote Farivar. “Two years later, it expanded to national elections. In the 2009 elections for the European Parliament, 15 percent of all votes cast were submitted online. That number grew to almost 25 percent for the 2011 domestic parliamentary elections and topped 31 percent during the European Parliament elections in 2014. One of the biggest criticisms of the Estonian online voting process was that it was not open source: that changed last year, when the country put the source code on GitHub.”

However, as the 152nd largest country in the world, it’s not really fair to compare U.S. infrastructure to Estonia’s. Their system may be near ideal, but the reality is that both the cost requirements needed to meet the physical and digital efforts of implementing the same kind of system in the U.S. would be much more daunting. However, with only Japan surpassing us in the tech sector, one would still think America would get around to making voting more tech-friendly, sooner or later.

The original sin of voting technology in the U.S. all goes back to the 2000 presidential election, when electronic voting let America down in spectacular fashion. This was in theory supposed to turn the American voting process around and make it more efficient. “Congress appropriated an unprecedented $2.3 billion in fiscal years 2003 and 2004 to help states purchase new voting equipment,” wrote Timothy B. Lee, also of Ars Technica. “Computerized voting machines were widely regarded as the next generation of voting technology, and vendors raced to introduce new touchscreen models to capture a share of the federal largesse.”

Since then, there have been technological upgrades to prevent another hanging chad situation, like the one that was particularly circa turn of the century Florida. However, we’ve traded these problems for issues with absentee ballots and voter registration policies. It’s almost as if every time the U.S. takes one step towards a digital voting system, we then proceed to take two steps back.

“A future where votes are cast on touchscreen machines and instantly tallied by computers has a superficial appeal,” warranted Lee. Except that a digital voting system makes it harder to accurately record who we intended on voting for. You could go to the ballot, press one name, then a glitch could accidently record it as another, and no one would ever be the wiser.

“Security researchers pointed out so-called direct-recording electronic (DRE) voting technology has a serious downside,” Lee continued. “When votes are recorded by a general-purpose computer, voters need to trust the software running on the computer. But there’s no way to be sure a machine’s software hasn’t been altered once it’s released in the wild. Nor is there any way to perform a meaningful audit of the results.”

The trust issues Lee mentions here entered a crucible in 2006, where, once again, election results were called into question in Florida. First a lawsuit was filed in the state’s 13th Congressional district by Democratic candidate Christine Jennings, who asserted that thousands of votes were lost to “the pervasive malfunctioning of electronic voting machines.” Then the ACLU filed another suit, claiming Florida election officials “dismissed reports of problems with electronic voting machines and resisted mandating audits and other methods of ensuring that electronic voting machines are capable of performing a genuine recount.”

Jennings and the ACLU both lost, but electronic voting’s reputation suffered irrevocably. Things got worse in 2010, when Washington D.C. tested an Internet voting system for absentee citizens. It was hacked into within 24 hours. Lee also recounts that in recent years, the 16 states using more tech-heavy voting methods and less paper ballots have been ranked “inadequate” by researchers.

With all the trouble that’s already occurred, it’s only fair to ask whether making digital voting a reality is even worth it in the first place. In 2013, the Pew Research Center found that just 19 percent of Americans trust their government, an all time low. One has to assume this extends to technology, wherein the fallout from the NSA scandal has left thousands of U.S. citizens not merely distrusting of their government, but convinced that said government is outright spying on them.

Can you imagine how well it would go over if the government decided to put cameras in voting booths? Because that’s virtually the only way right now to create an efficient method of recording who you’re voting for, if the voting system is digital.

Then, of course, you have the whole Healthcare.gov debacle, which convinced many Americans that if their government was not insidiously untrustworthy when it comes to technology, they were at least inept. Want further proof? Look at how many scandals have erupted because of politicians being bad at Twitter.

“Computerized voting is increasingly seen as a fad that has worn out its welcome,” concluded Lee. “But it might take another election debacle to generate the political will to retire these flawed machines nationwide.” So essentially, the thinking here is that things are going to get worse before they get better.

Though it seems inevitable that voting, like everything else, will eventually go digital, attempts to improve voting tech so far have been disastrous. The fault though, appears to lie not in the technology, but in our politicians. Until the American government can prove they know how to use technology efficiently and intelligently, it’s unlikely we’re going to trust them to install it for voting purposes. For now, it looks like voting is just going to have to stay analog.