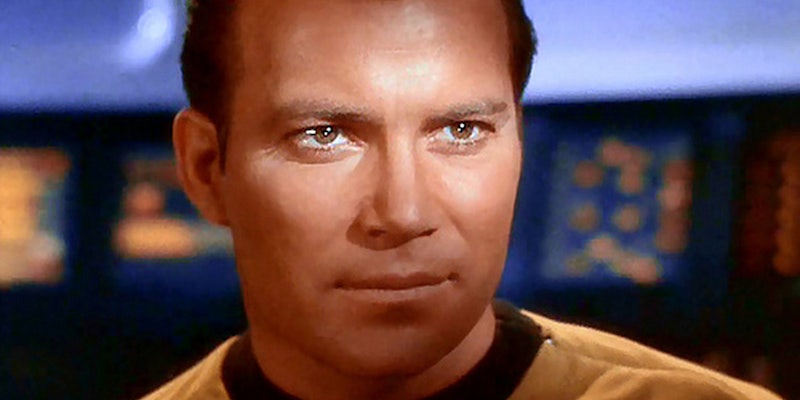 Shatner came to Reddit to do a Q&A with fans, and was less than impressed with the site's lax attitude toward bigoted and misogynistic posts.

Not content with merely Tweeting astronauts in space, William Shatner is also embracing his role as an enthusiastic Redditor.

Following his AMA last week, his latest contribution to the site is a post requesting that Reddit admins consider adding an option to turn off private messages, as his inbox has quickly become clogged with autograph requests from fans. However, responding to some advice from fellow Redditors, Shatner opened a whole new can of worms: the “should Reddit be moderated?” debate.

Commenting on some of the behavior he’d witnessed since joining the community, Shatner wrote:

“I am apalled by some of the immature, horrifically racist, sexist, homophobic, ethnic… etc.. posts that are just ignored here. Why are these accounts still active? While Reddit has done well in getting interest from the mainstream I just wonder if by allowing these children to run rampant and post whatever they feel will cause the most collateral damage if Reddit is biting off it’s own nose in taking that step to become a mainstream community.”

Reddit has often come under fire for its egalitarian attitude to commenting, which has sometimes led to offensive statements being upvoted—a prime example being the former success of notorious Reddit troll violentacrez, whose real-world identity was revealed by Gawker’s Adrian Chen last year. In particular, Reddit has been accused of being a haven for good, old-fashioned sexism, although perhaps a stern talking-to from Captain Kirk may shake things up a little.

In response to a reply from Redditor themasterof, who claimed that Reddit is “probably the second most liberal and least racist place on the internet after Tumblr,” the 81-year-old Star Trek star proved his social networking expertise:

“Reddit has been the first ‘mainstream’ site that I have been to that actually appears to allow racists and other hate mongers to group, congregate, incite and spread their hatred…. Also Tumblr has a very comprehensive set of guidelines about hatred and racist posts: http://www.tumblr.com/policy/en/community Also there are rules here which state: ‘Adhere to the same standards of behavior online that you follow in real life.’ Where is that rule being enforced?”

Star Trek fans will surely be happy to see that their Captain is still upholding the Starfleet ethos of equality and respect. As for his original post about inbox messages, apparently the Reddit admin staff are considering his request.