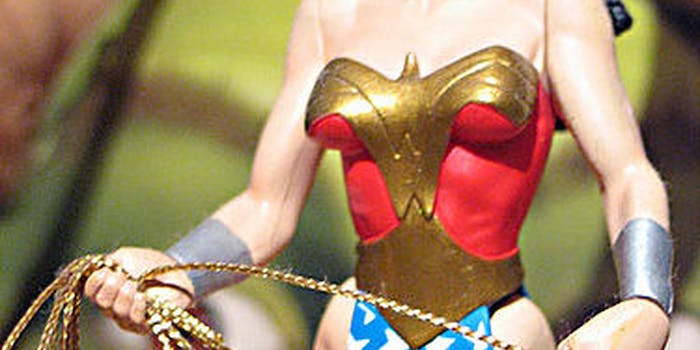 A Secret Santa gift gone sour is just one of many incidents that's prompted debate about misogyny on the social news site.

It hardly seems worth an argument:  It is. The thriving social news site is a community where a legitimate female rape victim is met with skepticism, but a fake male cancer victim is accepted without question. Reddit itself wrestles with the issue all the time on forums like r/ShitRedditSays, one of whose moderators, Amrosorma, made our list of top redditors for 2011 in part because of its policing of anti-women behavior.

Even during the holidays, concerns about sexism are heavy on redditors’ minds. This week on r/TwoXChromosomes, Reddit’s self-described female ghetto, a thread opened up for women to vent about misogyny on Reddit, which manifests itself in everything from distasteful comments to physical packages of lady-hate.

“When I got my Reddit Secret Santa gift, I wanted to post a picture showing how happy I was with my gifter’s choices. But then I saw how many male Redditors were mocking girls for including themselves in the pictures, so I changed my mind,” wrote jengomez. “I hate that I gave in to mob mentality. I hate that I even second guessed what I wanted to do, based on what a bunch of men were saying.”

Reddit’s power is twofold. On the one hand, it’s one of the largest and most eclectic places to talk about just about any topic on the Web. If you’re looking for thousands of people to talk to about anything from neuroscience to nail polish, this is a big, busy place to chat and share. And unlike larger social networks which largely restrict you to conversations with your friends, Reddit’s an open forum where you’re confronted with new people who don’t always agree with you.

On the other hand, since Reddit does not discriminate against anyone, even the most racist and misogynist opinions make themselves heard. And even though those aren’t the majority, just like in real life, these are sometimes the loudest.

It’s enough to make a woman want to be careful. In the case of this reporter, a neutral username seemed to do the trick. But for this story, I’m blowing my own cover. I went to r/TwoXChromosomes and asked for “Tips for women joining Reddit?”

The answer? Try to roll with the punches. According to redditor TodayIamGruntled, a little hostility toward women is just the lay of the land.

“The number one tip I have for ladies seeking the Reddit experience is to understand that at any point in the journey that you find yourself offended, angry, irritable, or just plain grumpy, it was a joke, get a life, get back to the kitchen, tits or GTFO, you’re just PMSing, and/or bitches love [fill in the blank],” she wrote.

Redditor adalha said that it’s clear the community has a “white, college-aged, liberal, American male” bias. But she sees bias against women as more of a hassle than outright hostility.

“I kind of have this metaphor/mental image in my mind for Reddit. Generally, it’s like a lovable, friendly, slightly inappropriate younger brother. Maybe it doesn’t really get some things and it says stupid shit sometimes, but mostly, it is genuinely curious and respectful,” she said.

“Pick your subreddits with care. Figure out which things make your blood pressure skyrocket and then make the effort to cull them from your front page listings. It makes the whole experience much more enjoyable,” she wrote.

And redditor cathline pointed out that it’s not just men who can be hateful.

“TodayIAmGruntled is very correct in her summation of some of the rude posts you will receive from men. However, we also have them from women,” she said.

Reddit really  is no different than any other online community. Under the guise of anonymity, there will always be a few haters. Just remember that front page commenters aren’t Reddit’s entire population, or even the majority—they’re simply Reddit’s most vocal set.

That’s why female redditors suggest instead picking subreddits that match your hobbies. I’m more of a lurker, but speaking from experience, I’ve always felt comfortable and safe in some of my favorite subreddits: r/anime, r/aquariums, r/knitting, and of course, r/dailydot.

These active, specific communities make it worth it to ignore naysayers and have fun. If Reddit were truly as sexist as its front page sometimes is, women like me wouldn’t stick around.

“Even if this is the first Internet community you’re joining, I think many women will enjoy the big subreddits and will find they can contribute and be respected,” aldaha wrote.