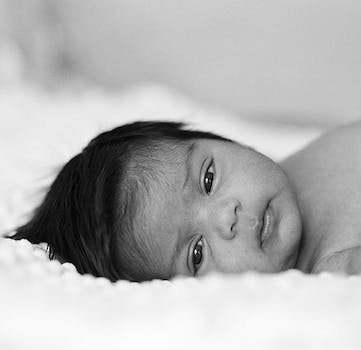 From Angus Pattie to Tiny Kox, these unfortunate names will make you want to call your mother and say "thanks."

Have you ever introduced yourself to someone, only to find out the person’s name is Peer Fish? That seems like something conjured up by The Simpsons writers, but it’s one of many odd names confirmed and chronicled by a terrific Twitter account.

Name Curator does little more than tweet real unusual names, along with proof that those monikers were actually bestowed by parents upon their offspring.

Run by Adelaide, Australia resident Ben Osborne, the account has tweeted hundreds of names since last September. Here’s a look at 25 of the best ones to date.

New Zealander Pattie doesn’t only have the misfortune of sharing his name with a high-quality burger. The seven-year-old also made the news after suffering sunburn.

An unfortunate name to the utmost degree didn’t stop Passwater from achieving some success as a NASCAR driver in the ‘50s.

The 38-year-old professional basketball player got his name from the optimistic outlook on life his mother had during rough times. Sidenote: His mother Lucy has quite possibly the world’s greatest nickname, Luce with the Juice.

One can only imagine the awkwardness in trying to extract Ledbetter’s forename from him when first meeting the car upholsterer. “Hi, what’s your name?” “Howdy.” And so on.

As if the musician’s name wasn’t terrific enough, Snail takes her name in good humor in her Twitter handle, @azaliaescargot.

There’s really not much to be said about this Dutch lawmaker’s name. Poor fella.

Saying this one out loud is the one of the most fun things you’ll do all day. Plexico is a Navy Personnel Command public affairs officer, though he sounds like he should be a WWE wrestler.

You’ll have hell to pay if you place your mitts on one of Ohff’s Collins-class submarines.

Let’s hope Fogg, who Sports Illustrated helpfully points out is “not a weather forecast,” doesn’t lose her way in the mist during a middle-distance race.

We have to wonder if Lavender, now an auctioneer, favored a certain type of scent when he owned an Ohio beauty salon.

Champagne’s mother has an interesting name herself.

Hooker is a pro U.S. volleyball player who carries a laptop around to keep in touch with fans.

Fish was a shipping merchant in the 19th century who had just about the best name possible for a whale boat captain.

Morgan had hoped for a royal career as a college football player. However, his athletic career was cut short after suffering a number of concussions, as noted in this article written by the also wonderfully named Chuck King.

The star of the Ridiculously Photogenic Guy meme made Name Curator’s tweets for his ridiculously memorable forename (and face).

A South African soccer player and scorer of the terrific opening goal at the 2010 FIFA World Cup, Tshabalala plies his trade with Kaizer Chiefs in his homeland.

A man whose name drips with toughness inspired several books, songs, and movies, including one starring the Rock.

The purported former leader of the so-called Dixie Mafia and allegedly involved in an assassination attempt on Tennessee Sheriff Buford Pusser, Nix is serving life in jail for murder.

It’s not too difficult to “cracken” some jokes about this Salvation Army branch manager’s name.

Wing is a rodeo rider who’ll undoubtedly hope for calm conditions during rides.

Having lost his right leg a few years before passing away, Bloomgarden showed it ain’t easy being a Broadway producer.

Not only was Gordon a Titanic survivor, he competed in the 1906 Olympic Games, winning a silver medal in a team fencing event.

Pie, of MLB’s Atlanta Braves franchise, missed a few days of action in 2008 after suffering from a twisted testicle. Ouch. In a cruel twist, the procedure was noted on Chicago Tribune’s Hardball blog.

Yep, that’s one person’s full name. In fact, it’s the longest name in the world, which includes the names of those helped by a charity set up by Dawn McManus in memory of her son. The Hartlepool, U.K. resident changed her name to the above to honor them.