A college student made these amazing DIY Avengers costumes

This guy takes lessons from the Tony Stark school of DIY.

Binqun Zu is the best friend a geek ever had. After all, there’s friendship, and then there’s the guy who’ll build an entire ensemble of full Avengers superhero suits for himself and his friends to cosplay.

Come to think of it, we’re not entirely sure they’re not actually fighting crime. Zu is a senior at the Shanghai University of Technology according to China News Service and ECNS News. If he applies the same meticulous detail to his education as he does to a collection of hand-made superhero costumes, we expect him to graduate with honors. Zu’s creations went viral after he posted a series of photographs of his collection online on Nov. 30. A lifelong comics fan, Zu buys his materials online and designs all the parts himself. In addition to a full Batman suit, he has designed two Iron Man suits, a Captain America suit, and a Thor suit.

Zu started working on his life-sized bodysuits in 2012 and hopes to complete the full Avengers set by the time Age of Ultron is out next summer. Obviously, he and his friends are going to wear them to the movie theater on opening night. 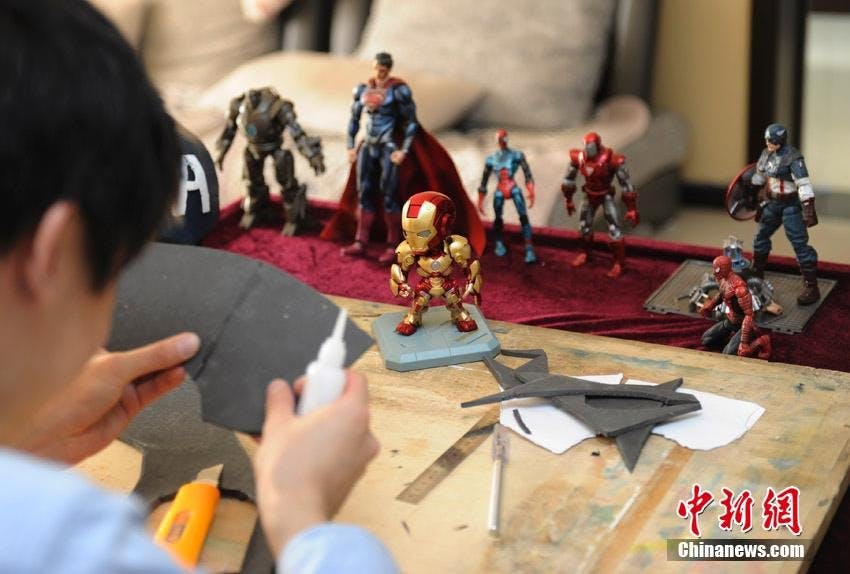 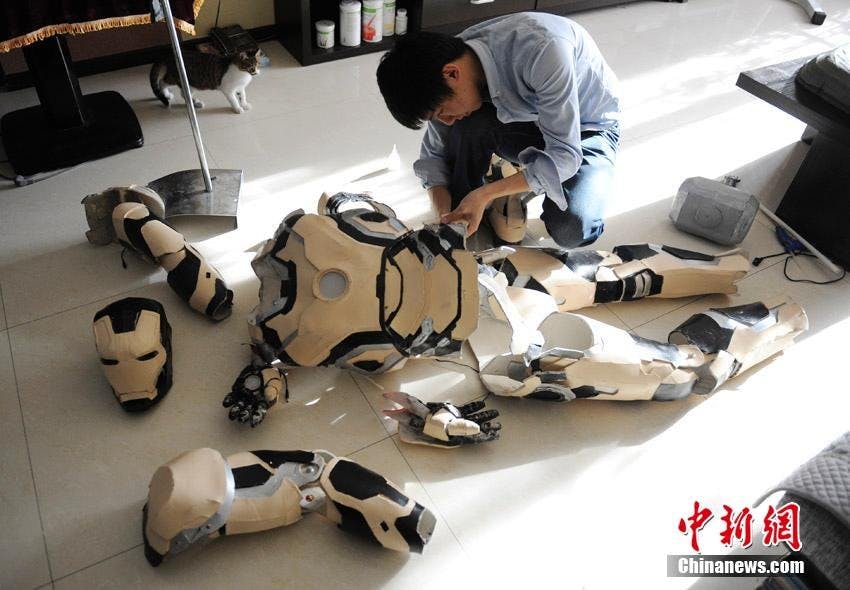 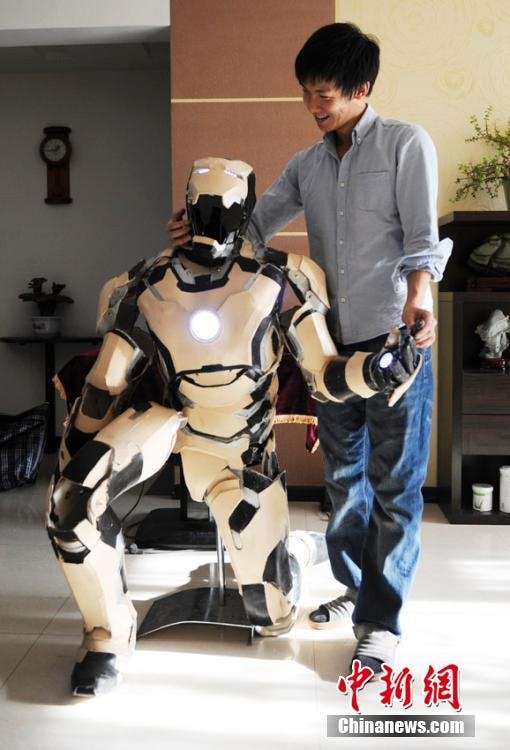 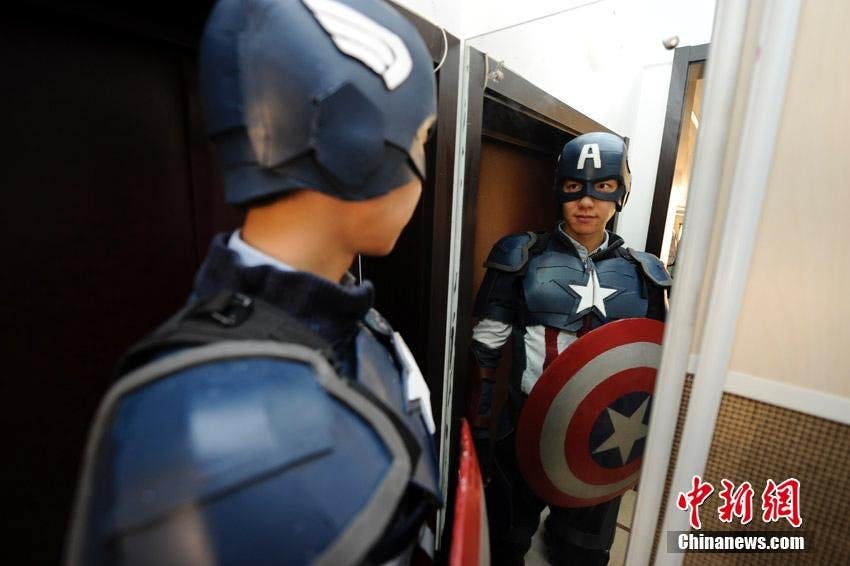 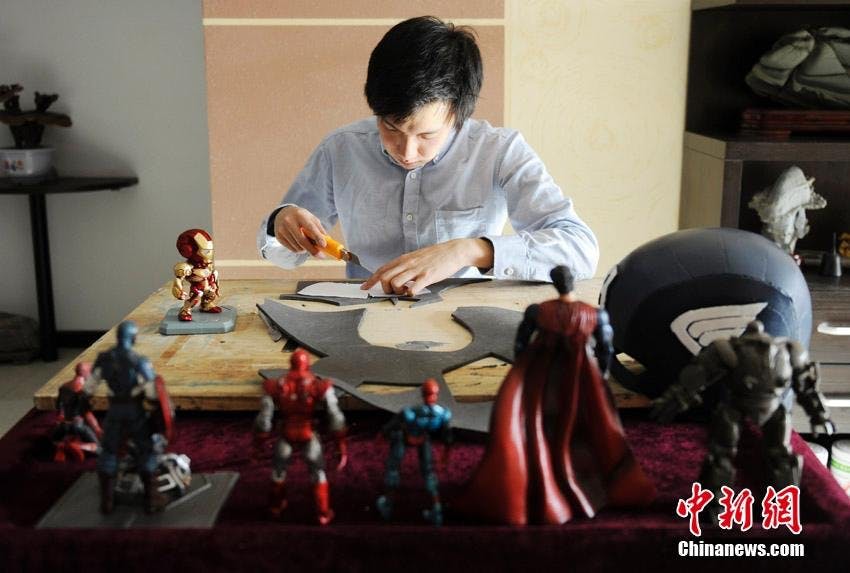 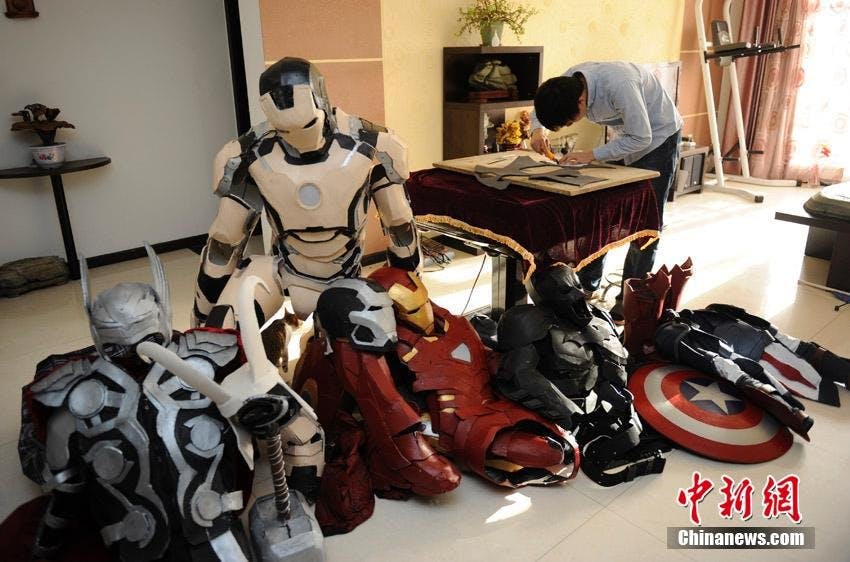 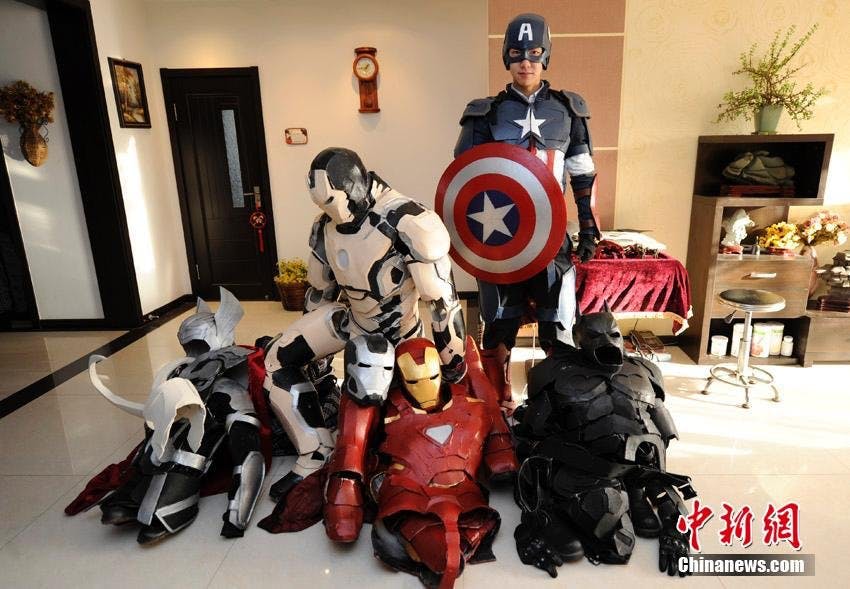