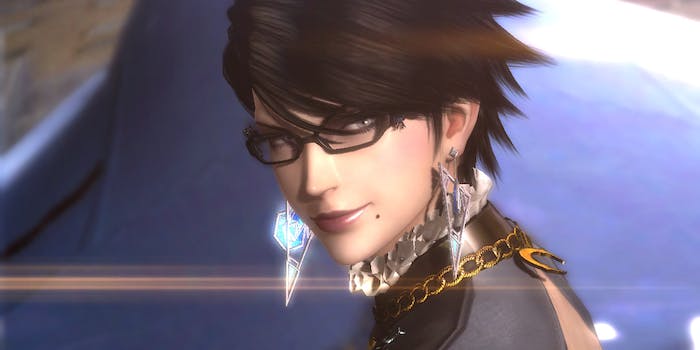 Now it's just a matter of turning tweets of support into cold hard sales.

Wii U players have gotten the short end of the stick. EA has pretty much stopped production on the platform, and even Ubisoft, generally a strong supporter, is starting to wane in its commitment. Publishers argue that Wii U players don’t buy third-party software, but Wii U players counter that subpar versions are usually shipped to the platform and say they’re willing to support strong software with strong sales. Enter #OperationPlatinum.

A movement by YouTuber Doctre81 is trying to get 1 million Wii U-sers to buy copies of Bayonetta 2, an action game currently being developed by Platinum Games and published by Nintendo. The idea is to prove to third-party publishers that quality software will sell well on Nintendo’s struggling console.

Anecdotally, Nintendo fans do seem to buy games that are favorably reviewed; just look at Shovel Knight, which we reviewed last month. The game has sold incredibly well on Wii U, and about 60 percent of the sales occurred on Nintendo platforms. Granted, that is a $15 game, while Bayonetta 2 will be launching at $60.

Regardless, it seems like #OperationPlatinum is working. Users on Twitter seem to be reacting to the movement favorably.

I think #OperationPlatinum is something I can get behind.

I was planning to get Bayonetta 2 before #OperationPlatinum. Now I know my dollars carry more weight!

“This is Commander Shepard and #OperationPlatinum is by favourite trend on the Citadel.” More love for AAA games on #WiiU the better :)

At the very least, if Bayonetta 2 sells well, it will act as a clear sign to Nintendo that Wii U owners are interested in software beyond the Marios and Zeldas. Generally, mature titles have always struggled on Nintendo consoles, but strong sales would show that Wii U owners are older and interested in mature titles. Now it’s just a matter of turning tweets of support into cold hard sales.

Bayonetta 2 is slated for North American release in October.