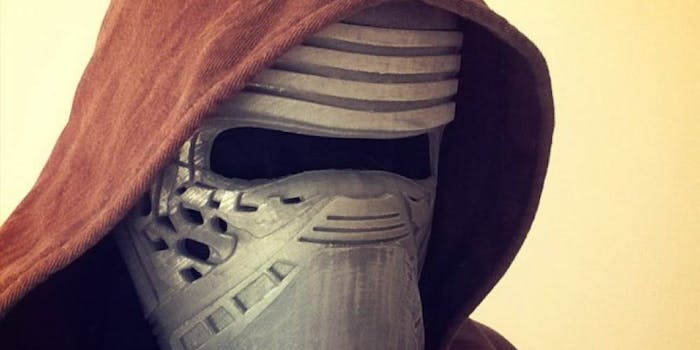 Why wait for the film to start working on your Kylo Ren cosplay?

Adam Driver’s villainous Kylo Ren from Star Wars: The Force Awakens has captured fans’ imagination before the film even opens. If you’re excited to learn more about Driver’s character but you don’t want to wait to start recreating his look, you can make your own Kylo Ren helmet with some free 3D-printing files.

Engineer Luke Daley, who designed the files, loves 3D printing. He and his wife belong to several Star Wars costuming groups, and he decided to create Ren’s costume after seeing photos of it on display at Star Wars Celebration.

“In terms of reference, when I started I had a plethora of various angle shots from the front of the helmet, [but for] the dome I just had to go from the concept art that was leaked earlier this year,” Daley told 3DPrint.com. “Now that we have the toys I’ll certainly make Version 2.0. My full reference album is here.” 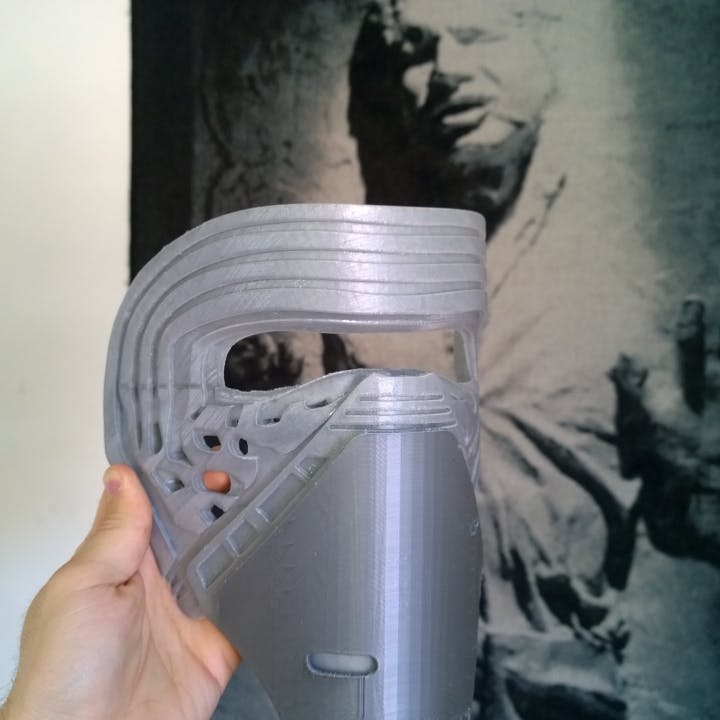 Daley is now offering his 3D files for free through My Mini Factory. He wrote on his page that designing Ren’s helmet took almost five weeks and more than 100 hours, calling it “absolutely the biggest design undertaking in the 3D world I’ve made to date.”

In addition to the helmet files, Daley is also offering files for Ren’s belt buckle and lightsaber belt clip.

You can see more of Daley’s work on his costuming company’s Facebook page.