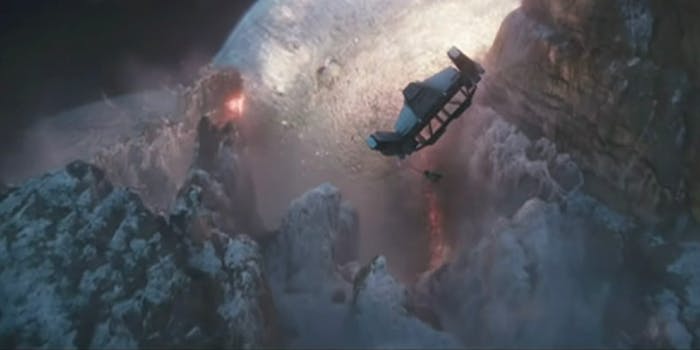 The visual effects that brought Solo: A Star Wars Story to life expand far beyond the digital, but even with practical effects mixed in, some of the inspiration that formed the final product came from the unlikeliest of places.

In a recent interview with the BBC, visual effects supervisor Julian Foddy broke down several sequences from Solo, which is up for the best visual effects Oscar. Although Solo—like the other Star Wars films—involved building fictional planets from the ground up, it still had room to include practical shots. For example, L3-37 was largely a practical effect: the film shot Phoebe Waller-Bridge wearing parts of the droid and a green bodysuit while details were added later. So was the coaxium explosion during a failed heist on Vandor.

As it turns out, the visual effects team watched a lot of YouTube

“Part of the problem with explosions and things like that is that if you shoot a miniature explosion, the scale of the gravity gives itself away,” Foddy explained. “We were trying to do an explosion that’s the size of a mountain. And Rob [Bredow] had the idea, well, if we can’t go big how about we go absolutely tiny? And he was a big fan of the Slo Mo Guys on YouTube.”

Foddy pointed to a particular video from the Slo Mo Guys—a firecracker being set off in a fish tank—and created some explosions of their own. They made a 3D print of the mountain they wanted to use and filmed around 64 explosions underwater at 120,000 frames a second.

Not only did it give the team a really cool shot, but it also had the effect of wrapping around the mountain, making a very man-made shot look as though some fantasy-inspired fuel warped it.