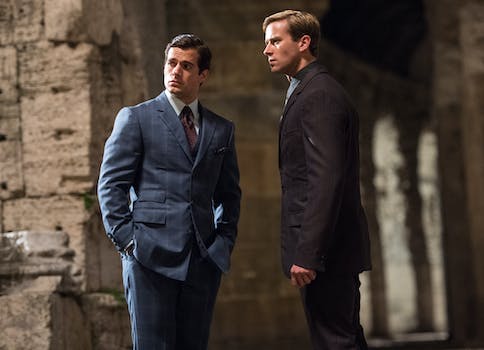 the man from uncle

The ‘Man from U.N.C.L.E.’ movie is revitalizing one of fanfiction’s first loves

Before 'Star Trek,' fans bonded over their love of 'Man From U.N.C.L.E.'

The two male leads (suave former thief Napoleon Solo and irritable Soviet hunk Illya Kuryakin) have a prickly dynamic that brings to mind any number of odd-couple partnerships, and the glitzy 1960s setting hovers somewhere between vintage James Bond and a Peroni ad.

If this sounds a little derivative, it’s for a good reason: The 1960s Man from U.N.C.L.E. TV series got there first, influencing everything from Marvel’s S.H.I.E.L.D. to a whole host of cheesy spy parodies like Get Smart and Archer. The reboot simply brings things full circle—along with its fandom, which is still going strong after 50 years.

Man from U.N.C.L.E. debuted in September 1964, one year after Doctor Who and two years before Star Trek. Up until this point, the kind of community we’d label as “fandom” had mostly been restricted to sci-fi, but for some reason Man from U.N.C.L.E. struck a chord. When the show was canceled in 1968 and the official fan club disbanded, people just kept on discussing Man from U.N.C.L.E. via snail mail. They exchanged print zine fanfic before moving on to email lists and forums, until last month when the new movie introduced a tidal wave of new fans on Tumblr and Twitter.

As fandom academic Cynthia W. Walker put it, “if Trek was the Big Bang, (Man from U.N.C.L.E.) was the primer.” The Man from U.N.C.L.E. was the patient zero for the kind of passionate fan community we see for shows like Sherlock today.

When asked about the show’s appeal, fans have a very clear set of answers about why Man from U.N.C.L.E. has retained such a stalwart following.

“The setting itself is like a little bubble outside of time, free from the tensions going on in the real world, and it’s also really hopeful,” explained fan Paula in an email. She started watching BBC reruns in the 1970s and has a collection of classic fanzines, vintage items from the early years of fanfic culture. “Good triumphs over evil, people from different backgrounds work together and it all works out in the end.”

“In the Doctor Who fandom we call that ‘Indefinable Magic,'” says Max Kowarth, who came across the show in the ’90s. “It’s the right people in the right place at the right time. The characters and cast inspire loyalty.”

If you’ve ever come across the reams of fanfic written about Stargate or Leverage or superhero teams like the Avengers and Bat-family, this will sound very familiar. 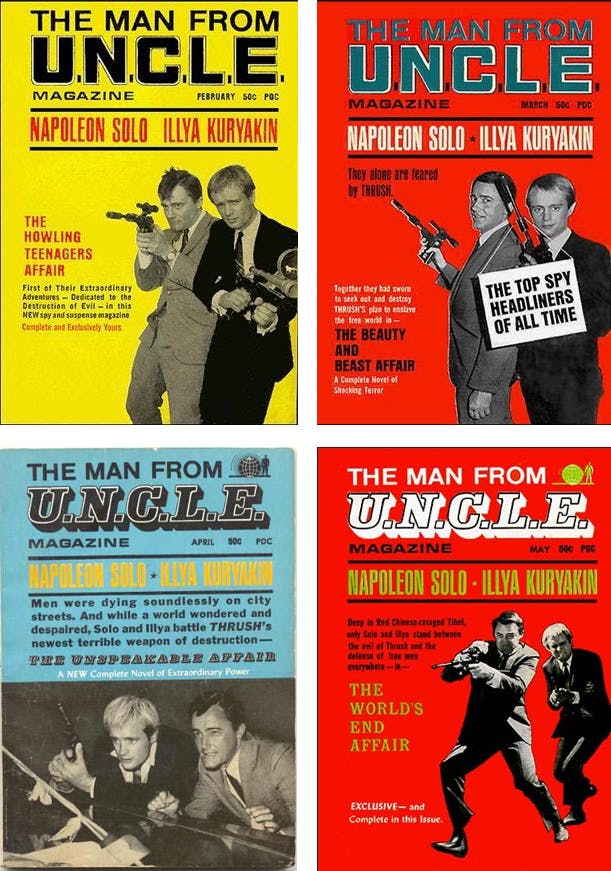 “I think double-acts always do well,” says Viktoriya, another longtime fan. She discovered the show in the early ’90s, shortly after moving to the U.K. from behind the iron curtain. At this point Usenet was the favored meeting place for fans, followed by early fanfic archives and mailing lists.

“It’s the same sort of premise as Kirk and Spock or Holmes and Watson—one cool and unflappable, the other more emotional and people-oriented. Cop shows have used that formula to great effect.”

Basically, Man from U.N.C.L.E. contained all of the building blocks that are now considered the essential formula to kick-start a cult following:

“If I had to pick just one thing that defines the enduring appeal of (Man from U.N.C.L.E.), it would be David McCallum’s Illya,” says Franzeska, who found out about the show via X-Files fandom. “I’m more of a Napoleon girl, but this is one of those fandoms where 99 percent of the fandom has the same favorite character.” 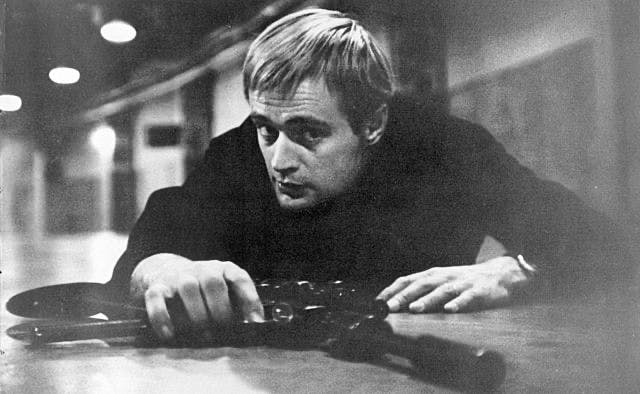 At this point it’s practically tradition for TV shows to misinterpret which of their male leads is the real heartthrob. From Spock to Teen Wolf‘s Stiles, female-driven fandoms tend to gravitate toward the characters who aren’t portrayed as suave ladykillers. And back in the day, Illya Kuryakin was a bona fide teen crush magnet.

One fan, Melly F., told us that after she got into the show on DVD, she unearthed an old Man from U.N.C.L.E. scrapbook belonging to her aunt. “Just pages and pages worth of Robert Vaughn and David McCallum (especially David McCallum) that she’d carefully cut out of various newspapers and magazines.” At the time, the press referred to him as the “fifth Beatle,” and the character became the muse for several pop songs with titles like “Illya Kuryakin Looked At Me” and “Love Ya Illya.”

Like Kirk and Spock and Holmes and Watson, Illya Kuryakin and Napoleon Solo have also inspired a huge amount of slash (same-sex romance) fanfic.

Early stories often focused on non-romantic plots where Kuryakin had adventures on his own, but by the 1980s people were beginning to see a homoerotic side to the Kuryakin/Solo partnership. In fact, Man from U.N.C.L.E. slashfic is so influential that you can see its popularity reflected in the fandoms for Starsky and Hutch, Stargate, Due South, Suits, Supernatural, and Sherlock, all of which are dominated by slash pairings between emotionally intense partnerships. Tropes that originated in Man from U.N.C.L.E. have now been remixed by two or three generations of writers.

Most recently, we saw Man from U.N.C.L.E.‘s impact with Kingsman: The Secret Service, a spy romp that reveled in the overt gay subtext between its two leads, and paid homage to U.N.C.L.E. by having its protagonists enter their secret hideout through a secret door in a tailor’s shop. 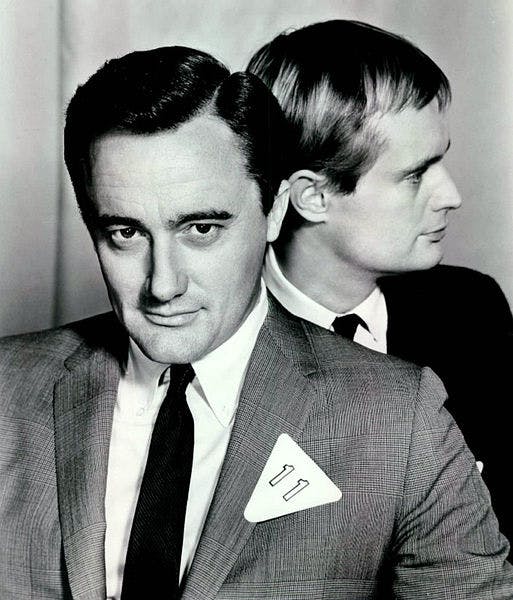 When watching the original Man from U.N.C.L.E. series for the first time, many younger fans are struck by how familiar it feels. “[It] just hit all of the narrative kinks I had about slash fanfic,” explained a fan who goes by the screen name Kleenexwoman. “Especially Illya, who seemed like kind of a weird, icy blonde genius… I loved the jokes, the corniness, the ridiculous tropes and the huge amount of wink-wink-nudge-nudge bondage.”

Almost by accident, The Man from U.N.C.L.E. spawned the kind of following that movie studios now spend millions to promote. The show was a mainstream phenomenon while it was still on air, but with the exception of a TV movie revival in 1983, fans were left to fend for themselves. The result was a community that set up lending libraries for pirated VHS tapes, argued passionately over characterization through decades of zine fanfic, and gradually germinated the seeds of modern-day slash fandom.

Classic Man from U.N.C.L.E. fans are excited to see what the new film’s audience will bring, but from a critical perspective it’s interesting to see how Guy Ritchie simultaneously appreciates and misunderstands the appeal of the original show. In particular, Illya Kuryakin has transformed from being a slim, dry-witted intellectual into a rage-fueled giant, and he and Solo only earn each other’s grudging respect in the final act of the film.

This rewritten dynamic is an inexplicably familiar trope among Hollywood reboots. The Avengers did something similar with Captain America and Iron Man, taking a pair of characters who were best friends in the comics and rebooting them as unwilling allies. The same goes for the 2004 Starsky and Hutch movie, the rebooted Kirk and Spock, and Guy Ritchie’s Sherlock Holmes.

The prevailing wisdom seems to be that supportive friendship makes for dull or old-fashioned storytelling, and these characters are more entertaining when they don’t get along. However, the longevity of Man from U.N.C.L.E. fandom—not to mention franchises like Harry Potter and Buffy, which celebrate the friendship among their lead characters—suggests otherwise.

Judging by the type of fanfic being inspired by Guy Ritchie’s movie, even the new fans seem to agree: The most appealing aspect is still the idea of Kuryakin and Solo working together against insurmountable odds. And, more often than not, falling in love.