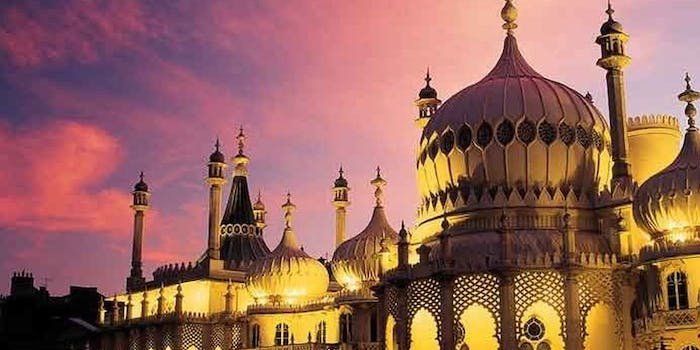 Only 4 percent of panelists are minorities, and only 35 percent are women.

How many white men does it take to fill up a sci-fi/fantasy convention?

Too many, says the Internet, which simmered in disappointment after the world’s biggest annual fantasy convention announced a program lineup of only a third women and less than 4 percent minorities.

For a genre group that has built itself on the back of its futuristic ideas and bold new ways of looking at the world, speculative fiction has always been a staunchly white male club. But with the advent of the Internet, the cracks in the structure of horror, sci-fi, and fantasy publishing have grown more visible, and protest against the traditional white male status quo has grown louder and more vocal within its geek-friendly online community.

The past year alone has seen an entire fantasy convention board resign over issues related to sexual harassment, a backlash against a prominent science fiction journal for featuring sexist content in its magazine, and the ousting of the notorious Science Fiction Writers Association member “Vox Day” after he made racist comments about acclaimed author N.K. Jemisin.

But despite these backlashes and halting movements forward, the speculative fiction community still suffers from under-representation of women and minorities. Which is why Twitter is none too happy that the World Fantasy Convention apparently hasn’t gotten the memo.

The attendee list, which includes Sir Terry Pratchett among other noted fantasy authors, features a relatively strong female contingent, but the panel make-up itself is notably skewed toward white males. It featuring several all-male panels and a drastically reduced number of minority attendees.

Re: #WFC2013 panels – trying to understand how a con focused on a supposedly female-dominated genre ends up with majority male panelists.

And when members complained, the convention organizers first denied there had been complaints, then emailed their members and attendees defending their decision to create a program list for this year’s con that mostly features white men.

The email, which attendee Tom Pollock quoted on his blog this morning, handwaves the community’s concerns:

World Fantasy Convention 2013 also does not operate on a gender “quota” or “parity” system for programming. Instead, our aim has been to match the best people available to us to the most appropriate panel topics, thereby creating an informed and enlightening discussion for your entertainment.

Foz Meadows’ tally of a panel roster that’s only 35 percent women and only 4 percent minorities is staggering. But the convention’s disregard for “parity” is apparently brought on by a change to the convention’s methods for determining who sits on panels. While in previous years, the convention restricted every panelist to sitting only on one panel each, a method frequently adopted by conventions to ensure maximum representation, this year the programming committee decided to fill its panels with, quite literally, whoever they thought was the best man for the job.

This change has led to a glut of mostly-male panels. Out of roughly 54 panels, 6 feature men only, and 14 more have only one woman each. And with only 11 panelists of color, it seems unlikely that the program will feature conversations that truly represent diverse points of views.

Many of the all-male panels have generic topics that seem applicable to both genders; however, one all-male panel that discusses e-publishing seems particularly egregious given that digital breakthroughs in publishing over the last decade have primarily come at the behest of female-led small presses. Instead, the mostly female panels include the condescendingly titled “I Lurve Fantasy,” which rehashes the much-debated topic of whether the new, predominantly female genres of urban fantasy and paranormal romance are “just the illegitimate offspring of ‘real’ genre themes.”

But even more than the way the WFC’s programming displays the way gender and genre are inextricable from the current tensions, many members of the community were appalled at what they felt was a complete disregard for the importance of minority representation.

@fozmeadows @foxvertebrae @wfc2013 So the W in WFC actually stands for white.

The convention has also come under fire for its lack of accessibility and its negative response to complaints about all of these issues.

I made plans to go to #wfc2013 this year. I cancelled those plans after hearing from people NOT on the con committee.

Ultimately, whether or not this convention, which takes place in Brighton, England later this week, can meet its attendees’ demands for equality, the question of representation and diversity in the science fiction community is only getting more pressing.

And if the real-life extension of sci-fi and fantasy publishing is still this unequal, it can only mean that the struggle for diversity within the genre itself is far from over.

CORRECTION: An earlier version of this story claimed that WorldCon 2014, an entirely separate convention, had experienced similar problems with representation. That report was not accurate—WorldCon has not turned away any female panelist from appearing on more than one panel. The Daily Dot regrets the error.