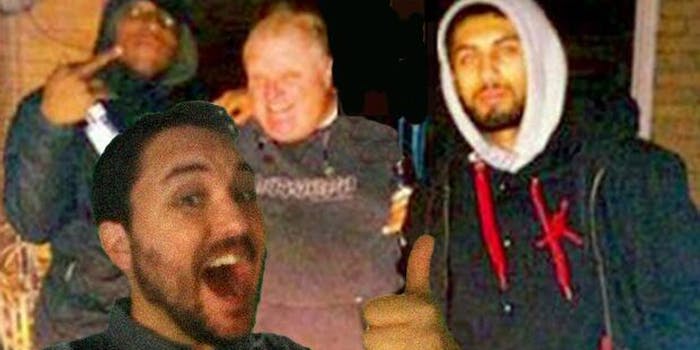 Wil Wheaton challenges you to a Photoshop battle

For no reason whatsoever, the Star Trek actor is holding an impromptu Photoshop contest on Twitter right now.

It’s so, so close to the weekend. As usual, Wil Wheaton sympathizes. For no reason whatsoever, the Star Trek actor is holding an impromptu Photoshop contest on Twitter using his grinning face and a green screen as ammo for remix artists to do their best and worst.

Okay, photoshoppers, get to work. We’re all counting on you. pic.twitter.com/270eUOyss3

And we’re off. Some  of the responses thus far have been pretty impressive, others look less like Photoshop and more like MSPaint.

@wilw I’m so sorry for this pic.twitter.com/RFSi2Kf52O

The winner, at least IMHO, has to Jeff Maynard’s photo, which pairs Wheaton with Rob Ford. It tells a beautiful new story about that fateful night that only Photoshop can bring us. Well done.