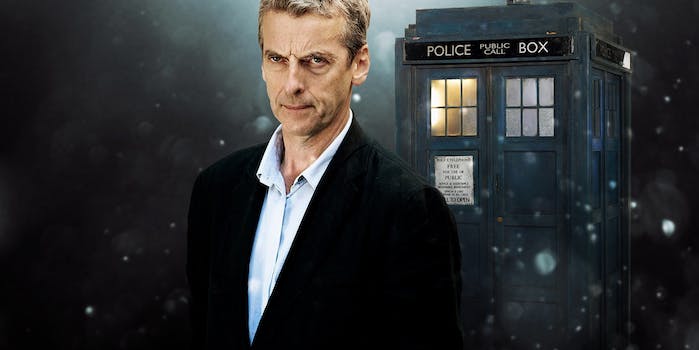 "Do I think it’s time to cast a woman as the Doctor? Not yet. Not quite."

The casting of Peter Capaldi as the Twelfth Doctor has been met by decidedly mixed feelings. On the one hand, he’s a highly respected actor (not to mention Oscar-winning director) who is already such a Doctor Who nerd that he contributed to fanzines back in the ’70s. On the other, the show is now 12 for 12 in choosing white, male actors to play the role of a character who can supposedly be any race or gender.

There’s still a great deal of resistance against the idea of casting a woman or a person of color as the Doctor. However, this week Neil Gaiman, a longtime fan and occasional writer for the show, revealed on Tumblr that a black actor had been offered the role in a previous regeneration but turned it down.

There’s no mention of who that actor was, but Gaiman does mention that he was “disappointed” when Patterson Joseph (who previously starred in Gaiman’s Neverwhere) wasn’t given the role last time round. Also, there’s still no indication that anyone other than Capaldi was seriously considered for the Twelfth Doctor.

Gaiman also had some controversial opinions on the topic of casting a female Doctor. Answering questions on his Tumblr, he wrote:

Do I think it’s time to cast a woman as the Doctor? Not yet. Not quite. And lord, if and when they ever do that, I want them to keep it the biggest secret in the world until we see it happen on our screens during the regeneration.

When a fan asked him what he meant by “Not yet. Not quite,” he explained that if he was showrunner then he’d absolutely consider a woman for the next regeneration, adding:

Some of that is stuff I’d find hard to articulate, mostly having to do with what kind of Doctor you follow Matt Smith’s Doctor with: someone harder and much older and more dangerous and, yes, male feels right to me, as a storyteller.

To many Doctor Who fans, this will seem like another case of male writers rationalizing the “need” for another male Doctor in a 50-year run of male Doctors. Much like how Peter Capaldi (or David Tennant, or Matt Smith, or Christopher Eccleston…) being “perfect” for the role is the explanation for why yet another white actor was cast.

Obviously Gaiman is not speaking as someone who has any particular control over the show, but the end result is still that the Doctor is, once again, a white dude. And that apparently it’s difficult to even imagine a female Doctor (even a “harder, older” female Doctor) without mentally preparing yourself for the narrative shock.

This attitude is something that comes up time and time again when casting characters in popular franchises, most famously with the idea of a nonwhite James Bond. Is it time to cast a female Doctor, a black Bond? Well, maybe, but first we have to test the waters. Just in case the target audience of children who were mostly born in the 21st century are unable to cope with the concept of a woman or a person of color in the role of a time-traveling alien with two hearts and the ability to spontaneously grow a new body when they die.

Neil Gaiman is not a sexist guy, and the comments he made on his Tumblr are perfectly reasonable—particularly his disappointment in the fact that we still haven’t had a Doctor who isn’t white. However, his opinions are still representative of an mindset that makes the idea of a female Doctor seem far more complicated than it really is.

At its heart, Doctor Who is a seriously ridiculous show. The Doctor has married a woman 800 years his junior, and split into two bodies so he could elope to an alternate universe. One of his companions (a pansexual, time-traveling con artist who eventually got his own spinoff show, and at one point got pregnant) became immortal and grew into a giant head in a jar. And that’s just the “normal” storylines. Some of the everyday single-episode plots are so silly that even diehard fans find it difficult to take them seriously. Not just that, but Doctor Who also has a history as an innovative show, introducing children to complex moral dilemmas, and showing LGBT characters on primetime TV. So why is it so difficult to imagine a woman or a person of color in the lead role? Why is it always “next time”?

Or, more likely, the time after that. Because if Steven Moffat stays on as showrunner after Peter Capaldi’s run as the Doctor, it’s likely that we’re in for another white dude to take top billing. Because, as he’s explained in interviews, women are needy, enigmatic mysteries, and in “civilized” society, nobody has any respect for the oppressed, henpecked demographic of middle-class men.