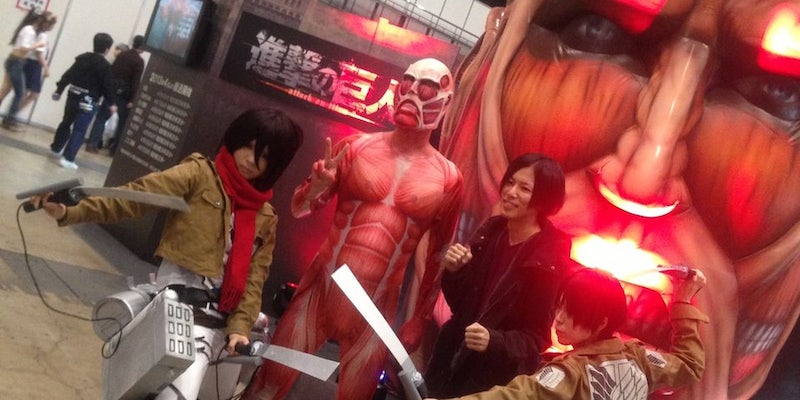 Gendered pronouns work a bit differently in Japanese, as fans of the hottest anime of the moment are learning.

Manga artist and writer Hajime Isayama may have given us 2013’s most popular anime, the intense Attack on Titan (Shingeki no Kyoijin), but fans learned yesterday that there’s one thing he’s refusing to give: clarification about the gender identity of one of his characters.

The ensuing debate illuminates the complex task of bringing Japanese comics to U.S. audiences—along with the surprising truth about gendered pronouns in Japan. 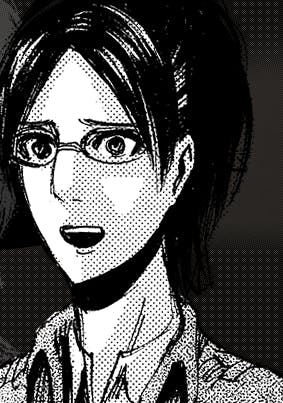 Hange is a squadron leader for the Survey Corps, the daredevil group of soldiers who fight against the series’ enormous and mysterious enemy, the titans—hence the name Attack on Titan, shorthanded universally as “SnK” after its Japanese title.

Throughout the series, fans have speculated about whether Hange was meant to be a non-binary character. Although the character has a female first name, they’re usually referred to simply as “Hange” (often written as “Hanji”). Gender isn’t really a part of the character’s identity.

As Tumblr user novyymir explains, “Hanji is not seen in any such binary-gendered scenario, and is referred to without pronouns that would indicate binary gender in all official sources.”

In 2011, a fan asked Isayama during a Q&A session on his blog about Hange’s gender. The translation of his answer, as provided by papermoon2 on Tumblr, is simple:

Q: I have one question, what is Hanji’s gender?  (I think she’s a woman, but every now and then I think she looks “manly.”)

A: After receiving this question I think it’s better if I don’t say either way.

Many fans, including papermoon2, believed Isayama was joking as a response to having his female character described as “manly.” Why? Because gendered pronouns aren’t really that common in Japan.

Because so much emphasis is placed on names and honorifics, people generally don’t use 3rd-person pronouns like “he” or she.” Instead, gender is a largely assumed construct. And when manga comes overseas, translators often have to insert gendered pronouns in for English-speaking audiences.

Hange isn’t the only SnK character whose gender isn’t specified, but unlike most of the other characters in SnK’s large cast, Hange is never really given a gendered context—except for a joke scene drawn outside of the actual manga storyline, in which they appear to be having a “damsel in distress” moment: 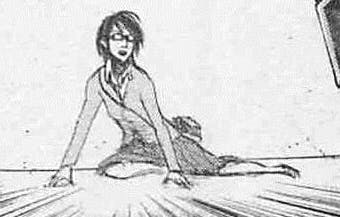 Illustration via Shingeki no Kyojin Wiki 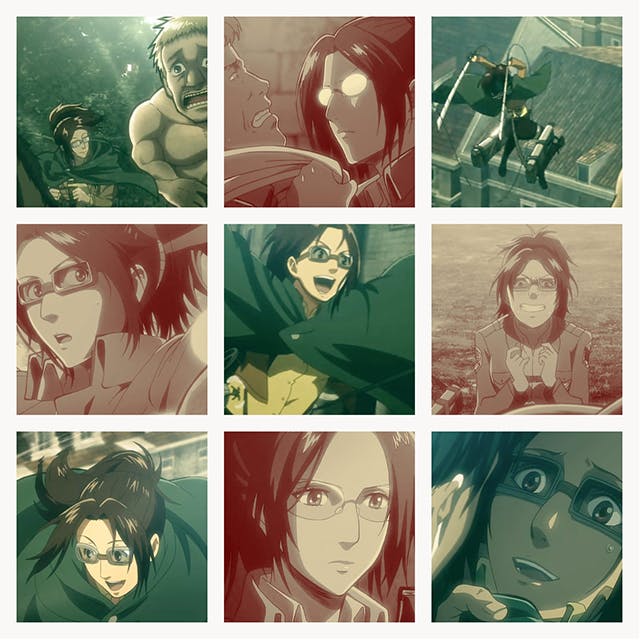 This is enough to have convinced many fans that the question was closed. But it wasn’t enough to convince everyone, and the subject of Hange’s gender has been an ongoing debate in fandom, with many fans arguing that at the very least, Hange doesn’t have a binary, male-or-female gender.

Yesterday, Attack on Titan’s publisher, Kodansha, confirmed on the Tumblr for its U.S. imprint, Kodansha Comics, that the refusal to gender Hange was always a deliberate choice on Isayama’s part. In response to a question from a fan, “Did you confirm with him that Hange is a woman?” the Tumblr’s owner, a self-professed combination of editorial/production/marketing staff, responded:

Isayama has confirmed that… we’re not allowed to confirm Hange’s gender. He has instructed us to avoid gendered pronouns when referring to Hange, or at least to use he AND she with equal frequency.

The spokesperson revealed that Kodansha U.S. was reprinting a previous volume of the series in order to replace feminine pronouns with gender-neutral language. Then they got even more explicit: when challenged not to “twist” Isayama’s words, they made it clear Hange’s gender is not up for assignment:

[W]hat I said is exactly what we were told. Isayama-sensei has asked us not to use gendered pronouns to refer to Hange. When he told us this, we went back through Vol. 5 and removed the couple of gendered pronouns we had used for reprint. That is all.

Finally, they elaborated that they felt Isayama’s choice was about respecting the narrative as well as respecting fan culture:

my impression is that he thinks Hange’s gender identity is not important to the story he’s telling, and so he wanted to give readers the freedom to come up with their own interpretations.

So far, the fandom’s reaction has been overwhelmingly positive, with some fans wondering if they should go back and update their own fics to match Kodansha’s commitment to leaving the character un-gendered. Other fans urged that leaving the character open to interpretation meant that fans who see Hange as female aren’t wrong either. And transgender and non-binary fans were ecstatic. Reader Ohnogangsters thanked Kodansha for their sensitivity:

as a non-binary person who has literally NEVER seen a character or popular figure in media who is not gendered as a man or a woman a single time in their entire life, your dedication to using the communicating with isayama and using the right pronouns for hanji/hange means SO much to me! thank you!!!

While the news has angered some fans, it’s clear that Isayam took the decision seriously. And that makes Attack on Titan not only one of the most interesting manga we’ve seen in years, but one of the most progressive—an unassailable attack on gender roles.