As a fangirl herself (and a psychology Ph.D.), Ellen Connell is just the right person to give advice about fans' common struggles.

There’s no denying that being a fangirl is fun. It’s great to lose yourself in a passionate fandom or activity and feel like a part of a wider community. But sometimes the geek world can be a difficult place to navigate. From sexism to convention harassment, there are many issues in fan culture that confront both kids and adults.

Luckily there’s a new advice column online that is trying to help geek girls of all ages tackle these issues. “Ask Ellen,” a column written by psychotherapist Ellen Connell, answers questions submitted by fangirls and provides advice on how to deal with some common situations.

“A lot of girls write in asking how to fit in at school, with co-workers, parents, and how to have confidence in themselves,” Connell told the Daily Dot.

The column is hosted on the blog for HerUniverse, the online fashion retailer for geek girls founded by entrepreneur and actress Ashley Eckstein. The “Ask Ellen” column is a part of Eckstein’s larger Year of the Fangirl campaign. Connell spent 5 years working in the animated TV and film industry, and met Eckstein while working on the first season of Cartoon Network’s Star Wars: The Clone Wars. The two became friends and stayed in touch after Connell discovered her first love was helping people through psychology and returned to school to get her Ph.D. After graduating last year, Connell met with Eckstein at San Diego Comic-Con 2012.

“We caught up and I was talking about how I finished my degree and would love to help people who grew up like me and didn’t feel like they fit in. I was a drama geek and interested in fantasy, which other kids weren’t into. I could have benefited from a therapist back then, but found my way through and found drama friends,” Connell said. Photo via The Mary Sue

At Comic-Con, the pair decided to start “Ask Ellen” as a way to help others. The column launched this March. Connell told the Daily Dot that most of the questions she receives deal with being bullied and how to convince those around you that there’s nothing wrong with having a geek passion.

When kids ask about bullying, Connell said she tells them to find an adult or teacher if things get serious. While it sometimes may be hard for adults to do anything except try to educate the bullies, kids should still look for help, support from friends, and, if they can gain the confidence, tell the bully to stop.

“They [geek girls] should know that having interests different from the mainstream makes them unique and wonderful, and make them feel confident and good about themselves,” Connell explained. “They should find people who they do fit in with and support each other.”

According to Connell geeks also need to be aware of not turning into bullies themselves. It might be tempting to mock someone else to try to make yourself feel better, but she said geeks need to break the cycle of putting people down.

A specific type of bullying fangirls face that Connell said might result from men trying to make themselves feel better is the questioning of women’s geek cred and the “fake geek girl” label. Trying to marginalize women and make them feel like they don’t belong is a way for some men to protect what they feel is their special place.

“Be confident in yourself as a geek and that you love what you love. Try not to let it [the bullying] get you down,” Connell said. “As HerUniverse has shown, women are clearly getting more involved at conventions and are true fans. Women dealing with this should be confident in finding a community of other women to support them.”

Other than bullying, Connell also gets asked about how to avoid unwanted attention and harassment from men at conventions, whether cosplaying or not. She advises going to conventions with a group of friends you can feel safe around, and telling security if a situation gets threatening, If someone doesn’t look threatening but is still bothering you, Connell said to tell the guy the truth, that they are making you uncomfortable, and ask them to stop. 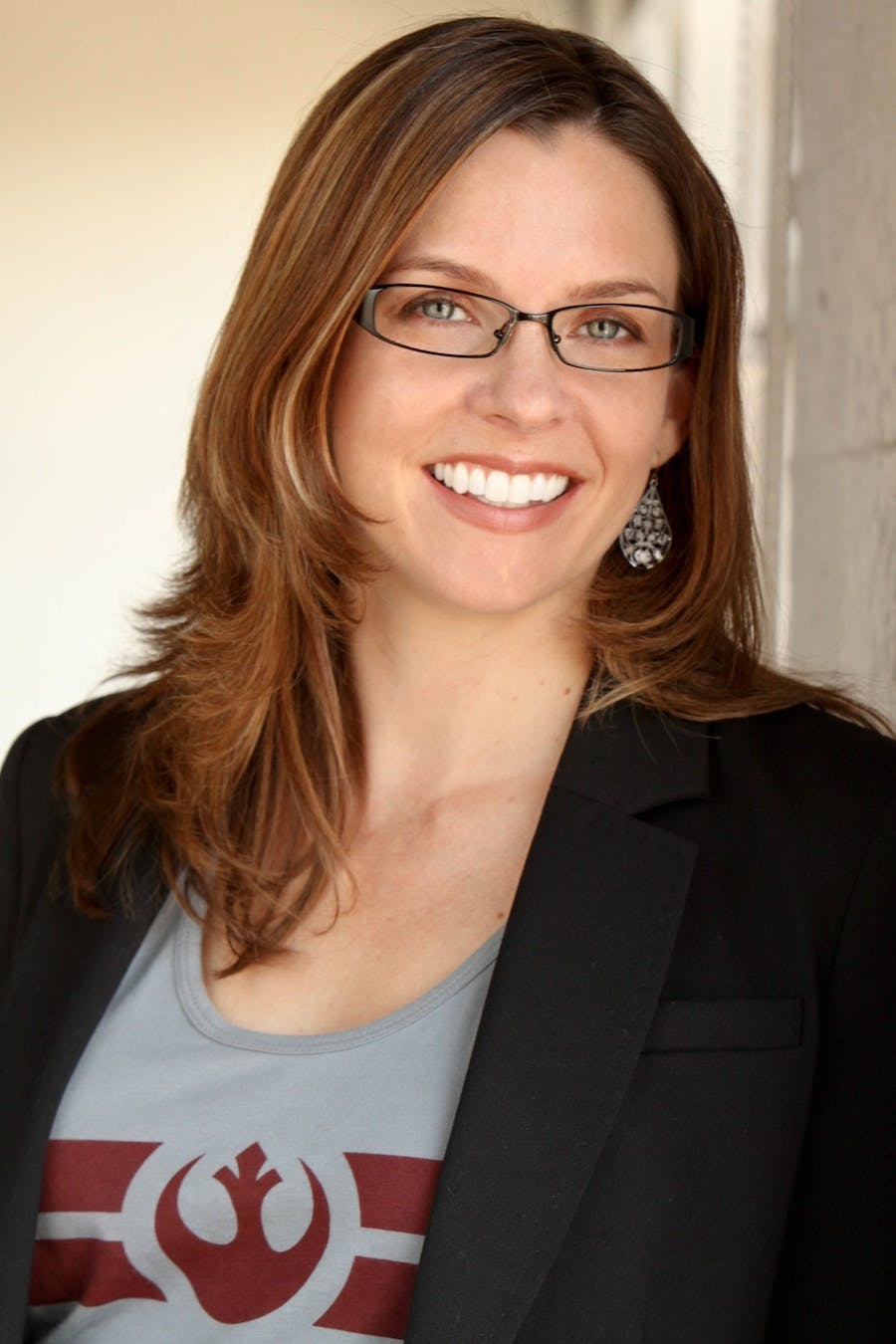 Connell is also asked about body image and female representations in media. She received a question from a father who wants his daughter to be a fan but worries that there are no good female role models. He asked Connell how he could introduce her to geek culture without her seeing all the oversexualization. This question is all the more relevant with the recent controversy around the DC Comics art contest asking for illustrations of a female character naked and preparing to kill herself, and the ongoing fight against those who don’t want more positive representations of women in geek culture.

“That was a hard one because it’s true that a lot of female characters are wearing skimpy outfits and are put on a pedestal for looking a certain way, which does affect women in this world,” Connell said. “My response was that the issue is changing and more characters are being less sexualized. I opened it up to the community, asking for suggestions of good role models, and the response was great.”

Each “Ask Ellen” column has received a decent response from the HerUniverse community of fangirls, offering their own advice and sharing their experiences, but this father’s question earned the column its most comments yet.

“I grew up with Samantha Carter from Stargate SG-1 and she continues to be an influential character in my life (a woman of the military and science with a strong mind and firm character),” wrote community member Jo. “…I agree with Ellen when she said that it’s important to focus on the character of a person and who they are rather than solely on appearance. Definitely give her the support and confidence she needs and I’m sure she’ll do well as she continues to grow!”

As the column continues, Connell hopes to see more involvement like this from the community as fangirls reach out to each other to help deal with these issues.

“Having different interests doesn’t mean there’s something wrong with you. It’s really about finding a way to be confident in yourself and sometimes that means turning to other people who have the same common interest,” Connell said.

If you want to send a question to “Ask Ellen,” you can submit it here.