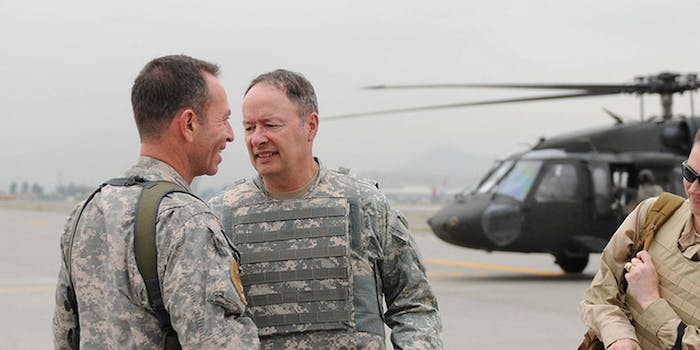 Every country that compromises its citizens’ privacy online has a magic word it evokes to justify the invasion. Thailand’s “open sesame” is “lèse majesté,” insulting the monarchy, often used by the government to muzzle the opposition; in Saudi Arabia, it’s insulting the Prophet.

It was evoked as late as last Friday by no less than President Barack Obama.

According to The New York Times, Obama maintained that “modest encroachments on privacy,” such as the loudly condemned PRISM, were “worth us doing” to protect the country against terrorism, such as the 2009 arrest of Najibullah Zazi in Colorado, a case which was trotted out as an exemplar of the program’s benefits.

Zazi was inquiring from online Al Qaeda sources how to make a bomb. Senior intelligence officials credited PRISM, a program for stockpiling intercepted online communications, for finding and capturing Zazi.

However, BuzzFeed‘s Ben Smith has found strong evidence that Zazi’s interception had nothing whatever to do with PRISM.

Publicly available legal records from the U.S. and the U.K., which also benefitted from PRISM, indicated that PRISM, if used at all, was incidental.

“While the court documents don’t exclude the possibility that PRISM was somehow employed in the Zazi case, the documents show that old-fashioned police work, not data mining, was the tool that led counterterrorism agents to arrest Zazi.”

The British arrests of several terrorism suspects led to the seizure of email correspondence between one of the suspects and an email address believed to belong to an Al Qaeda associate.

According to his testimony in court, FBI Special Agent Eric Jurgenson said his office in Denver was notified when that same email address was contacted by a man who would later turn out to be Zazi; the communications “contained language consistent with terrorism activity” and the address to which the email’s IP belonged was local, so the Denver FBI opened an investigation and started surveillance.

Traditional investigative work by the FBI, and not PRISM or the NSA, appeared to have led to Zazi’s arrest—shoe leather and reasonable suspicion, not indiscriminate electronic eavesdropping.

This finding deals a significant blow to the administration’s contention that American citizens are making a profit on the exchange of liberty for security.