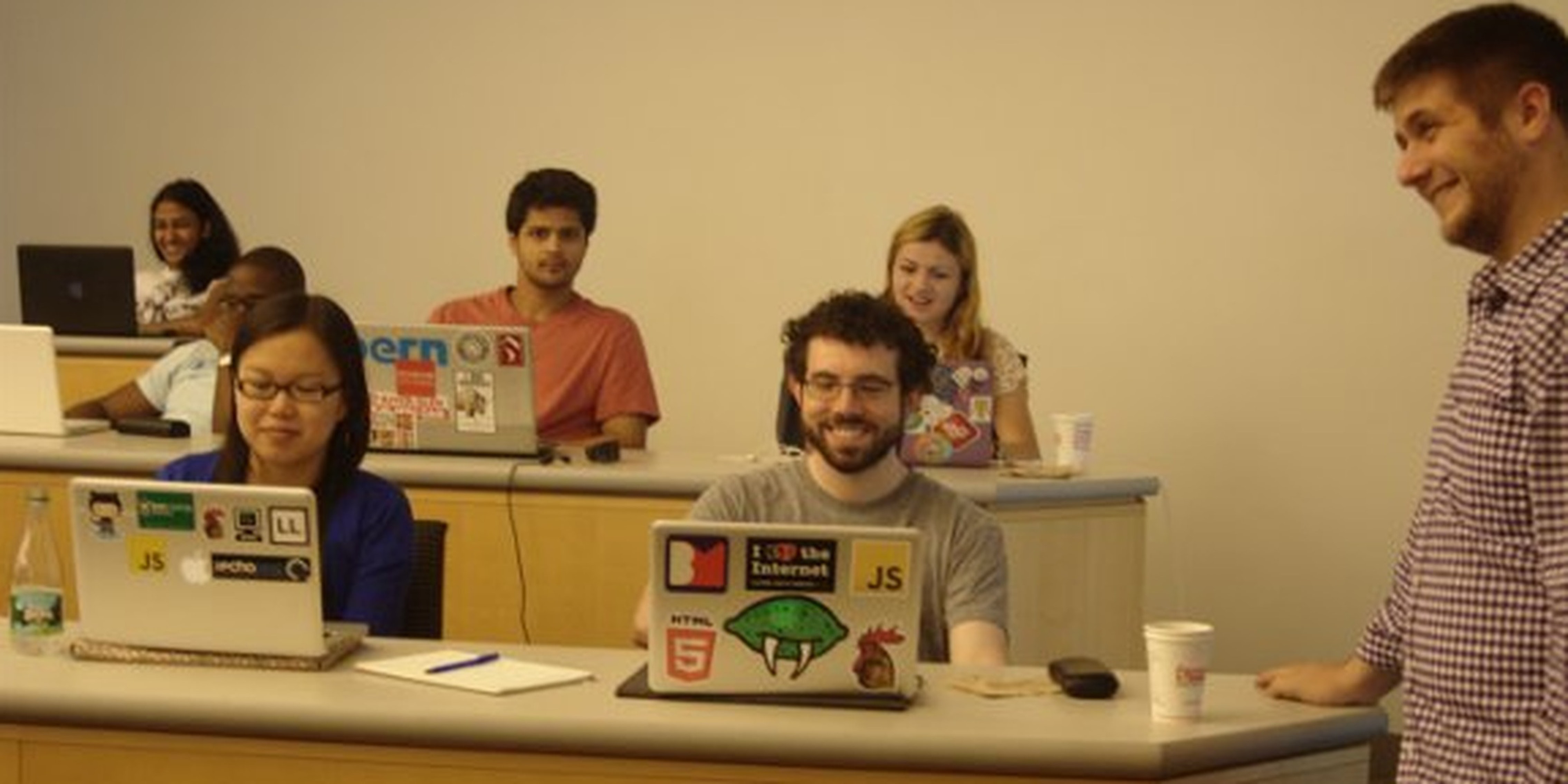 A debate about gendered pronouns on GitHub ignites the tech community

When a prominent GitHub coder deemed the use of genderless pronouns “trivial,” he discovered it wasn’t.

What’s in a name? Plenty, if she’s a GitHub user.

It’s no secret that the tech community struggles with sexism, and that many barriers exist for women at every age and level of entry into science- and technology-related fields. So when a prominent GitHub coder deemed the use of genderless pronouns “trivial” over the weekend, he quickly discovered that it was, actually, a very big deal.

Now, he’s threatening to withdraw from participation because of the hostility he received from users who wanted to promote gender inclusivity. It’s almost an inverse echo of Adria Richards and “DongleGate,” in which a developer evangelist lost her job and suffered a deluge of death and rape threats after complaining about hostility at the tech convention PyCon earlier this year.

One popular project on GitHub’s open-source coding forums is Libuv, a programming system that forms the backbone of Node.js, a popular Java-based Web platform.

On Saturday, GitHub user and longtime contributor Alex Gaynor rewrote Libuv’s documentation to use genderless pronouns. Then he filed it as a “pull request”—the review phase when other users discuss and accept or reject changes.

Although some users felt it unnecessary, most of the commenters who joined the thread were positive about the change, which removed “he” and “him/his” in favor of “they” and “them/their.” But lead coder Ben Noordhuis curtly rejected the change:

Confused users pressed him to explain. “Surely making the library less hostile is worth a few seconds of our time to press the ‘merge’ button?” Gaynor inquired.

When another user, Isaac Schlueter, committed the change anyway, Noordhuis undid it. He noted that he was one of only two people who had authority to approve changes to libuv, and he “chided” Schlueter for acting out of turn.

Noordhuis is one of Libuv’s main contributors and code authors and an employee of StrongLoop, a company that works directly with Node software. While many GitHub members viewed the discussion as “bikeshedding,” or giving undue weight to a minor issue, others viewed it as a sign that Node-based projects weren’t interested in joining cultural change within the tech community to be less sexist. Many went further, and viewed Noordhuis as the “bikeshedder” in this instance. As searls put it:

[C]losing this issue with a rebuttal certainly took much more effort than merely merging it in!

Noordhuis eventually reverted the change and merged it with the existing Libuv documentation. At the suggestion of his employer, StrongLoop CEO Issac Roth, he also revised the guidelines for writing and documentation to specify that users not make “assumptions” about who is using the code regarding gender, race, or other identities.

The merge would have been a win for proponents of embracing language changes on GitHub, which has been criticized for its track record of racism, sexism, and homophobia found within its free-for-all coding and testing spaces.

But Noordhuis also added that the whole thing had soured him on Libuv development:

I’m probably going to step back from libuv and node.js core development. I do it more out a sense of duty than anything else. If this is what I have to deal with, then I’d just as rather do something else.

Many GitHub users criticized the hostility with which he’d been met on the thread. Roth blogged on StrongLoop’s website Saturday that he wished users had spoken to Noordhuis privately first instead of lining up to criticize him. He then joked, “If Ben can’t learn, we’ll fire him.”

But not everyone was so kind. Joyent is the company sponsoring GitHub’s current Node project. Its vice president of engineering, Bryan Cantrill, is a noted software engineer who minced no words about his feelings on Noordhuis’s behavior on Saturday:

[B]ecause this is a Joyent-sponsored project, many made the reasonable inference that Ben is a Joyent employee—and have called Joyent to task for tolerating such poor behavior. (Especially when that poor behavior transcended into the gobsmackingly inappropriate as Ben tried to revert Isaac’s commit.)

But while Isaac is a Joyent employee, Ben is not—and if he had been, he wouldn’t be as of this morning: to reject a pull request that eliminates a gendered pronoun on the principle that pronouns should in fact be gendered would constitute a fireable offense for me and for Joyent.

The use of inclusive wording is so important to the open source community that they will happily hop on github to vilify a person who has been working tirelessly to benefit a major open source project. Things went downhill even further when Joyent’s Bryan Cantrill blogged that if Ben had been a Joyent employee, he would’ve been fired. I’m terrified by this kind of polarization in the communities I love, and it makes me hesitate every time I start to get involved in a project.

Many in the ongoing Twitter debate agreed with him:

@mr_r_miller @amystephen Because docs are hard enough to write without worrying about valid uses of he/she offending someone!

But while men like Noordhuis, Smith, and others may see greater attention to gender-inclusivity as a reason to back away from participation in the tech and coding community, the kind of coding language that alienates them are part of the reason why many women never make it into the community to begin with. As Hacker News reader smtddr noted:

Ben’s dismissive attitude, and yours, is exactly the issue tech-communities needs to tackle & extinguish. No, sed ‘s/him/them/’ isn’t going to suddenly make the world a better place but it’s the thought that counts. Every small step counts.

In this case, it looks like the “trivial” steps do, too.