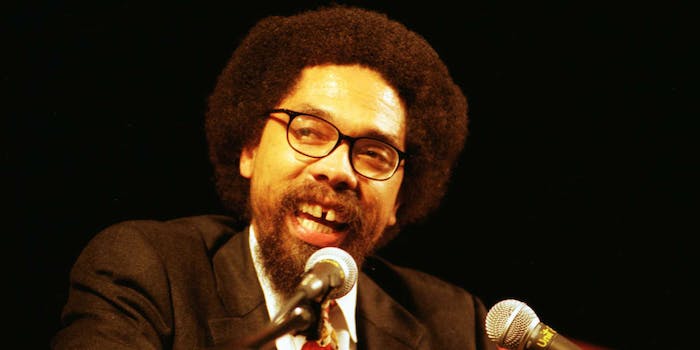 Activist and academic Dr. Cornel West was arrested during demonstrations in Ferguson, Mo. He was on the scene to protest police brutality against black males, including the August shooting death of Michael Brown and another incident on Saturday, another 18-year-old killed by police just miles from Ferguson.

Here’s Fusion’s livestream of the protests: