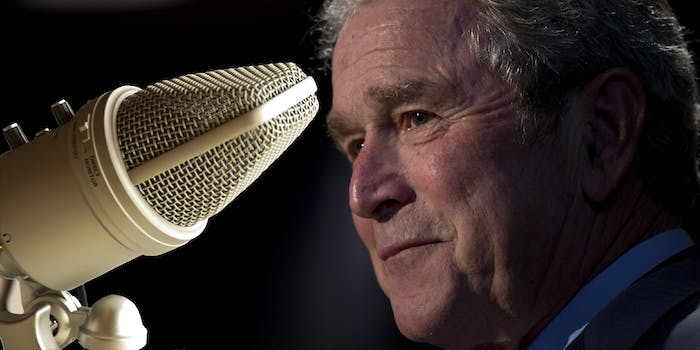 Plus: We talk about Avril Lavigne music videos.

This week on the ol’ podcast, the gang riffs on the legacy of George W. Bush: Was POTUS 43’s time in the Oval Office a missed opportunity? Is Dubya a misunderstood folk hero? A man of the people? A broken soul grappling with all these things that he’s done?

We also talk about Russia, the military, ICE controversies, and the Avril Lavigne video that starred a certain future Daily Dot editor.