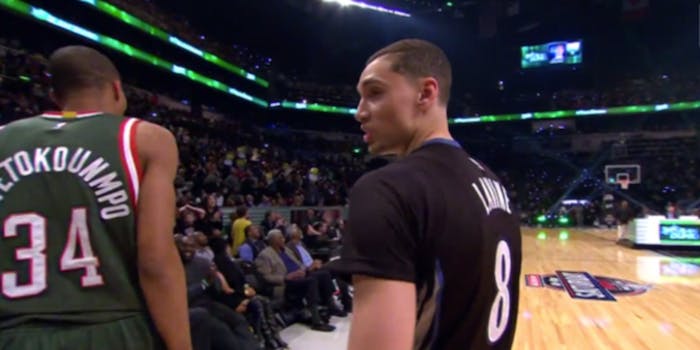 His performance had jaws dropping on floors.

There have been calls to kill the NBA‘s Slam Dunk contest, that it’s become a joke. But there was one swoosh of life last night, and his name is Zach LaVine.

The 19-year-old Minnesota Timberwolves guard was an octopus on the court, dishing out dunk after incredible dunk. This Space Jam-inspired monster was all people were talking about last night.

While that dunk was pretty great, the reactions might be the best part. And Twitter was falling out too.

As great as LaVine’s Space Jam dunk was, LaVine had some other highlights that led him to victory.