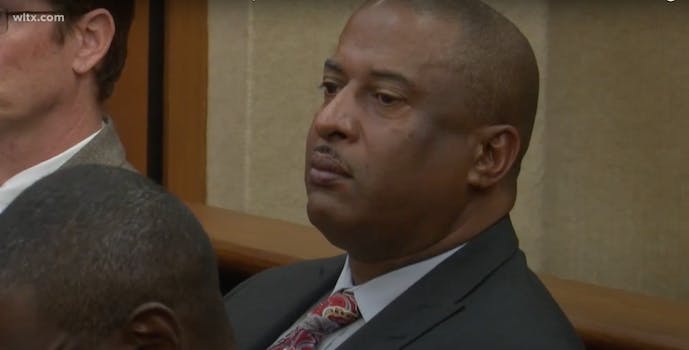 George A. Underwood was charged with civil rights violations, excessive force, altering police reports, and lying to the FBI.

A YouTube channel called Devil Advocate unpacked a former South Carolina sheriff’s history of indictments and allegations regarding criminal conspiracy, sexual assault, embezzlement, and forgery in a video posted on Thursday. The content creator dubbed the official “one of the most corrupt sheriffs that you have ever seen in your life.”

The former sheriff, George Alexander Underwood, is commonly referred to as “Big A” in Chester County, South Carolina and was suspended in May by the governor following his indictment by a federal grand jury. The jury charged Underwood with “civil rights violations, excessive force, altering police reports, and lying to the FBI,” WBTV reports.

The journalist behind the Devil’s Advocate YouTube channel, Dion McNeil, said that Underwood’s family is also included in the corruption and described them as a “crime family.” McNeil cites articles and court records for various sexual assault and misconduct accusations against the former sheriff.

In the video, he says that Underwood’s “Scared Straight” program, which was meant to help troubled children “learn lessons,” led to accusations of child abuse, which Underwood refuted. McNeil includes footage of officers aggressively disciplining children who are in the program, and some children are seen vomiting.

McNeil states that the same year Underwood claimed a war on gangs and drugs, Underwood’s son was sentenced to 12 years in prison for trafficking cocaine. McNeil also addresses the former sheriff’s wife, Angel Underwood, who is a judge in South Carolina. McNeil says she was suspended from the bench earlier in her career for engaging in “clear conflicts of interest” by interfering in cases that directly impacted the sheriff’s department.

The video also notes that Palmetto Citizens Against Sexual Assault Executive Director Charlene McGriff issued a complaint against Underwood in 2013 after a confrontational meeting in Underwood’s office.

“I was so mad, I thought he was going to hit me. When I got to the door, I turned around about six feet away from him and I said, ‘Sheriff, you’re a rude man,’ and I left,” McGriff said, per Lancaster News. “A deputy came after me, and brought me … I was so scared I left my purse, my cell phone, my keys, everything.”

Underwood refuted McGriff’s claims and filed a separate complaint. Underwood also faced charges of misusing funds for officers to work on his barn and using public funds to fly his wife to Nevada for a conference, the Post and Courier reports.

“When the South Carolina Attorney General’s office constantly fails the citizens by not prosecuting bad sheriffs and bad police chiefs when they have the opportunity, ” McNeil says at the end of his video. “Well, you’re going to keep getting more Alex Underwoods.”