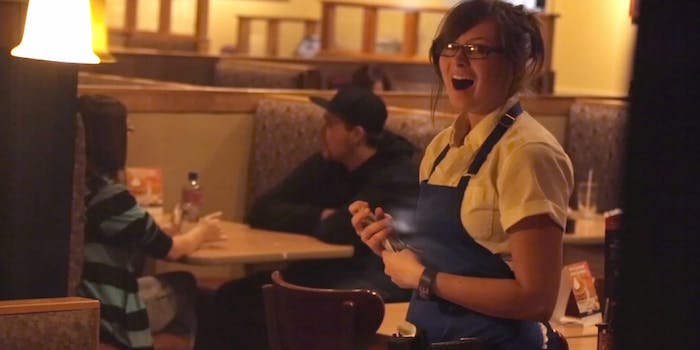 It only takes one generous action to make someone else's day.

It only takes one generous action to make someone else’s day.

Coming off a series of controversial and questionable pranks, YouTube tricksters LAHWF and Stuart Edge gave a number of servers the biggest tip of their lives.

The duo traveled to Orem, Utah, and hit up some diners late one night. After getting to know the servers throughout the meal, they left each of them a $200 tip.

Filming from a distance, Edge and LAHWF’s Andrew Hales capture the servers’ response.

For those who have spent one too many hours in the service industry, it’s a heartwarming display of gratuity.