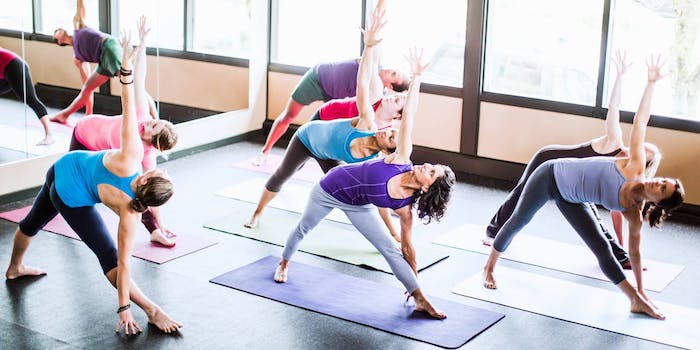 Women across the country are uniting in Yoga Pants Parades

Do you wish you could have made it to the Yoga Pants Parade in Barrington, Rhode Island, to protest one man’s vision for a yoga pants-free universe? Well, the movement is spreading, and tomorrow Portland, Oregon, will be hosting their own Yoga Pants Parade.

The 2.3-mile march will be hosted by Evolve Fit Wear. Owner Kyla Smith told the Daily Dot via email, “As a company that is in the industry of health and wellness, we see people struggle with body issues all of the time. A subject that we are passionate about is promoting ‘body positivity.’ The Barrington parade (and ours as well) isn’t really about the pants. It is reminding women (and men) that all bodies are beautiful, regardless of your age and you should feel comfortable in your own skin—whether you are wearing yoga pants or not.”

The original Barrington parade was organized after a man wrote into the Barrington Times, saying that yoga pants are an outrage on “mature, adult women” or “someone coping poorly with their weight,” and told women wearing them in public that they flat-out look bad.