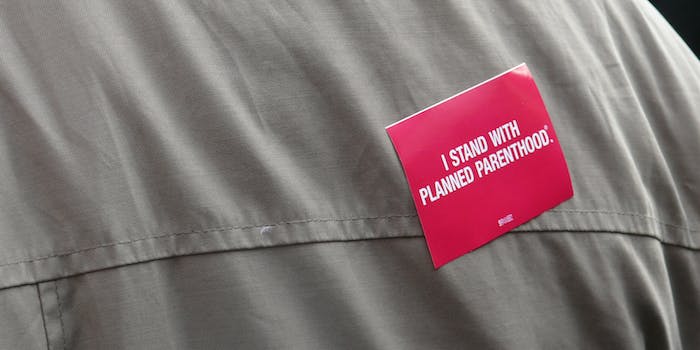 Wyoming is set to lose its only Planned Parenthood clinic

When interviewed by the Casper Star-Tribune, Planned Parenthood of the Rocky Mountains Chief Experience Officer Adrienne Mansanares suggested that financial difficulties impacted the Wyoming clinic, leading to its close.

“We looked at what services we provided. We also looked at the financial health of the health center,” Mansanares told the Star-Tribune. “Our No. 1 priority and concern is to ensure that we have coordination of care for our patients. We’ll be working really closely with our patients to make sure we get them connected to another provider.”

Located in Casper, Wyoming’s Planned Parenthood does not conduct abortions. Rather, the facility gives women access to pregnancy tests, birth control, STD testing, and vaccines. It also provides abortion referrals, even though the facility doesn’t carry them out. Losing the clinic represents both a symbolic defeat for women’s health and an upheaval for patients that require Planned Parenthood’s services in the state.

Mansanares denied that any current politics contributed to the facility’s closing, instead stressing that Planned Parenthood has constantly faced pushback from conservatives in a conservative state.

“There is always some big hit or big attack out there to close down access to reproductive health care, so that is a constant reality we have to face while focusing internally,” Mansanares explained to the Star-Tribune.

Wyoming isn’t the only state to receive a major blow to its Planned Parenthood operations. Planned Parenthood is also closing four clinics in Iowa, leaving only eight total in the state. Planned Parenthood of the Heartland president and CEO Suzanna de Baca is blaming Republican politicians for the closure, on account of the Iowa Legislature slashing Planned Parenthood’s funding across the state. Those facilities will shut down June 30, save for one in Bettendorf, which will remain open for several more months until staffing logistics are officially resolved.

“This is a case of extreme Iowa politicians deciding they know what’s better for a woman’s health than the women actually seeking care, with devastating consequences,” de Baca said, according to AP News.

Among Iowa’s four closing facilities, three performed abortions. Now, Iowa will only have five Planned Parenthood clinics that give women access to the procedure.