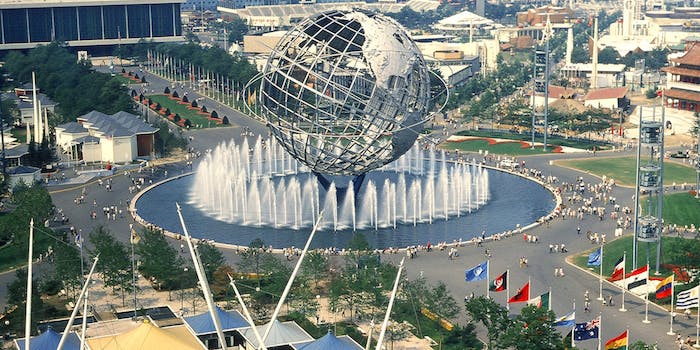 This tape may have controled a ride at the 1964 World's Fair in New York.

YouTube user proto57 was 7-years-old when he attended the 1964 New York World’s Fair, a showcase of the world’s greatest technological innovations.

One of the exhibits he visited was Bell Systems’ “The Ride,” a 14-minute-long chair ride through 50 three-dimensional scenes telling the history of communications.

“Three quarters of a million of the men and women in the Bell System welcome you aboard,” said the ride controller over the speakers.

It would be more than 47 years before proto57 heard those words again—on a reel-to-reel optical tape player he found in a junkyard in the 1980s.

After years of tinkering with the player, proto57 used an old Bell & Howell projector to play the audio on the tape.

The recording was made by Ray Dashner, known for recording much of the audio for the World’s Fair.

The transcript of the entire Bell Telephone ride can be found on nywf64.com, along with some photos from the exhibit.

Today, the World’s Fair Unisphere, a stainless steel Earth, still stands in Flushing Meadows, N.Y. It was restored in 2010.