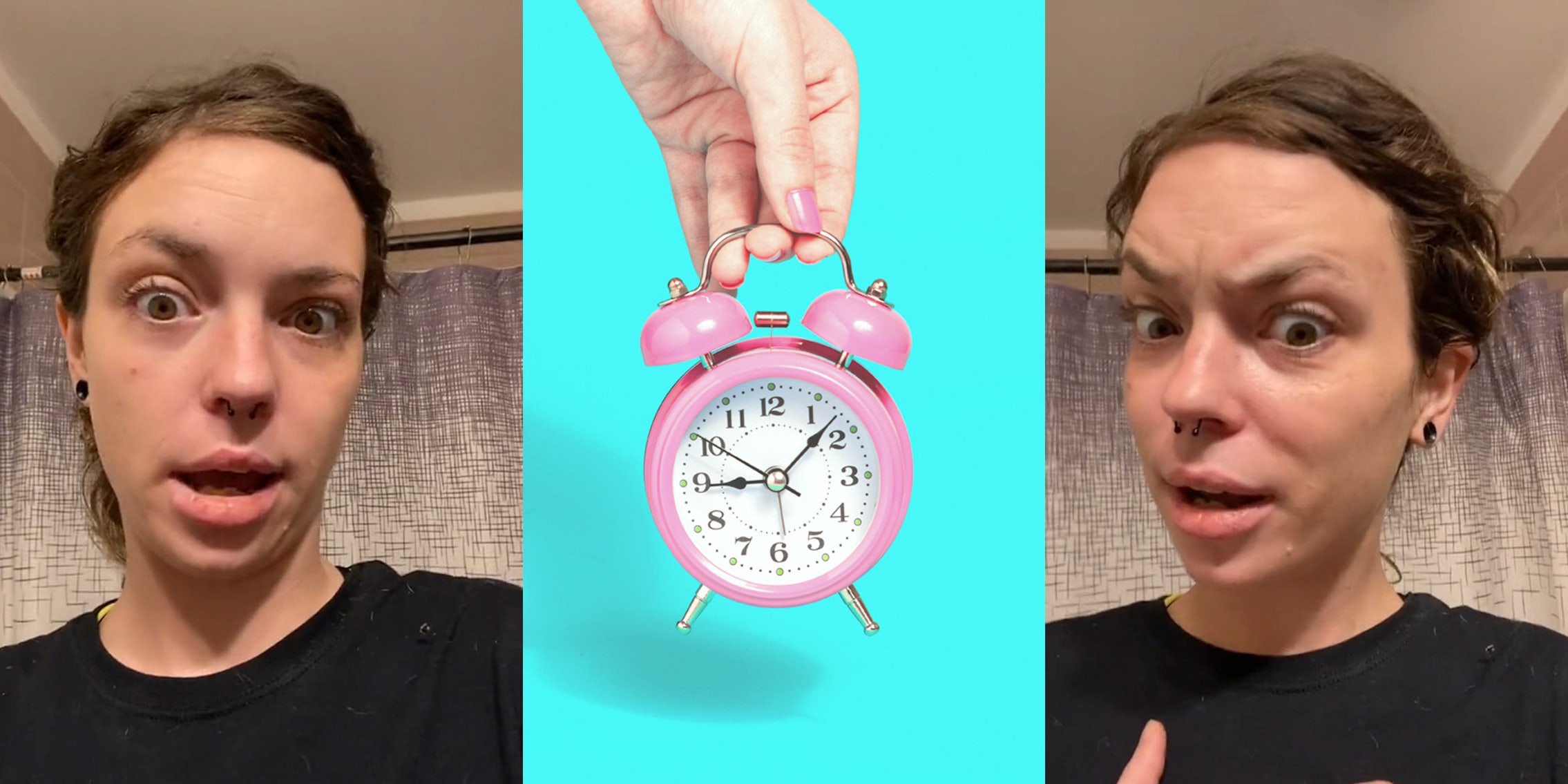 ‘This is unethical and should be illegal’: Worker says she was asked to come in on her day off for ‘mandatory overtime,’ was given less than 24 hours’ notice

'Never answer your phone or a text when you’re off the clock.'

TikToker Olive Jade (@olivejaded) sparked a viral debate on the popular social media platform after delineating a situation where she was asked to work a Saturday “mandatory overtime” shift despite not being given 24 hours’ notice.

Olive explained that she ultimately denied taking the shift since she was asked the night before to come into work. She writes in a caption for the video: “Moral of the story: this is unethical and should be illegal.”

In the clip, Olive explains that she received a text from presumably her supervisor at 10pm on Friday night to come in the next day.

“I work Monday through Wednesday today is Saturday, meaning they texted me on Friday, not days that I’m scheduled to work but it’s ‘mandatory overtime.’ Right?” she says in the clip. “So explain to me why the fuck y’all couldn’t have the common decency to give me at least a 24-hour notice.”

Olive says she was asleep when she received the text and woke up to it the next morning.

“Y’all just expect people to be able to uplift their plans at the drop of a hat for you,” she continues. “You’ve got me fucked up. And the fact that I absolutely refuse to go to work today because I have plans, now I’m gonna get reprimanded? I’m gonna get a point because y’all didn’t give me enough notice? I don’t care and I’m not going.” Olive ends the video by flipping off the camera with a smirk.

But in South Carolina, for example, employers can mandate that employees must work overtime, however, if they have clocked in more than 40 hours a week of work, then they must be compensated for 1.5x of their hourly rate for the extra hours they’ve been forced to put in.

TikTokers who saw Olive’s post had a litany of different responses, with many castigating the practice. Others offered up their own experiences with mandatory overtime based on where they live. There were some commenters who wondered why Olive even answered the message with folks stating that they personally would’ve lied and said they were out of town because they weren’t informed until the previous day that they were being asked to work the shift.

“My job, we signed ‘overtime’ clause when we were hired!” one user wrote. “Most times we stayed over 2 hrs, we could find out 1hr before! Our 5 days off never mandatory.”

“Nope that’s a no… mandatory OT does not apply to PT employees,” another shared.

Others claimed they didn’t see a problem with the short-notice request.

“But you only work on Monday, Tuesday and Wednesday. Three days. I don’t see a problem here,” another argued.

“Damn it’s almost like your an adult with a job and responsibilities but you put girls night first,” one user wrote.

There were some TikTokers who essentially told Olive to “suck it up” and that since she only worked three days a week then being asked to work a fourth day shouldn’t be that big of a deal.

OIive mentioned in the comments section that she told her supervisor she was out of town but said that she was still getting written up regardless. Other TikTokers brought up valid points as well, like what if Olive was working another job that she couldn’t leave a shift for, or just wanted a day for herself on the weekend?

Some even pointed out that she should be compensated for being “on call” even if she isn’t at work because she’s expected to be standing by whether or not to see if she can work the additional day.